The Norwegian Elk Laika (Norwegian Elkhound) is a northern breed of dog in the Spitz type, used primarily for hunting elk. Recognized as the national breed of Norway. A wonderful family dog, the companion, strongly attached to family members and owner, but at the same time remains independent and self-reliant. Hardy and very viscous in work. Also suitable for hunting other large and small animals. Norwegian Elkhounds are available in gray and black colors, they are very similar in appearance and character, but are considered separate breeds, each has its own standard. 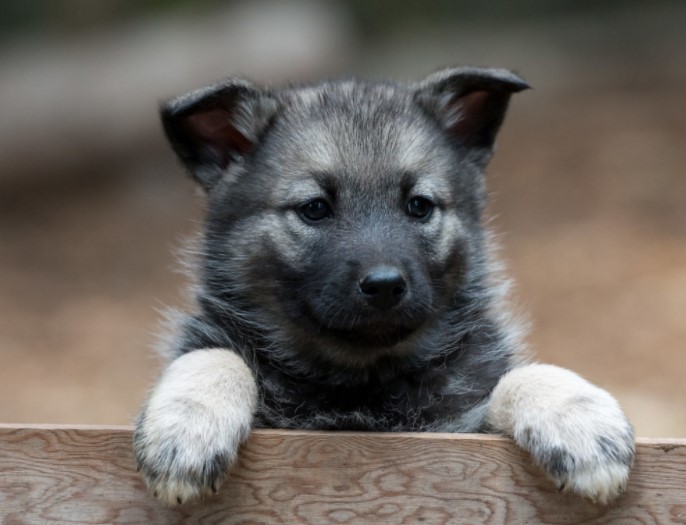 In the Scandinavian countries, dogs of the modern Norwegian Elkhound type have been known since the days of the Vikings. But it cannot be argued that they are the progenitors of the Norwegian Elk Laika. The Norwegian Elkhound was bred on the basis of the hunting dogs existing at that time, which were selected according to a number of criteria. Tribal activities began at the beginning of the 19th century. The ancient origins of the Elkhounds have also been disproved by recent genetic studies by Heidi G. Parker et al. In 2004.

According to the study, the Elkhound genetically belongs to the most modern European breeds. The Norwegian Elk Laika was first shown at the exhibition in 1877. At the end of the 19th century, the breed was officially recognized by Swedish and Norwegian Kennel Clubs. In 1901, a standard was written for the black and gray variety. In 1955, the Norwegian Elkhound was recognized by the Fédération Cynologique Internationale (FCI). 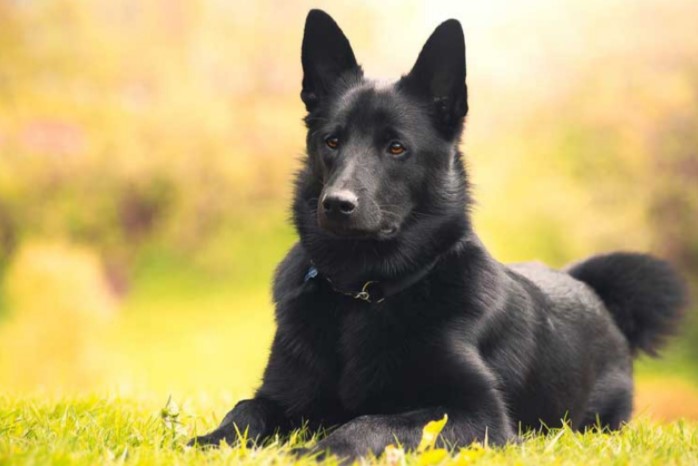 The Norwegian Elkhound is typical Spitz with a compact short body, erect ears, thick, abundant coat, and tail curled on the back. Height at withers:

The skull is wedge-shaped, relatively flat between the ears. The cheekbones are prominent. The stop is moderately pronounced. The muzzle tapers towards the black nose gradually. The bridge of the nose is straight. The lips fit well. Scissor bite. The eyes are dark brown, non-convex. The ears are set straight and high, small, pointed, very mobile. The width of the ears at the base is slightly less than the height.

The body is sturdy and durable. The topline is straight. The withers are well developed. The back is straight and strong. The croup is wide and strong. The chest is deep, wide, with curved ribs. The bottom line is almost straight. The tail is set high and relatively short. Curls tightly and sits on the center topline without leaning over to either side. Legs are strong, strong, straight, dryish. Feet are relatively small, compact, with well-knit and forward toes.

The coat is of medium length, coarse, thick. The guard hair is plentiful, without curls. On the front side of the legs, on the head, the hair is smooth, short. Long on the neck, back of the limbs, thighs, tail. The undercoat is soft and dense. Color: 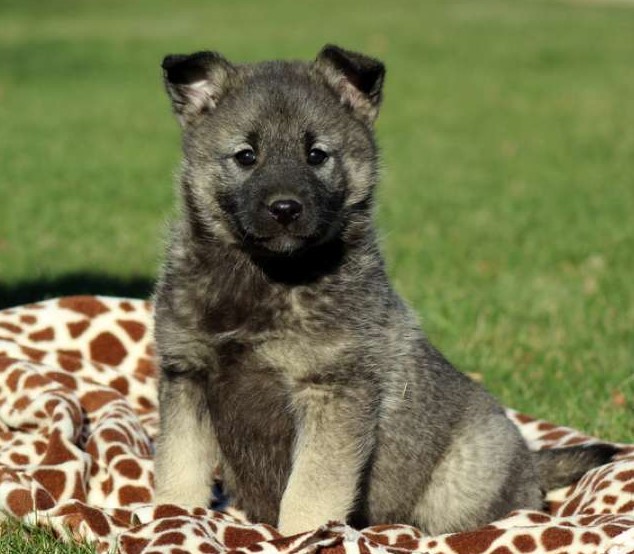 The Norwegian Elk Laika is an energetic, affectionate, well-balanced dog with a strong sense of self-esteem. Blind obedience is unusual for her, for this dog is too independent and independent. Loves family members very much. Elkhound is especially affectionate and welcoming to the one she has chosen as the owner. In the event of a threat, he protects his own with a loud bark, but will not attack. Elkhounds treat children well, try to protect babies, understand their vulnerability, tolerate pranks. Older children will be companions in active games. During the hunt, it can show aggression towards other dogs. With proper upbringing and socialization, they get along well with other pets. 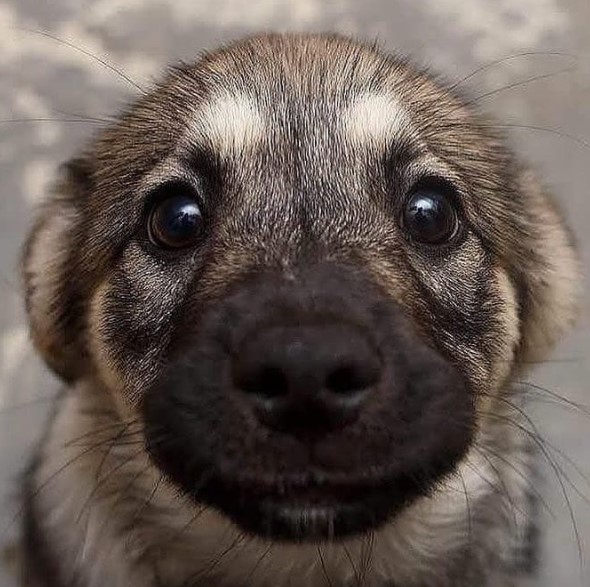 The Norwegian Elkhound is not well suited for apartment life. The best option is to keep in the courtyard of a private house. If only because the dog will be able to stretch his legs, and he needs very good physical activity. At the same time, it is not necessary to set an aviary, only a booth will be enough. Thick, dense wool protects from bad weather and warms in severe frosts. The Norwegian Elkhound, unlike many other hunting dogs, does not seek to leave the house in search of adventure, it loves its owner too much and is tied to the territory that needs to be protected, at least from neighboring cats.

The Norwegian Elkhound does not require very difficult grooming. Seasonal shedding is profuse, during which time the dog should be brushed daily to help renew the coat. The rest of the time, molt is moderate, weekly brushing is sufficient. They bathe only when absolutely necessary, usually 2-3 times a year. Owners also need to monitor the condition of the dog’s ears, eyes, and claws. 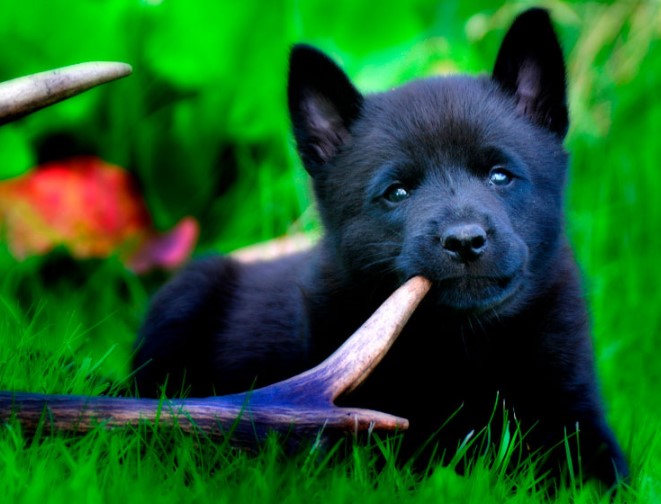 The Norwegian Elkhound is one of those breeds that rarely suffer from hereditary diseases. The list of those includes:

Life expectancy is 12-16 years. There are reports of Elkhounds that lived for 18 years or more. Obligatory veterinary preventive measures are annual vaccination, regular treatment against parasites. An annual physical examination is recommended.