Velella is a small colonial representative of hydroids, an oceanic pelagic species. The only representative of the genus. The species is widespread in the subtropical and tropical latitudes of the World Ocean, in Europe it is found in the western Mediterranean Sea and on the western coast. The main finds of the species are known from individuals thrown by the sea on the coast in Great Britain and Ireland. 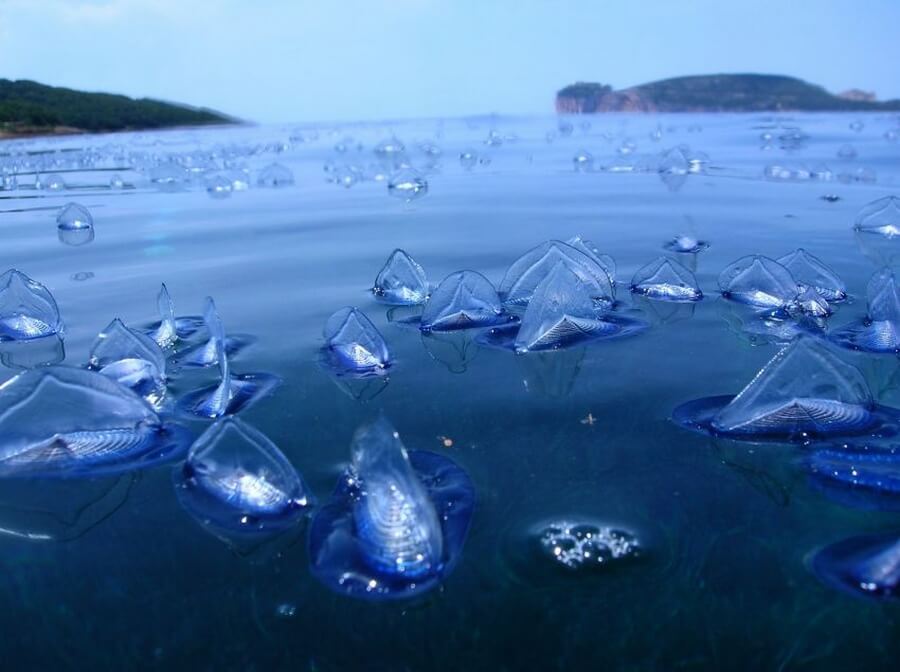 Inside the colony, a flat, air-filled chamber of chitin is formed that is covered with a mantle. It is she who ensures the maintenance of the entire colony on the surface of the water. The base of the colony is an oval reinforced with chitinous structures. 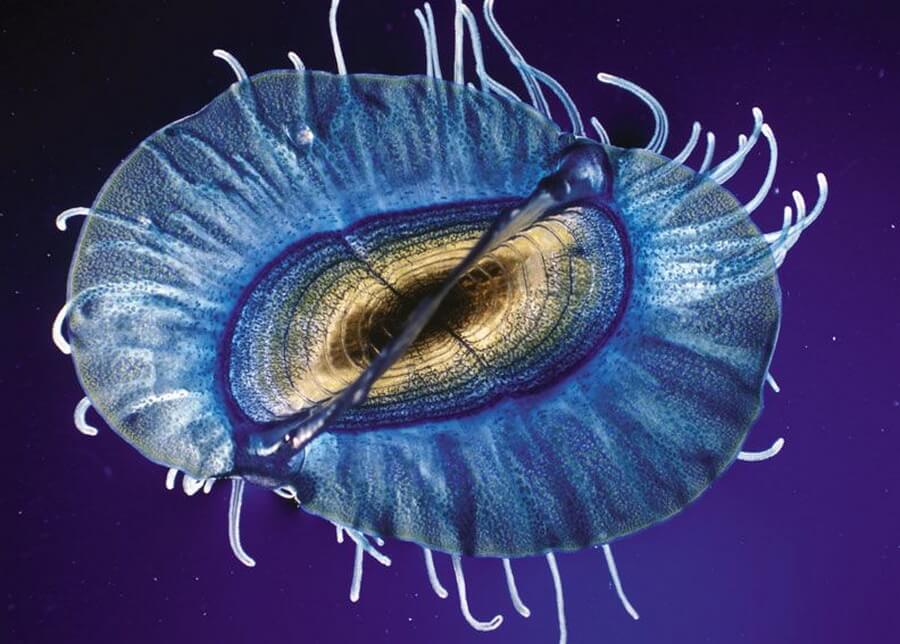 Floats on the surface of the water. Among individuals of this species, there are approximately equal numbers of “right-handed” and “left-handed” specimens: they differ in which direction diagonally from the front end their “sail” is beveled. 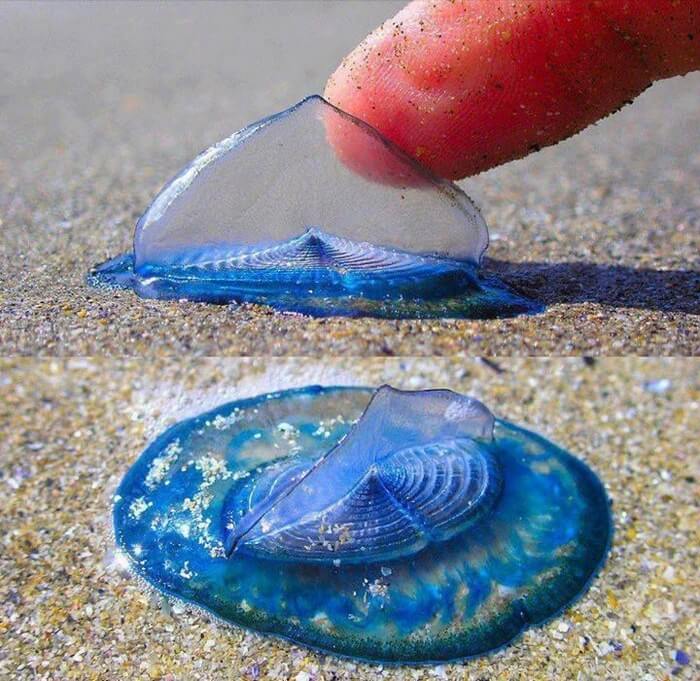 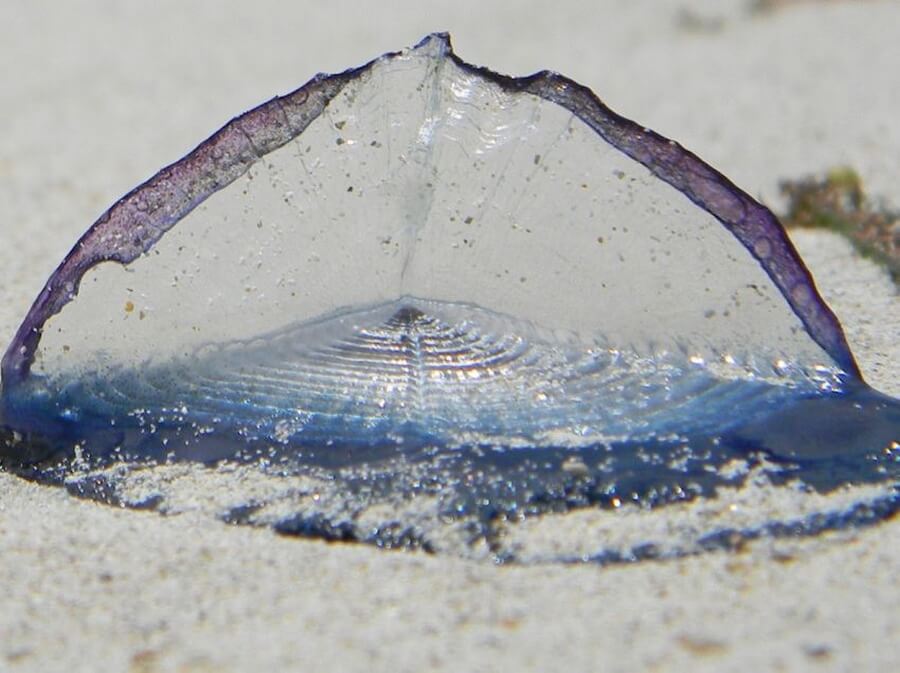 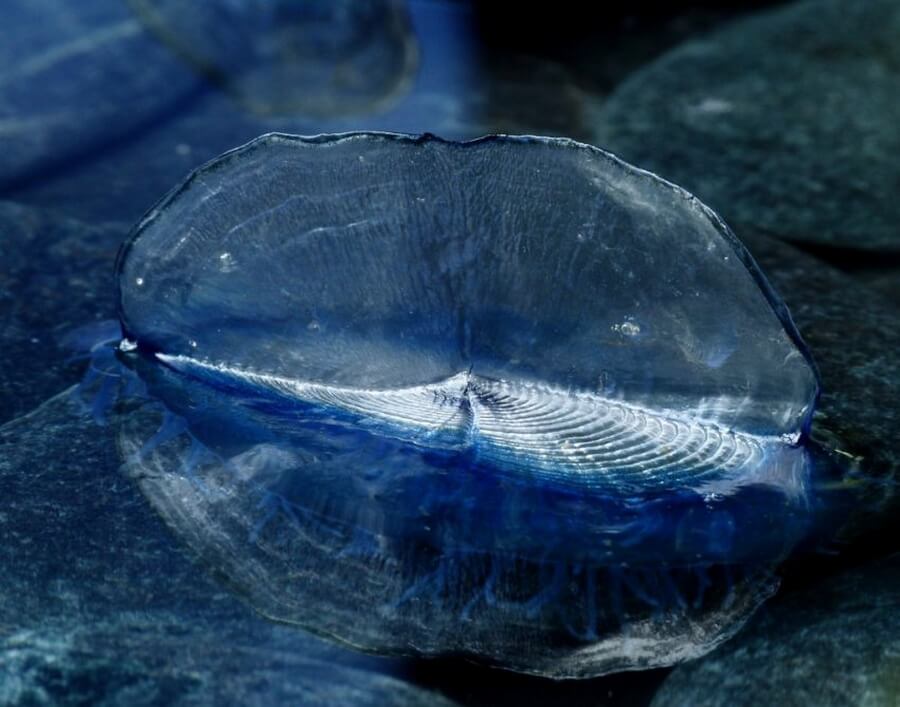 By-the-wind Sailor (Velella) is a predator that eats small fish.