The small viviparous fish Poecilia has been loved by more than one generation of aquarists. Its attractive appearance, pretentiousness, and ease of breeding in an aquarium make it a good choice for beginner aquarists. 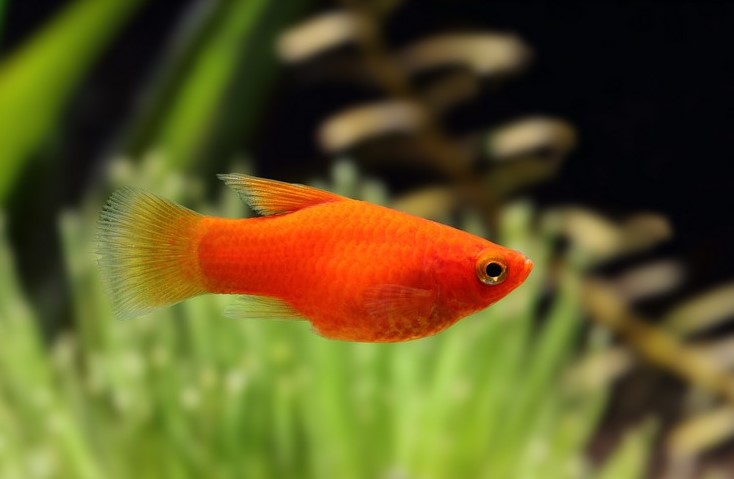 Poecilia is usually less than 5 cm in size in an aquarium. The body is shortened, the tail fin is wide. Body-color is very diverse. And if the natural form is rather unremarkable (yellow-brown body with two dark spots at the tail), then modern aquarium variations come in red, yellow, spotted, and other colors. The shape of the fins may also differ. Poecilia Balloon – selection form with a rounded body and curved spine. There are also forms with an elongated dorsal fin. 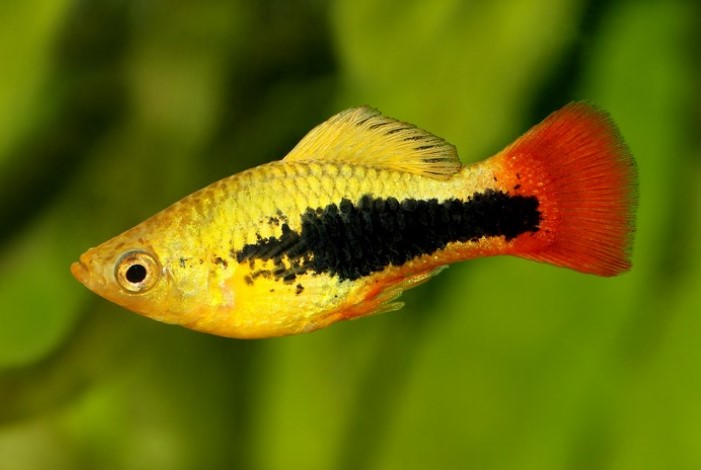 Poecilia is widely found in southern North America (California, Colorado, Florida) and Central America (Mexico, Guatemala). It prefers reservoirs with freshwater but is very often found in the lower reaches of rivers flowing into the Atlantic Ocean, where water has increased salinity due to mixing. The soil in such biotopes is usually muddy, with dense thickets of plants. The most attractive individuals live on the Yucatan Peninsula. 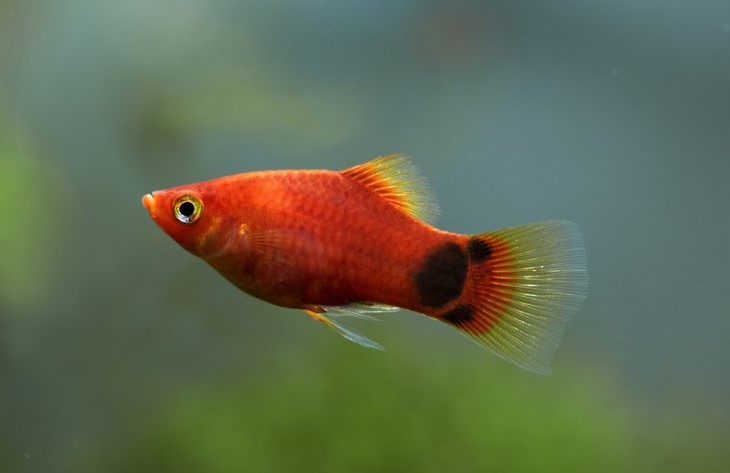 This form got its name for an unusual at the base of the caudal fin: in the center, there is one large black spot, on the sides – two small ones. This is very reminiscent of the silhouette of the famous cartoon character – Mickey Mouse. At the same time, the main body color can be very diverse: from golden to blue shades. 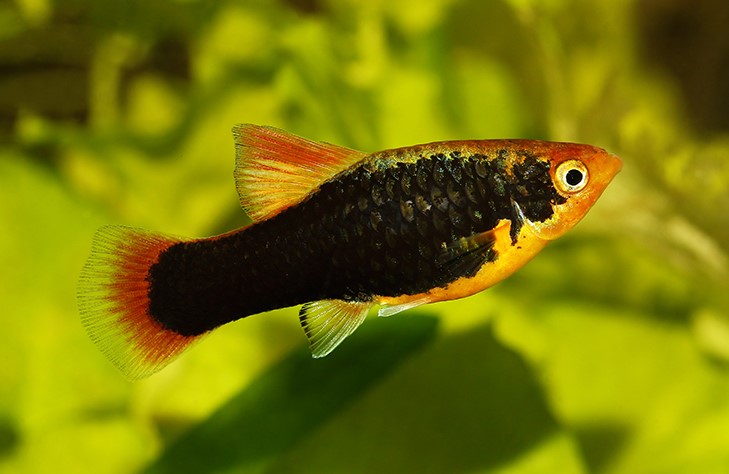 A feature of this form is the predominantly black body coloration. However, these fish are never completely black. Their head, fins, and tail are colored in lighter colors (red, orange, etc.) 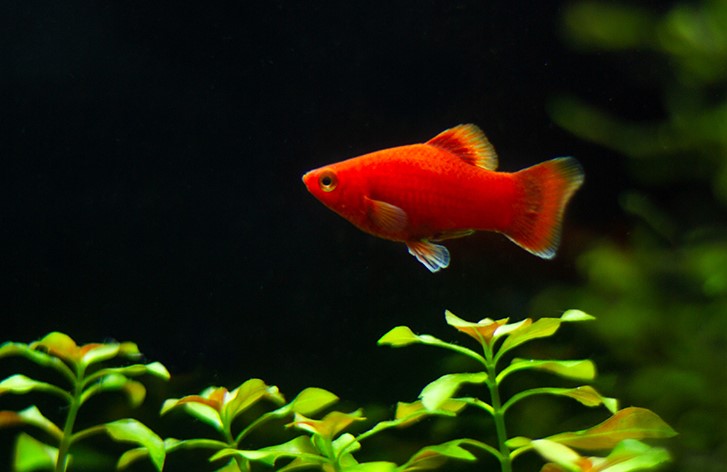 It is with this form that numerous errors are associated. The fact is that when determining, it is necessary to look not only at the color of the body but also at the fins. The widespread and popular red-bodied and black-tailed fish belong to a different group. It is customary to call Red with a pure red color of the body and fins (which can sometimes be translucent). 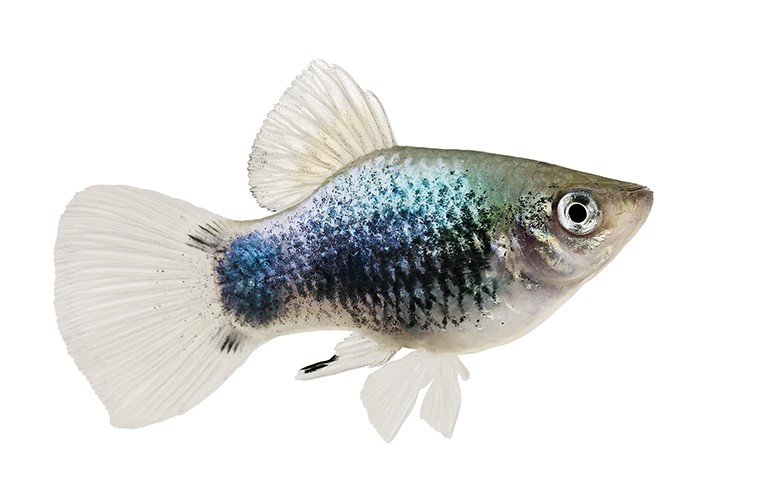 The body of this fish is colored blue, which is reflected light has a characteristic neon or metallic sheen. This color is determined by special cells – iridophores. Partially similar coloration may be present in other breeds. 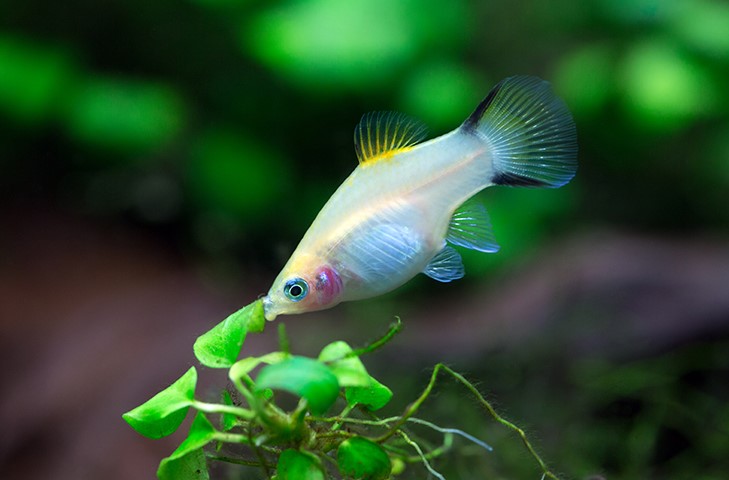 This group includes fish in which genes responsible for the formation of body pigments were “turned off” during the creation process. Therefore, the body has no color other than white. Internal organs and red gills are often visible through the scales. The fins may differ in color from the body. A rather rare breed, since such a phenotype is practically not transmitted to the offspring. 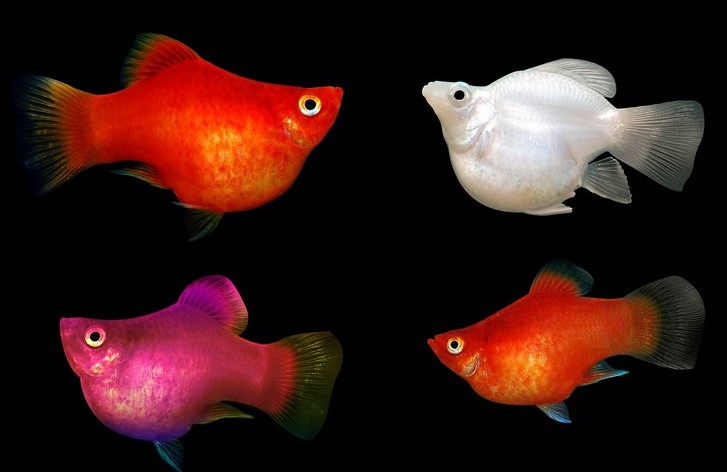 This fish attracts attention with its unusual body shape. It is almost round with a protruding belly. The body itself is shortened, the spine is curved. Despite its extravagant shape, this fish is very popular with aquarists. A large number of color variations played an important role in this. You can find golden, marble, silver, black and red colors. It should be noted that when breeding, fish are born with a straight spine, which is deformed already in the process of growing up. This species is relatively clumsy, so it is better not to choose very mobile fish as neighbors. 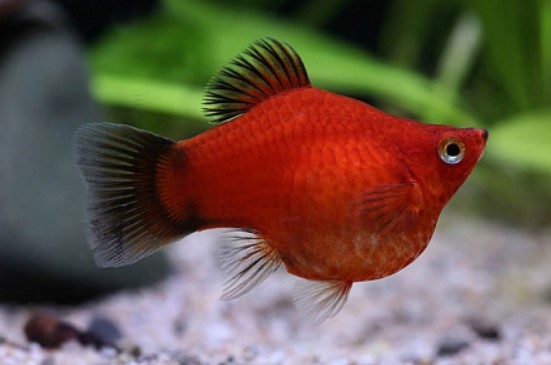 A very interesting breeding form of fish. It was bred back in the 70s of the XX century. The main difference from other species is the unusual structure of the caudal fin. It has the shape of a rhombus, in the central part a wide or narrow strip continues. The color of the body can be varied, but the classic is the red body and black tail, which from the side really resembles a “radish” pulled out of the ground. Keeping and feeding the species is no different from other species. 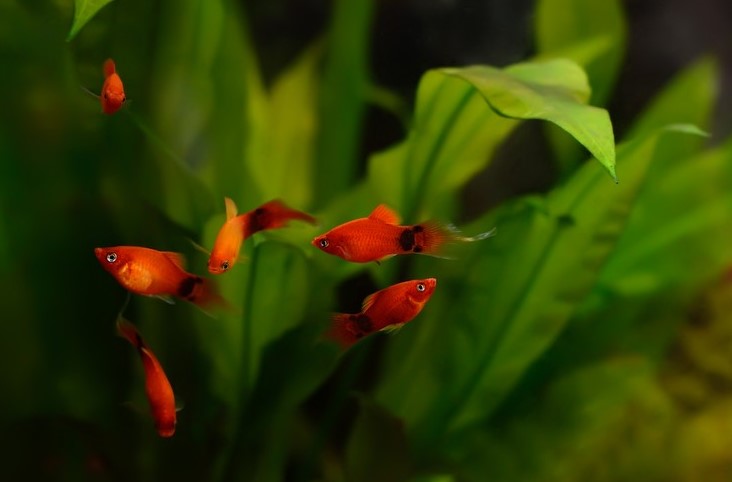 These are quite unpretentious fish in keeping, but, nevertheless, they require the creation of certain conditions in which they will be as comfortable as possible.
For fish, an aquarium of 15 liters per pair is suitable. But considering that it is better to keep fish in small flocks of 6 individuals, as well as the high fertility of the species, it is better to stop at an aquarium of 60 liters or more.

It is necessary to provide the fish with good filtration and aeration, especially when the fish are tightly planted. It is better to choose dark soil. In their natural habitat, these fish prefer densely overgrown reservoirs, therefore, a large number of plants must be planted in the aquarium, not forgetting, of course, to leave room for free swimming, because Poecilia is a very mobile fish. Cryptocoryne, echinoderms, elodea, hornwort, and others are well suited.

It is worth noting that Poecilia is a hard water lover; when kept in very soft water, it is more susceptible to disease. To increase the hardness, you can use marble chips. We recommend weekly water changes up to 20% of the tank volume.
In relation to these fish, the issue of periodic salting of water is acute. Fish tolerate increased salinity without any problems. But in most cases, you should not get carried away with this, it is better to use salt only as a medicine. 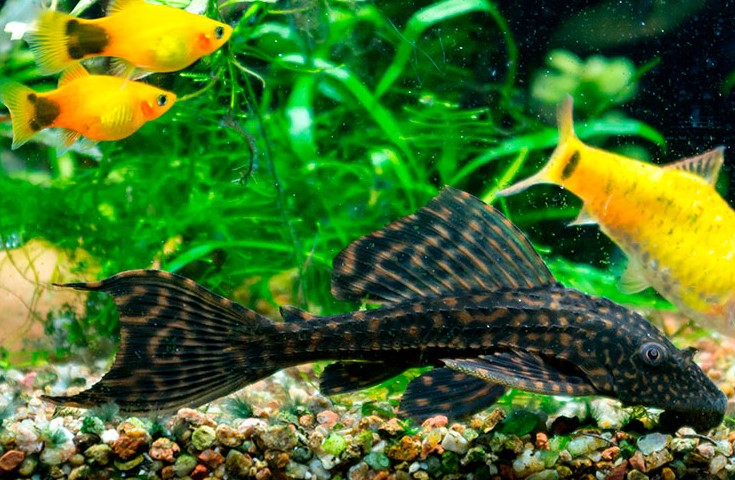 Poecilia is a peaceful fish. It coexists well both with its relatives and with other types of fish. The best neighbors for Poecilia will be calm, medium-sized inhabitants with similar living conditions. 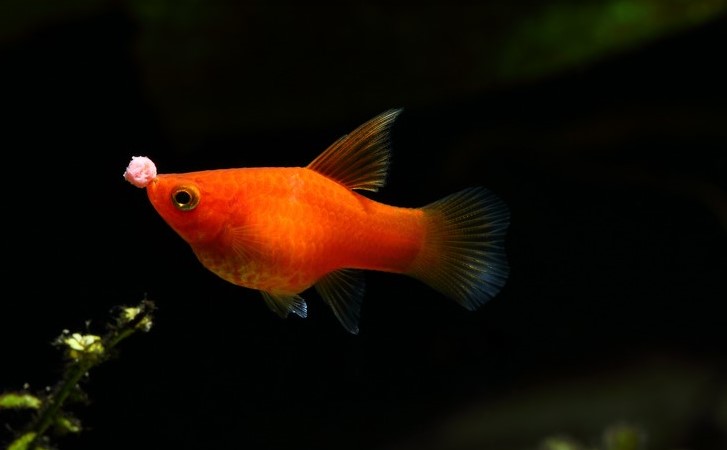 In nature, Poecilia feeds on small insects and algae. Vegetable fiber is necessary for these fish for the good functioning of the gastrointestinal tract. In the aquarium, the fish eat any food and are rather unpretentious in food. In an aquarium, fish usually swim in the upper and middle layers of the water, so it is more convenient for them to eat food in the form of flakes or chips. It is necessary to feed these fish several times a day in small portions, which the fish can eat in a few minutes.