African Lake Tanganyika is famous for its endemic fish. Many of these are popular aquarium species. Princess Burundi is a small, peaceful cichlid that was one of the first to appear in hobbyist aquariums. The features of keeping this graceful fish will be discussed in our article.

Princess Burundi or Neolamprologus Brichardi (Neolamprologus brichardi) is a freshwater tropical fish from the Tsichlov family. Endemic to Lake Tanganyika in Africa.

The Latin name was given to the fish in honor of the French naturalist Pierre Brichard, a researcher of the fish fauna of Lake Tanganyika, who later organized a company to supply exotic cichlids. The second common name is associated with the place of the first catch of these elegant fish – the coast of the state of Burundi.

In nature, fish keep in large flocks based on consanguinity, where a strict hierarchy is observed. The nucleus of a flock is a group of producers (up to 10 individuals) that actively reproduce. At the same time, not only parents but also grown-up individuals of previous generations take care of caviar and fry.

It is one of the most popular cichlids of Lake Tanganyika due to its simplicity in keeping and breeding. The princess of Burundi cannot be called “timid”, on the contrary, she loves to move in open water. Peaceful and calm look, well suited for keeping with other fish. 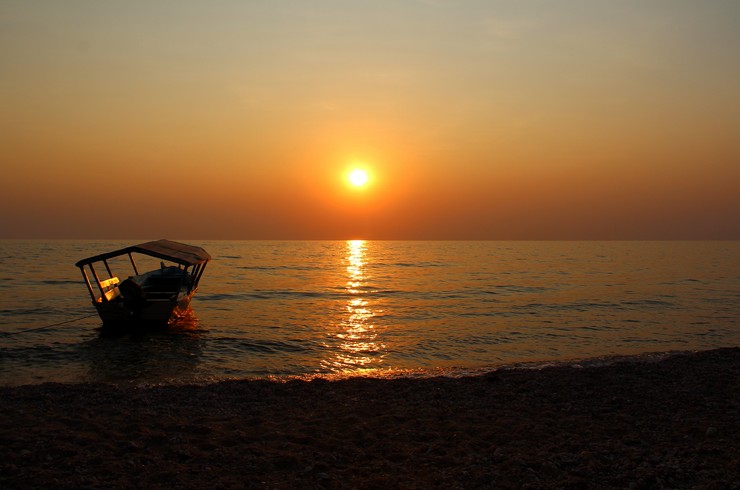 Neolamprologus Brichar is deservedly called “princess”. The fish looks elegant: it has an elongated body and veil fins with pointed tips. The tail is shaped like a lyre. The usual size of fish in an aquarium is about 10 cm.

The coloring of the Burundi princess may seem relatively modest, but if you look closely at the fish, you can find many striking details. The main body color of the Neolamprologus is pinkish-beige with small yellow specks. The lower part of the head has a mosaic pattern with a bluish tint. A small black stripe extends from the eyes to the edge of the operculum, above which there is a yellow spot. One of the most attractive features is the bluish edging of all fins. During the mating season, the fins of the males become greenish-blue. Sexual dimorphism is poorly expressed: males are larger and have longer fins. 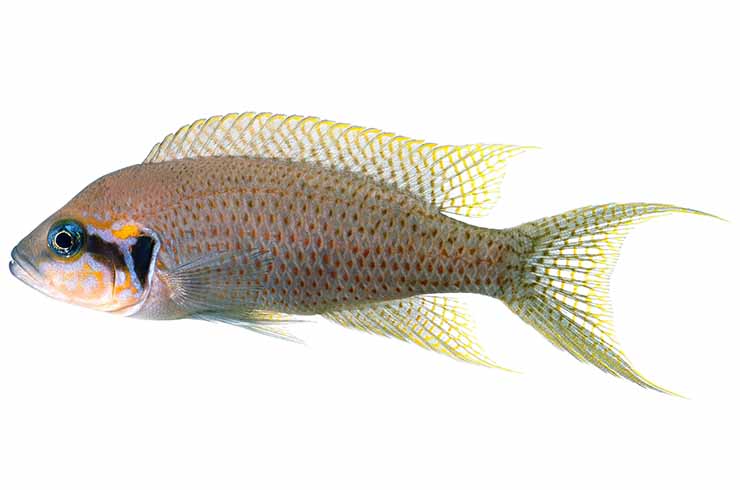 In the natural environment, the Princess of Burundi is found only in Lake Tanganyika (East Africa), mainly in its northern part.

Fish prefer coastal areas with rocky gorges. They live at depths of up to 7 meters. They spend most of their time near the bottom. They live in large flocks (up to 100 individuals), they break into pairs only during the spawning period. The water in the lake is quite hard and alkaline, which must be taken into account when keeping this species at home.

Keeping a princess of Burundi in a home aquarium is not difficult. You can have a couple of fish for which a 60-liter aquarium volume is sufficient, but flocking in aquariums from 130 liters will be more suitable. Neolamprologuses are jumping fish, so the aquarium must be covered with a lid or coverslip. 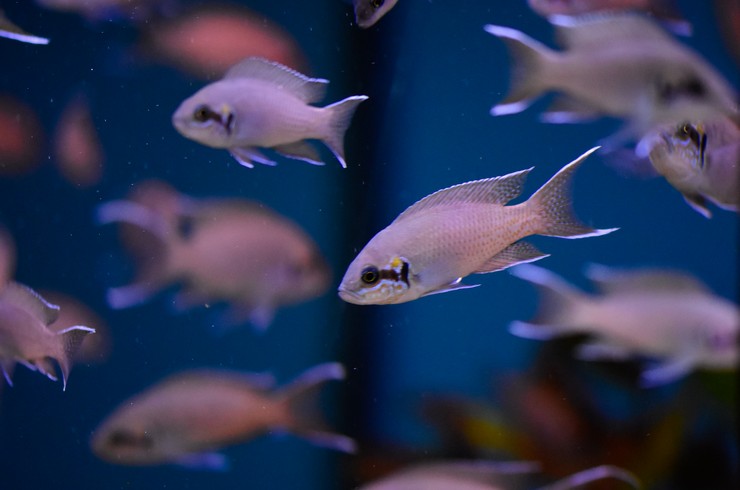 Unlike most cichlids, who prefer to constantly hide in shelters, the Princess of Burundi is a connoisseur of “open” water. Therefore, do not overload the aquarium with a large number of decorations; it is better to leave the fish room for swimming. Natural stones and fragments of rocks are best suited for decor. You can plant unpretentious plant species such as anubias and Vallisneria. 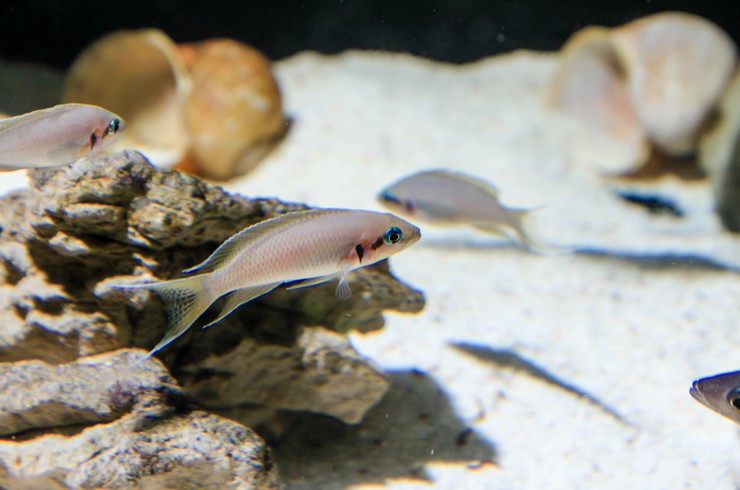 The princesses of Burundi are lovers of clean and oxygen-rich water. Therefore, an external filter and compressor are required. You will also need a thermostat, because the water in Lake Tanganyika is warm, and cichlids live comfortably at temperatures close to 25 ° C. To maintain high water quality, weekly changes are required – up to 20% of the tank volume.

Princess Burundi belongs to the peace-loving species. Fish get along well with most tropical fish, as well as those that are smaller in size. The inhabitants of Lake Tanganyika will become good neighbors: other Neolamprologuses, Yulidochromis, Synodontis. Fish can be kept with large iris and barbs. It is not recommended to live with Malawian cichlids of the Mbuna group.

It should be noted that during the spawning season, the character of the princess of Burundi deteriorates many times over. Males begin to see a threat to their offspring in any fish that swim into their territory.

Feeding the princess of Burundi

In nature, the basis of the diet of the princess of Burundi is algal fouling on rocks, Phyto- and zooplankton, insects. When kept at home, fish are happy to consume high-quality dry food. Feeding Neolamprologus live or frozen food is not recommended for a number of reasons: first, they are predominantly proteinaceous, which is harmful to the digestive tract of herbivorous cichlids; secondly, they can become a source of infection in the aquarium.

Food in the form of pellets, which slowly sink to the bottom, where the fish like to spend most of their time, are especially good:

Breeding the princess of Burundi at home is not difficult. Often, the fish spawn on their own, in shared aquariums.

Sexual dimorphism in fish is not pronounced. The most correct procedure for selecting pairs is to buy a group of young individuals and wait until they are formed.

Fish ready for spawning choose their place. The female is able to lay up to 200 eggs, after which she takes care of them, and the male protects the territory.

The incubation of eggs lasts 2-3 days, and a week after hatching the fry are already able to feed on their own. The princess of Burundi takes great care of the offspring, while other generations of fish are also involved in the “education”.

Sexual maturity occurs at the age of 8-10 months.