Tonkinese is a breed of domestic cat, obtained by cross-breeding between Siamese and Burmese cats. 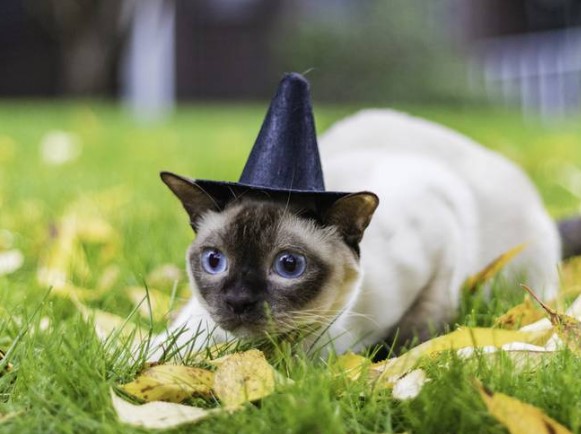 History of the breed

This cat is the result of work on crossing Burmese and Siamese cats, and she combined all their best features. However, there is a very high probability that these hybrids existed long before that.

The modern history of the Tonkin cat began no earlier than the 1960s. Looking for a medium-sized cat, breeder Jane Barletta (Jane Barletta) from New Jersey crossed a Burmese and Siamese cat.

Around the same time, in Canada, Margaret Conroy (Margaret Conroy) married her sable Burmese with a Siamese cat, as she could not find a suitable cat of her breed for her. The result is kittens with lovely blue eyes, beautiful brown coats, and small size.

Barletta and Conroy met by chance and joined forces in the development of this breed. Barletta did a lot to popularize the breed in the United States, and news of the new cat began to creep among breeders.

It was first recognized by the Canadian CCA organization called Tonkanese, but in 1971 breeders voted to rename it the Tonkanese organization.

Naturally, not everyone was happy with the new breed. Most breeders of Burmese and Siamese cats did not want to hear anything about the new hybrid. These breeds have already gone through years of selection to get the distinctive features: the grace and fragility of the Siamese and the muscularity of the Burmese. 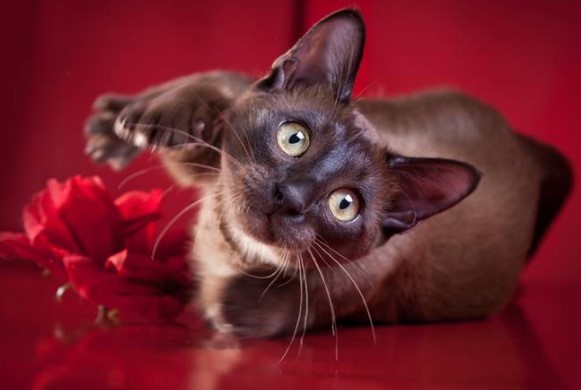 They, with their rounded head and medium body size, took a position somewhere between them and did not delight the breeders. Moreover, even reaching the standard for this breed was not easy, as little time passed and it simply did not form.

However, the story did not end there, and after many years the cats received the recognition they deserve. In 1971, the CCA became the first organization to award a championship to the breed. It was followed by CFF in 1972, TICA in 1979, CFA in 1984, and now all feline organizations in the United States.

Tonkinese is the golden mean between the streamlined Siamese and the stocky Burmese. She has a medium length body, well-developed muscles, angularity.

The abdomen is tight, muscular, and hard. The paws are long, the hind legs are slightly longer than the front ones, the paw pads are oval. These cats are surprisingly heavy for their size.

The head is in the shape of a modified wedge, but with rounded outlines, longer than wide. The ears are sensitive, of medium size, wide at the base, with rounded tips. Ears are placed at the edges of the head, the hair of them grows short, and they themselves are thin and transparent to the light.

The eyes are large, almond-shaped, the outer corners of the eyes are slightly raised up. Their color depends on the color of the coat; point with blue eyes, monochrome with green or yellow. Eye color, depth, and clarity are clearly visible in bright light.

The coat is medium-short and tight-fitting, fine, soft, silky, and with a shiny sheen. Since cats inherit the colors of other breeds, there are quite a few of them. “Natural mink”, “Champagne”, “Platinum mink”, “Blue mink”, plus point (Siamese) and solid (Burmese).

This introduces confusion (remember how happy the breeders of Siamese and Burmese were?), Since these same colors are called differently. Now in the CFA, the crossing of Tonkinese with Siamese and Burmese is prohibited for many years, but in TICA it is still allowed.

But, since these cats have a unique head and body shape, breeders rarely resort to crossbreeding.

And again, Tonkin cats have combined the intelligence, talkativeness of the Siamese and the playful and domestic character of the Burmese. All this makes Tonkinesos super cats: super smart, super playful, super gentle.

They are also real supermen, they move with lightning speed and can fly up a tree in a second. Some hobbyists even claim to have X-ray vision.

Although they are quieter and less meowing than Siamese, and they have a softer voice, they are clearly not the quietest breed of cats. They want to tell all the news they have learned to their loved ones.

For Tonkinesis, all toys, from a paper ball to super expensive electronic mice, especially if you get involved in the fun. Like the Siamese, many of them play with the ball and can bring it back for you to re-throw.

After a good game, they happily lie next to their loved ones. If you are looking for a cat that loves to lie in your lap, then you have found the best breed. 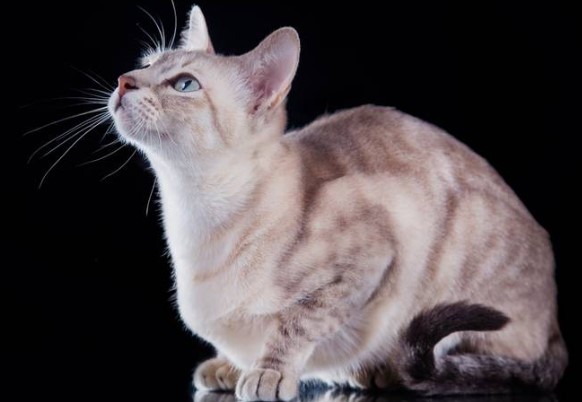 Amateurs say that Tonkinesis choose their own family, and not vice versa. If you are lucky enough to find a breeder, ask him for a kitten, take it home, put it on the sofa, the floor, hold it in your arms, feed it. Even if it does not look like the one you would like. A trusting, gentle relationship with him is much more important than the color of the eyes and coat.

Cats love human attention, they are ready to purr for hours for someone who will share this attention with them. They love people, are attached to them, they want to become family members, rather than just pets.

Of course, this cat is not for everyone. Living under the same roof as a Tonkin cat can be challenging. Very sociable, they do not tolerate long periods of loneliness.

This can be a problem as they become depressed.

They do get along well with other cats and friendly dogs, though, so you can always make a friend with them. But, if you do not have such an opportunity, then it is better to stop at another breed.

Do you want to buy a kitten of this breed? Remember that these are purebred cats and they are more whimsical than simple cats.

If you do not want to buy a cat and then walk in the wind, then contact experienced breeders in good catteries.

There will be a higher price, but the kitten will be litter trained and vaccinated.