If one day in a store you are offered to buy an X-ray fish, do not be surprised. After all, this is one of the names of the popular pristella aquarium fish. But why it received such a strange name, as well as what care this fish will need, you will learn from our article.

Pristella (Pristella maxillaries) is a freshwater ray-finned fish from the Kharacin family. Its homeland is the reservoir of South America. This species is the only representative of its kind. Pristella has many trade names, so you can find it as a transparent tetra, “goldfinch fish” or “X-ray tetra”. This name was given to the fish because of its almost transparent body, if you look closely, you can see its spine and internal organs, just like on an X-ray.

Pristella is distinguished not only by its unusual appearance. This is one of the most tenacious and picky to the conditions of the fish, which is excellent for novice aquarists. Pristellas lead a gregarious lifestyle and reproduce relatively easily at home. Fish can tolerate a slight increase in water salinity.

Pristella has a body shape characteristic of many South American tetras – almost diamond-shaped. There is a small mouth and large eyes on the head. The caudal fin is two-lobed and colored bright red. The body of the fish itself is silvery and transparent, but the scales are capable of refracting light in such a way that an amazing golden reflection appears. 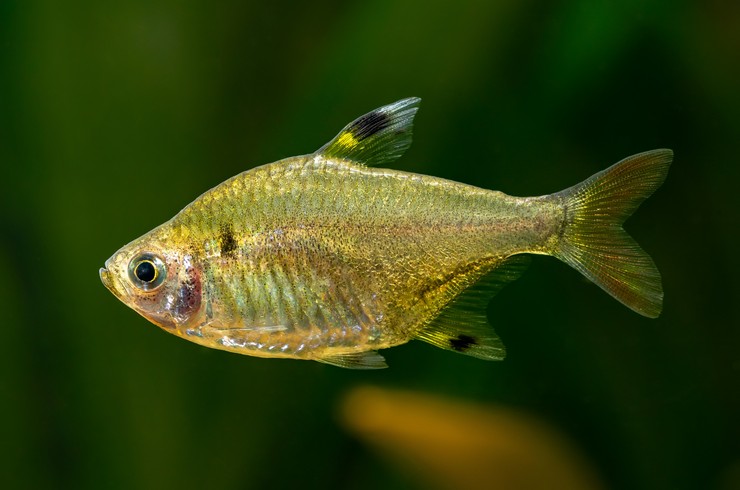 Life expectancy in a home aquarium is about 5 years.

In nature, pristella can be found in tropical South America. It is widespread in the Amazon and other major rivers. A typical biotope in which pristella lives is a small slow-flowing stream or backwater. There are populations that live in river mouths, where fresh and saltwater mixes, hence the ability of the fish to tolerate increased salinity.

During the rainy season, when tropical rivers overflow their banks and flood large areas, bristles can migrate to flooded areas, where they live among vegetation hidden underwater.

Pristella is a schooling fish, so it must be kept in groups of 6 or more individuals. Fish left alone experience severe stress – this must not be forgotten. And the maximum color and interesting forms of interaction of the pristella will show only in a flock. 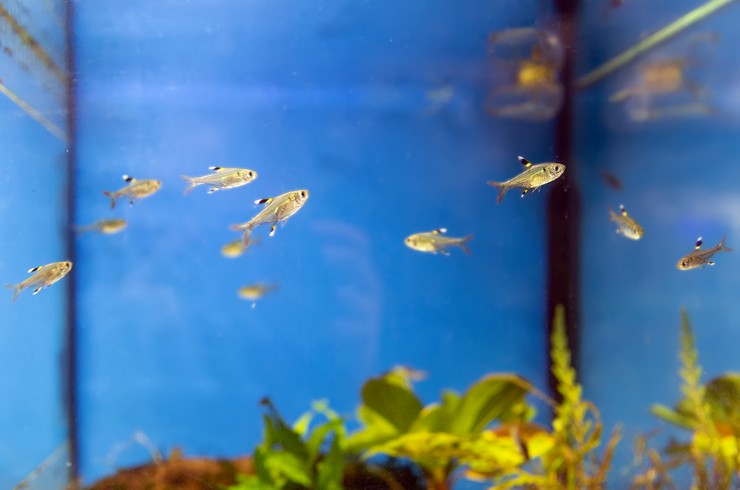 It is best to keep representatives of this species in aquariums from 60 liters. It should be decorated in a natural style using stones, driftwood, and live plants. The latter should form dense groups, but do not forget to leave room for the fish to swim freely. It is better to use dark soil, on it the fish will look more contrasting.

Tetra ToruMin conditioner can be added to the water. It contains natural peat extract, which will give the water a “tea” tint. In such water, fish live in their homeland. Lighting should not be too bright, dimmed lights are more to their liking. Floating plants can be used to make them soft and diffuse. 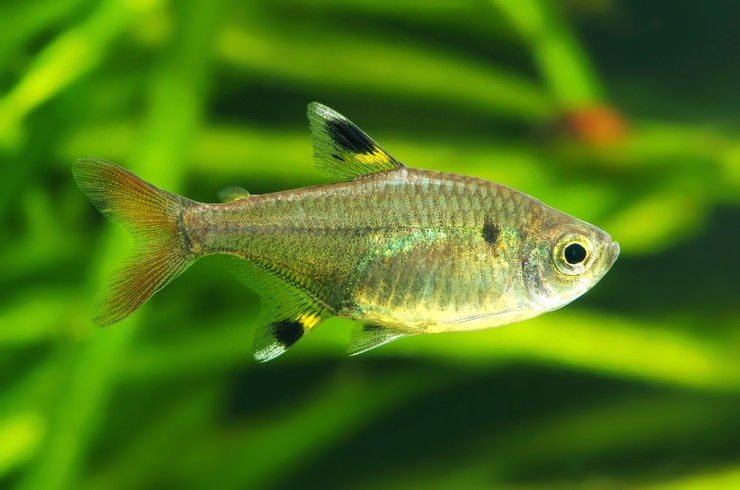 The Foristell must be kept in clean water, so a filter is required, but try not to create too much current. It is better to use soft water.

Pristella is a peaceful creature that will not bring any trouble to anyone. It is a great choice for a community aquarium. The fish gets along well with all calm decorative species: tetras, neons, thorns, rasbora, nannostomuses, viviparous fish, corridors, ancistrus, lalius, etc. “Tetra-X-ray” feels good in the company of apistograms and pelvicachromis, as well as barbs.

Pristella is a fish that is completely picky about food. She is happy to eat high-quality dry food, which (unlike live and frozen) are not only safe but also provide your pets with a full range of nutrients and vitamins. The only thing to consider is the size of the food, it should fit the small mouth of the fish.

The following foods are good choices:

And offer your pets bloodworms or brine shrimp from the Tetra FreshDelica series as a healthy and nutritious treat.

Pristella can be bred at home, although there are some minor difficulties associated with pairing and feeding the smallest offspring.

Sexual differences in fish are insignificant: females are larger, have a rounded abdomen, during the spawning period, eggs can be seen inside the body. Unfortunately, matchmaking doesn’t always go smoothly. Often, the male does not perceive the female as a partner and refuses to spawn. 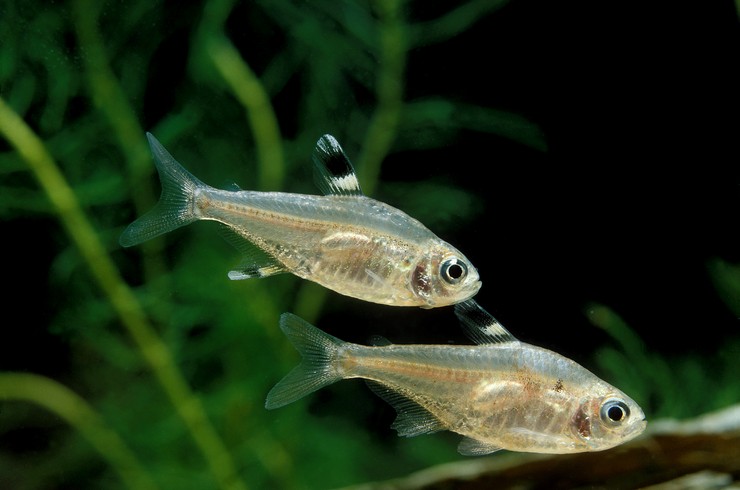 It is better to breed fish in a separate spawning aquarium. A volume of 40 liters will suffice. A separator mesh is laid on the bottom of Javanese moss is used – eggs will stick to it. The water should have a temperature of 24-26 ° C and a hardness of up to 4 dH. Eggs and fry are sensitive to light, so darkening your aquarium is a good idea.

It is advisable to plant the producers for a week in different aquariums before spawning and feed them abundantly, and then combine them together. If the partners are suitable, then they begin mating dances: they circle in front of each other.

The female covers 300-400 eggs. Breeders should be removed immediately after this process so that they do not encroach on their offspring. The incubation of eggs takes 2-3 days, and after 3-4 days, the fry begins to swim on its own.