Pugs can be characterized up in one word – kind.

The pug is a pretty handy decorative pet. By nature, pugs are affectionate and easily get along with children. Representatives of the breed are quite independent, but at the same time infinitely kind and loyal to their owners. Smart, quick-witted, calm, and reasonable dogs. 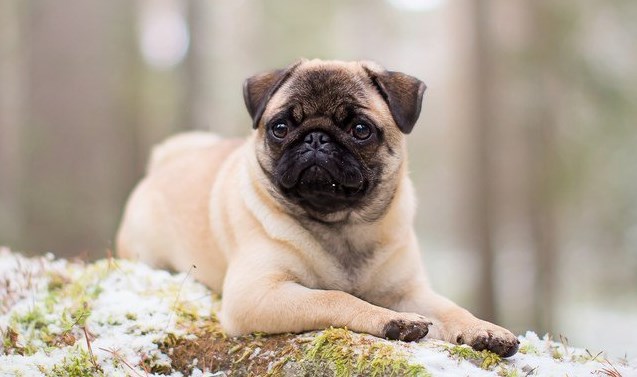 The character of the pug is inherent in irrepressible courage, like the Chihuahua and some other small dogs, who believe that attack is the best form of defense. They do not like outsiders very much, however, they do not show unnecessary aggressiveness. They can guard the apartment – at least they will warn about the approach of strangers.

Due to the peculiarities of their character, pugs are perfect for both young families and the elderly. These dogs will become good faithful partners for single people.

It is convenient to keep representatives of the breed in city apartments. They behave well even in a small living space.

The pug will be happy to become the second and even the third dog in your house. He gets along well with all the four-legged and two-legged inhabitants of the apartment, while he is not afraid of anything or anyone, nothing deprives him of his sense of self-confidence.

Pugs have a habit of getting together. Sometimes breeders cannot give funny tadpoles into the wrong hands and very often keep a puppy for themselves, or even two, especially since small dogs eat very little.

These dogs, like monkeys, use their paws almost like hands. If a dog with a long muzzle “asks” for a tasty piece with a movement of its head, then the pug will stretch a handle-paw to the piece. He will get the toy from under the closet “by hand”, almost without trying to stick his large head in there. And if the pug wanted to overcome the closed door, you will hear an endless drum roll, knocked out by the paws on the jamb.

The character of the pug captivates with cheerfulness and restlessness, amazing mobility. The doggie is always ready for fun, walks, gladly participates in all family affairs, helps to clean the floor, or reads a book. His roguish face cannot leave anyone indifferent.

Representatives of the breed often snore, this feature should be taken into account.

Pugs can bark with their mouths closed. He lies to himself with a soft rug, snores, and suddenly there is a “yapping”, which at the same time resembles a “grunt”.

As a rule, there is a little hassle with pugs, but more than enough pleasure.

Pugs are great nannies and companions for children. Representatives of the breed adore human babies because they have a lot in common. The Pug believes that children are people of “his size”.

If a child appears in the family, it means that the pet will take on the role of a nanny. The doggie watches your child very closely and will never offend him. And he will endure the unpleasant caresses of the baby in silence as if realizing that the child does not want to offend him. The pug will always let you know if your baby cries. 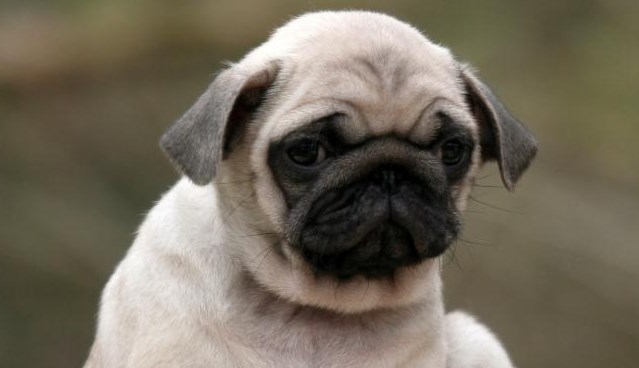 Children are just delighted with such a dog in the house. The pug will happily play the role of a plush toy, however, without losing his self-esteem. He will not allow rudeness. If a situation arises when the pug realizes that the child has played too much, he will calmly stop the game and go in the other direction. Your task is to teach children not to chase the dog and let it leave.

Still, you shouldn’t leave your pug and small child alone and unattended.