Didier Desor, a researcher at the laboratory of biological behavior at the University of Nancy (France), in order to study the swimming abilities of rats, placed six animals in one cage. The only exit from the cage led to the pool, which had to be crossed to get to the trough with food.

During the experiment, it turned out that the rats did not swim together in search of food. Everything happened as if they had assigned social roles to each other: there were two exploiters who never swam at all, two exploited swimmers, one independent swimmer, and one non-floating scapegoat. 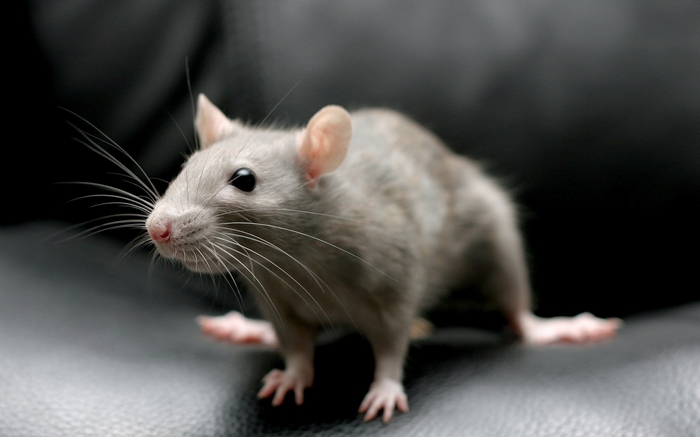 The process of food consumption was as follows. Two exploited rats dived into the water for food. Upon returning to the cage, the two exploiters beat them until they gave up their food.

Only when the exploiters were satisfied did the exploited have the right to eat up the leftovers. Let’s see what happened next.

Under laboratory conditions, male rats at the age of 60 days were placed in a cage of 6 individuals with access to the pool. At the other end of the pool was a trough, from which food had to be brought into the cage to be eaten. The rat had to swim a distance of about 1 meter underwater. During the familiarization period (2 days) there was no water in the pool, in the next 7 days, it gradually arrived. Long-Evans (LE) and Wistar (WI) rats were compared.

The exploiting rats themselves never swam. To eat their fill, they limited themselves to constantly giving the swimmers a thrashing. Autonomous (independent) was a fairly strong swimmer to get food himself and, without giving it to the exploiters, to eat it himself. Finally, the scapegoat, who was beaten by everyone, was afraid to swim and could not intimidate the exploiters, so he ate the crumbs left by the rest of the rats.

The same division – two exploiters, two exploited, one autonomous, one scapegoat – reappeared in twenty cells, where the experiment was repeated.

To better understand the mechanism of the rat hierarchy, Didier Dezor put the six exploiters together. The rats fought all night. The next morning, the same social roles were assigned: autonomous, two exploiters, two exploited, a scapegoat.

The researcher obtained the same result by alternately placing six exploited rats in one cage, then six autonomies and six scapegoats. When 6 individuals of the same behavior (only “exploiters” or only “workers”) were placed in a cage, the distribution of rats by social groups was restored: “exploiters” appeared among the “workers” and vice versa.

As a result, it became clear: whatever the previous social status of individuals, they always, in the end, distribute new social roles among themselves.

The experiment was continued in a large cage, where 200 individuals were placed. The rats fought all night. In the morning, three rats, which had been skinned, were found crucified on a net. Moral: the larger the population of the rat herd, the more the rat elite show cruelty towards the exploited and the scapegoats.

At the same time, some differences appeared: in the large rat cage, the exploiters created a hierarchy of their deputies, so that with their help they impose their power on other rats and not even bother themselves directly terrorizing the exploited rats and scapegoats.

Researchers at the University of Nancy continued the experiment by examining the brains of experimental rats. They came to a seemingly unexpected conclusion that it was not the scapegoats or the exploited rats that experienced the greatest stress, but just the opposite – the exploiting rats.

Undoubtedly, the exploiters were very afraid of losing their status as privileged individuals in the rat herd and did not want to be forced to work themselves one day.

Bernard Werber, in We the Gods, reports that in larger populations (200 individuals), rats built a hierarchy of substitutes and brutally dealt with “dissenters”, but brain studies showed that the “exploiters” suffered from increased stress.