The Serbian hound was born in the 18th century in the vastness of the former Yugoslavia. It was immediately recognized by local hunters for its exceptional working qualities and versatility: the dog could be used for hunting both large and small game (with the exception of birds), in addition, it could withstand any weather conditions and conquer the most difficult landscapes. Previously, Balkan hounds worked in flocks, but today they are mainly used singly, sometimes in pairs, and the objects of their hunt are most often a hare, deer, or wild boar. The advantages of the Balkan hounds can also be attributed to their persistence in searching for game and in working on the trail, independence, endurance, and a sonorous strong voice that can be heard from several kilometers away. 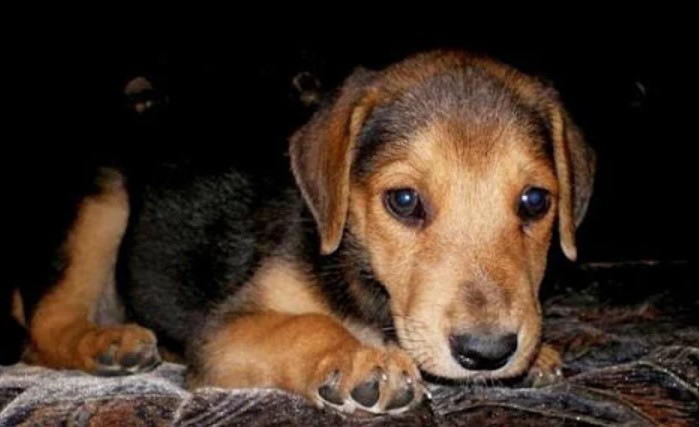 This Balkan beauty has a real hunting temperament and masterfully works on the bloody trail: she boldly rushes after the shot predator and will not calm down until she finally drives the beast. One of the distinctive features of this breed is that while searching for a game, the dog wags its tail very animatedly. The ancestors of the breed are considered to be the ancient hounds, who came to the Balkan Peninsula with the Phoenicians. Until 1996, the Serbian hound was called the “Balkan hound”. The breed is very popular in the countries of the former Yugoslavia – Serbia, Croatia, Montenegro, Slovenia, Macedonia, Bosnia, and Herzegovina; outside these countries, the Serbian hound is not common. The appearance of this dog is strict and laconic and, by the way, unlike most breeds, the appearance of the Serbian hound has not changed at all during the entire existence of the breed: the breeders improved only its working qualities. The Serbian hound has a strong constitution, it, as befits all hounds, has long and strong limbs, a deep and wide chest. The Balkan hound has a long head with a muzzle tapering towards the nose, large drooping ears of medium length, dark brown eyes, and a short saber tail. Height at the withers in these dogs is 44-54 cm, weight – 19 -20 kg. The Serbian Hound is a smooth-haired dog, it has a thick, hard, shiny coat of black-and-back color: with a black saddle-cloth on the back and bright red spots on the muzzle, around the eyes, chest, lower body, and limbs. The coat of the Serbian Hound must be brushed regularly with a stiff brush. The Serbian Hound is a dog with a firm and decisive character, it has high intelligence and has excellent inclinations. This hound is easily trained and rarely defies its owner. But do not think that your pet will become so obedient by the wave of a magic wand: this requires perseverance, patience, and when required, severity and firmness. Of course, do not forget that a hound dog needs serious physical activity and a sufficient amount of space: in cramped conditions, it will feel uncomfortable and can direct its energy to destructive things, and without physical education, its docile nature can quickly deteriorate and your pet will become stubborn and wayward. Of course, the ideal option for this dog is to live outside the city and hunt regularly, so as not to lose their working qualities and always be in shape. The character of the Balkan hound is quite calm and even, it is very friendly towards people, but seeing pigeons walking on the asphalt may not hold back its hunting instincts. Also, your pet can attack four-legged fellows that did not come to his liking, so do not take your eyes off him while walking. In addition, the Serbian hound, as a true hunter, loves to mask its smell, so after washing your pet can easily get dirty in something on purpose. If you do not pay attention to these little things, in general, the Serbian hound is “an affectionate and gentle animal”, ready to give all his love and devotion to those who deserve it.