The oceans of the Earth are huge and humanity has so far explored only a small part of this boundless world. Moreover, each such study still continues to amaze and delight scientists with new riddles, unexpected discoveries. More recently, giant deep-sea crayfish, fluffy crabs have been discovered. Last year, these wonders were joined by new curiosities – squidworms. 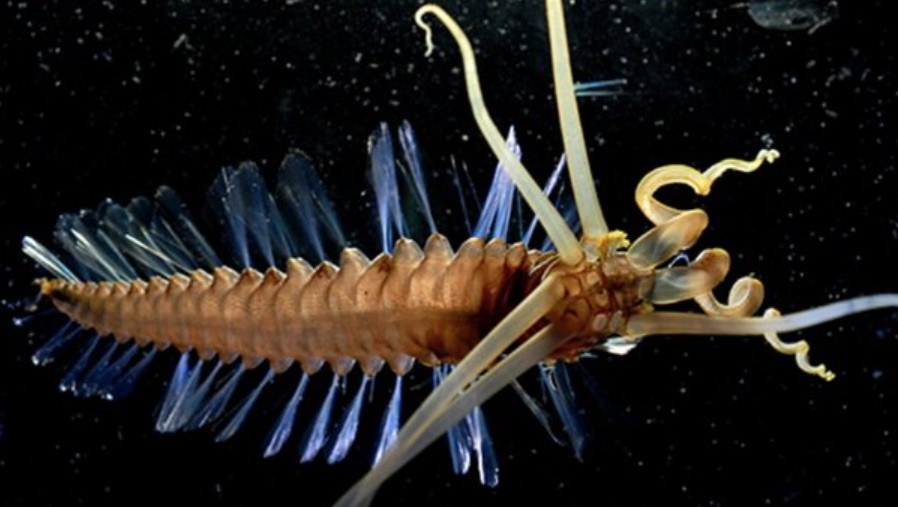 Back in 2007, an unusual specimen was first seen at a depth of 2.8 km in the Celebes Sea. Then it was not possible to catch it, because scientists were afraid to damage this specimen, and the risk was too great for the launch vehicle. The next meeting took place in November 2010. In this, it was possible to determine that these creatures live at a distance of 100-200 from the bottom in the water column.

Scientists have carried out a complete genetic study of the novelty and classified it as a polychaete annelid worm.

The caught specimen had a body 9.4 cm long. it moved with the help of long bristles (25 pairs) located along the body. On the head, the worm has 10 long processes. They are really long – more than the length of the body. The main purpose of the processes is the sense of smell, and, accordingly, the orientation in space. But the sight of worms is absent, which is not surprising at such depths – there is too little light.

Teuthidodrilus samae’s menu includes excrement, dead plankton, and other small organic particles that fall to the bottom from above. All this mass is romantically called “sea snow”.

Now scientists consider squid-worms as a transitional link between bottom deep-sea creatures and inhabitants of the seawater column.