Large predators are not cute pets at all. They are natural-born killers that cannot be fully tamed. Even in the circus, where they deal with people every day, tragic attacks are not uncommon. And all because with animals, especially deadly ones, it is necessary to communicate in their language, which is accessible to few. 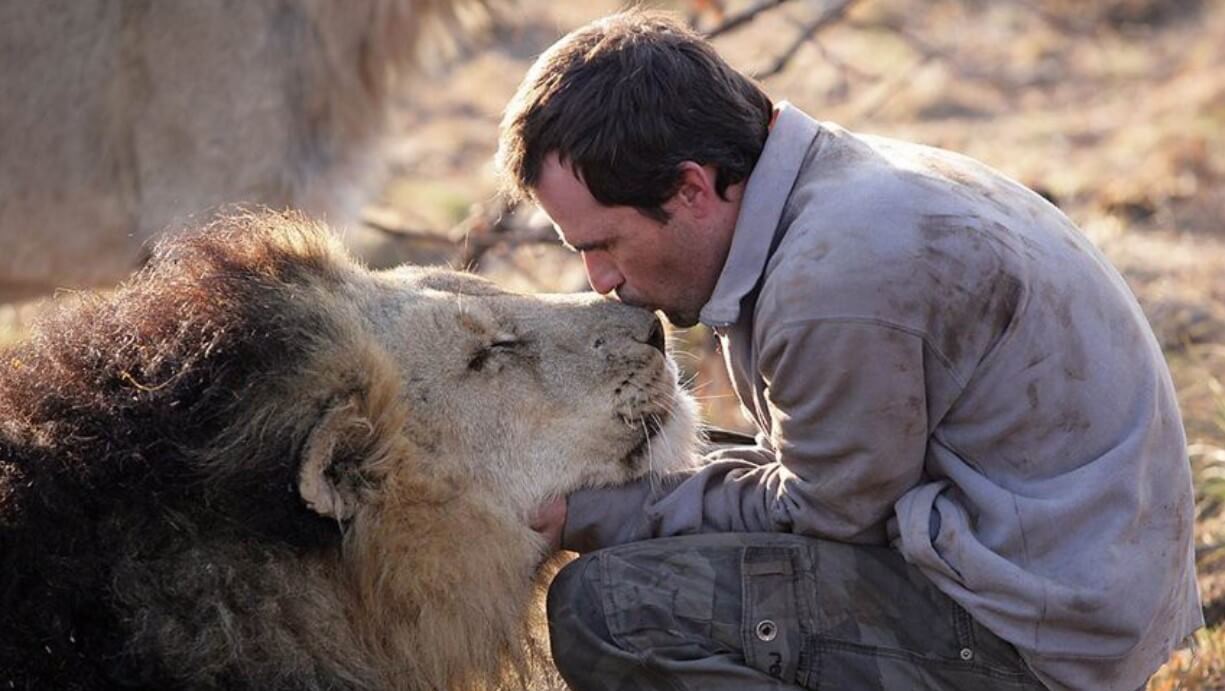 Kevin Richardson is a professional animal psychologist. He knows how to behave so as not to irritate the animals, fear, anger. For this, he was nicknamed “the beast charmer”.

Kevin was born into an English family in the South African capital of Johannesburg in 1974. Since childhood, he was distinguished by his love and great interest in animals.

Surprisingly, he could not complete his studies as a zoologist. And after working as an animal physiologist, I felt a keen desire to communicate with animals directly. He was hired as caretaker of Lion Park. There he met 7-month-old lion cubs Napoleon and Tau. Many then warned him that it was extremely difficult and even dangerous to tame 7-month-old cubs. But Kevin took a chance. As a result, he became a real member of their mini pride. He was allowed to play and sleep with them. 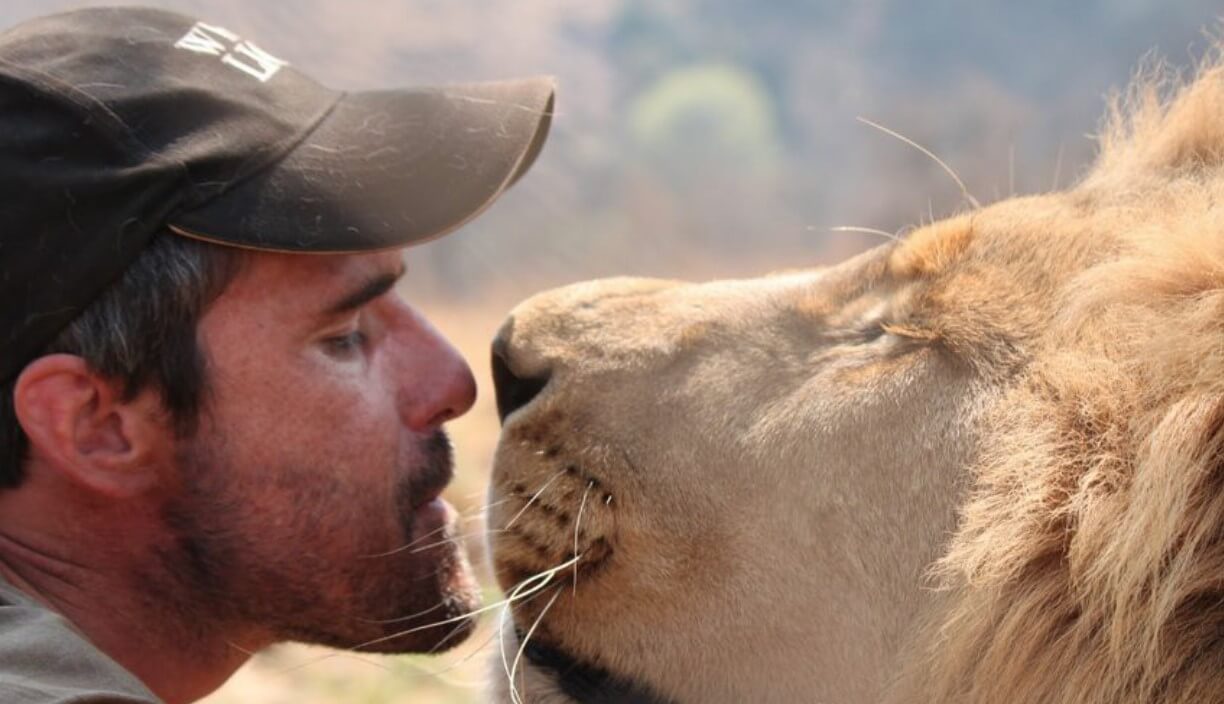 The guy ventured to discard all the rules of communication with wild animals known to him and decided to post this science from scratch. The zoologist is convinced that the human idea that wild animals must be tamed with a stick is stupid and fundamentally wrong. In his opinion, there should be only openness and love. He tries to find an approach to each animal, to find out what makes him angry and happy, satisfied and irritable. It is this approach that helps Kevin to be “one of his own”.

In his hard work, the “charmer” relies primarily on instinct, trying to predict the mood of the animal and its intentions. And still, dangerous incidents happen. One day, two adult lions, having played, threw Kevin to the ground, and the lioness jumped from above, injuring her face. And the number of scratches and “gentle” bites is incalculable. Most of all, Kevin loves to work with lions, especially those that he knows from childhood.

A director named Michael Rosenberg saw the guy interacting with animals in Lion Park and decided to film this amazing relationship. This is how a documentary film called Dangerous Companions was born. With this film, the film career of Kevin and his wards can be considered to have begun. 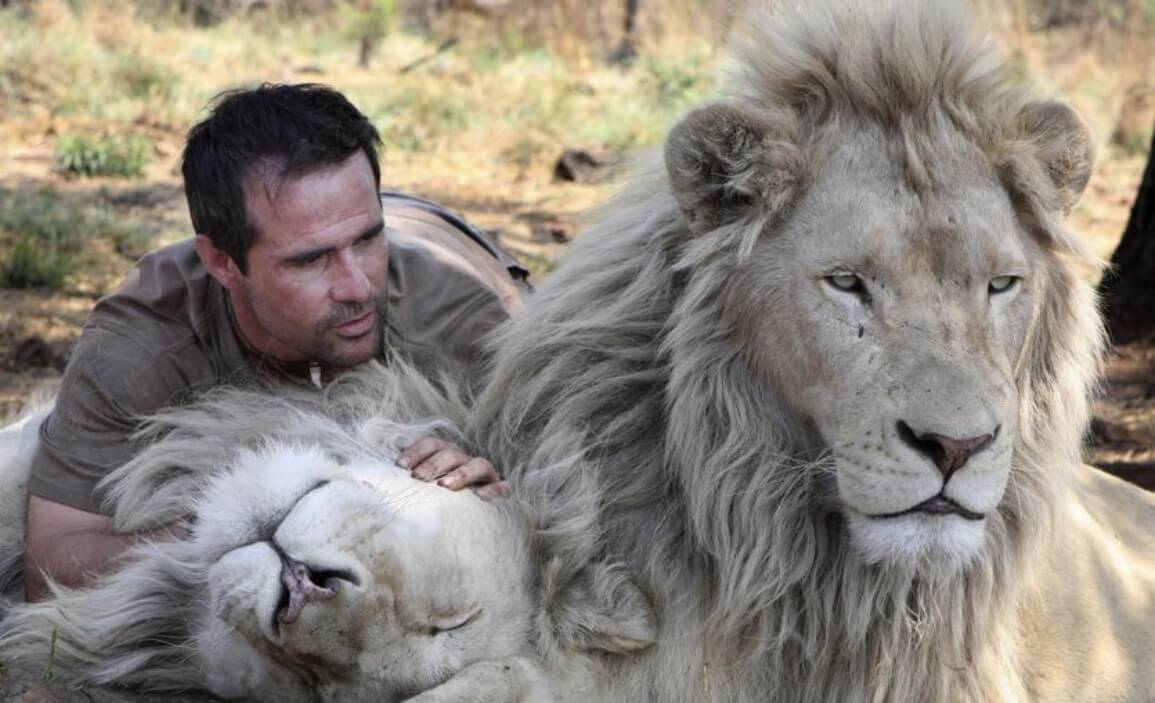 The director watched the human-lion relationship for about a year. At the end of filming, Kevin and his lions were allocated an 800-hectare plot near Johannesburg, which was named the “Kingdom of the White Lions.” Now on its territory animals are specially trained to be actors in documentaries.

The Richardson family lives nearby, so the head of the family has the opportunity to work with the wards on a daily basis. The four-year filming of the drama “White Lion” about the difficult fate of an albino lion took place here. This film was released in 2010. They have become a wonderful gift for the whole family. But even without leaving home, you can create a cool gift for friends and loved ones.