The story of this unusual friendship between a man and a tiger began 6 years ago in the Indonesian province of East Java, in the city of Malang. The owner of a 3-month-old tiger cub asked Abdullah Sholet to look after her. Since then, they have become inseparable. 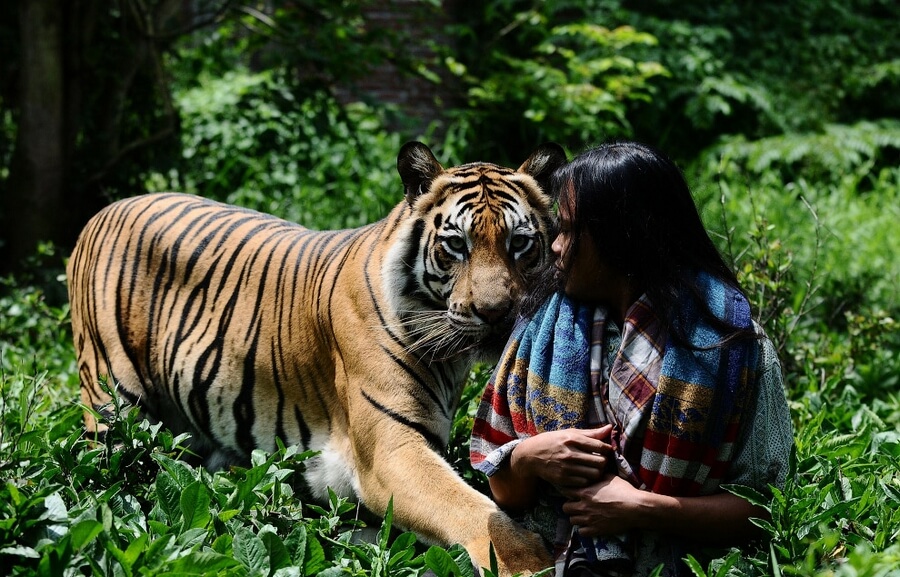 Malang is the second-most populous city in the province after Surabaya. It originated in the Middle Ages. Locals call Abdullah the “tiger nanny”.

Mulan is large: the average weight of female Bengal tigers is 140 kg and it is believed that the maximum can reach 180 kg.

The record weight of a male Bengal tiger killed in northern India in 1967 was 388.7 kg. This is officially the highest rate in nature among all tiger subspecies.

A striped girlfriend, 3 meters long (including the tail) and 1 meter high, eats twice a day and eats about 6 kg of chicken and goat meat.

According to Abdullah Sholet, he sometimes sleeps not at home in his bed, but in an open-air cage, next to a big cat. True, for security purposes, iron rods were installed here.

The population of the Bengal tiger is less than 2,500 individuals, with the prospect of decreasing.

In some places, individual tigers consider humans an accessible prey due to the dense population of territories bordering on reserves. 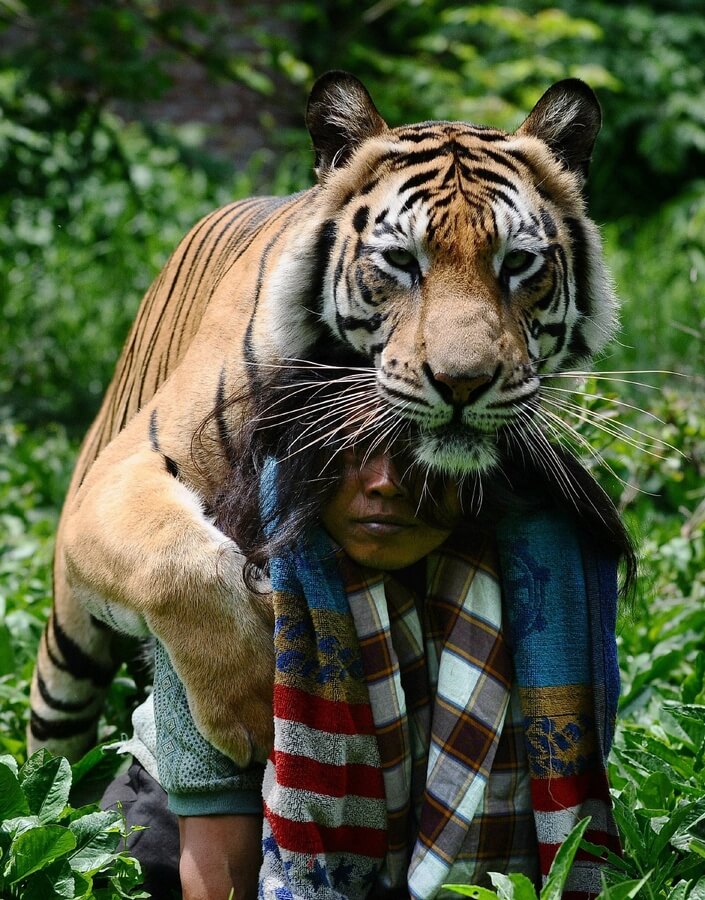 “She is not aggressive at all and is my real friend! We often play with her. ”

Abdulla Sholeh has several small scratches from communication with the apex predator, which the tigress left, accidentally hitting her with a paw.

This story of an unusual friendship between a man and a tiger has become very popular on the Internet. Let’s hope that these two true friends will continue to have complete mutual understanding, you never know what a powerful predator is in mind.