If you are in a plane crash, your most important means of survival are not emergency exit instructions, a mirror, or even an inflatable raft. The most important thing that will come in handy (if you survived) is scotch tape! Never board a plane without tape.
In general, the story is like this. The men flew to Alaska to go fishing. While they were fishing, a bear pinned himself to the plane and did this with the plane: 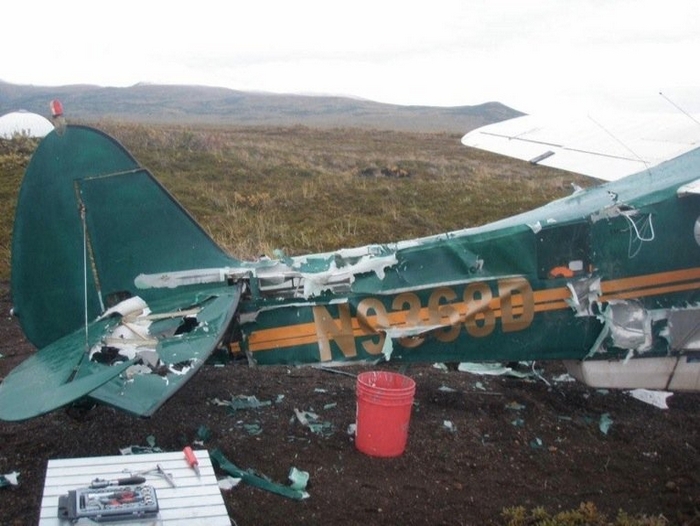 The pilot called his friend, who also had a light-engine plane, by radio, and asked him to bring new tires, 3 rolls of adhesive tape, and a sheet of plastic. 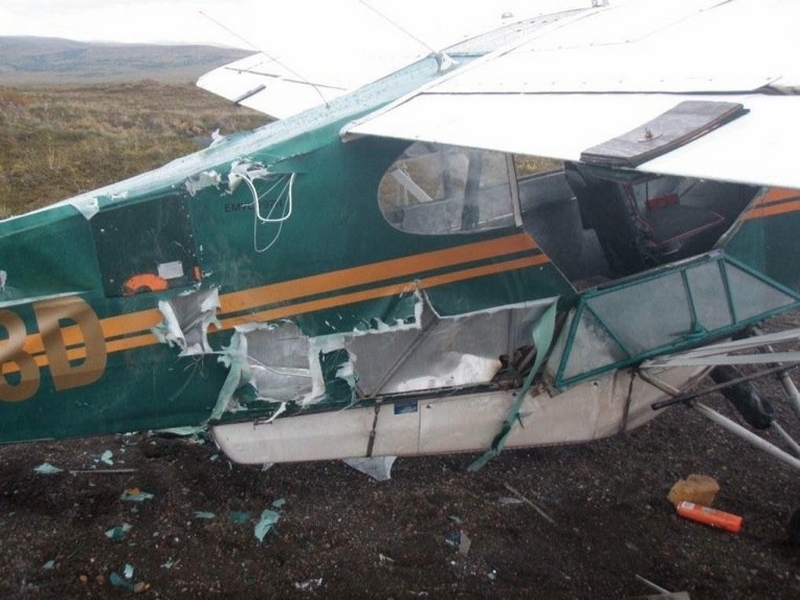 They wrapped the wounded plane with duct tape and flew home. Everyone on their own plane! 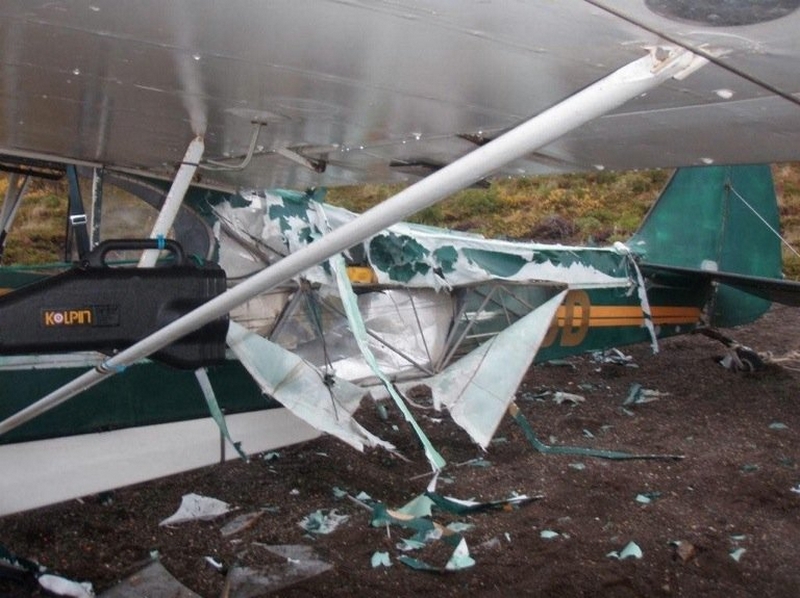 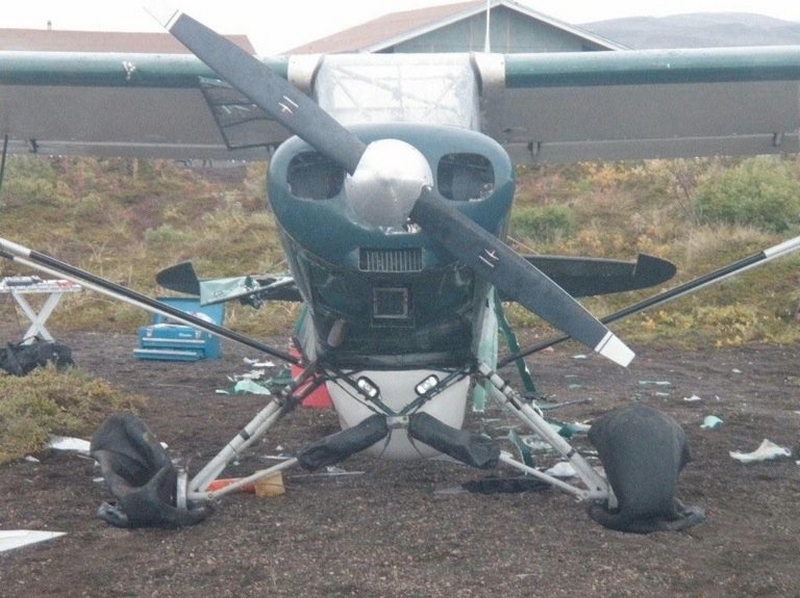 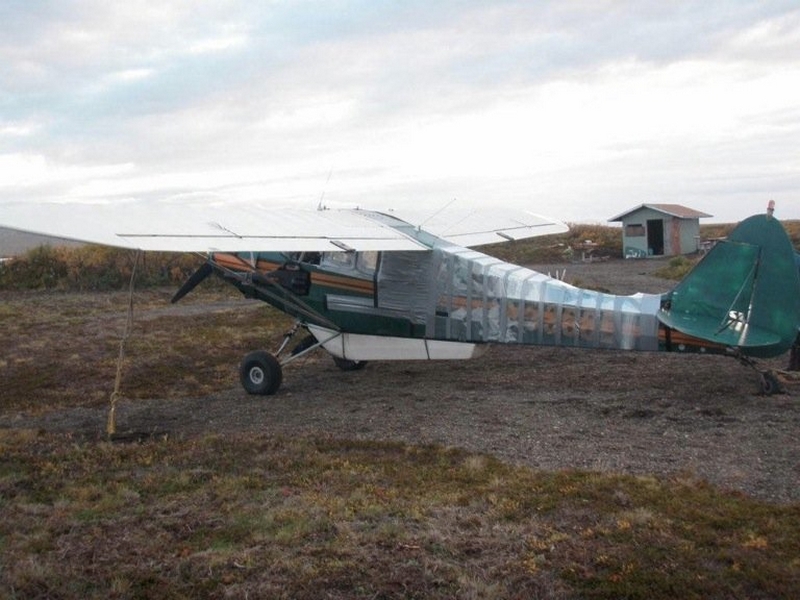 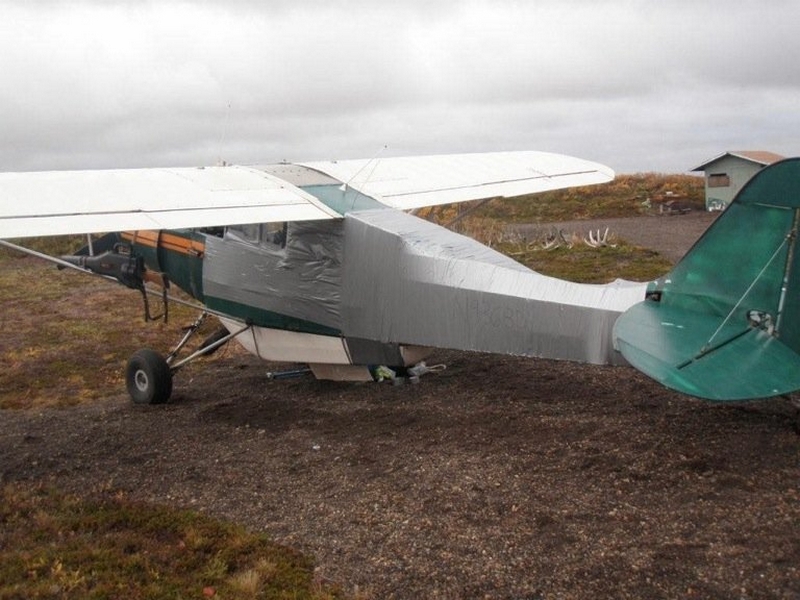 Such is the story.