The prominent pet lover walks five hours every day for his tortoise. If this continues in the future, then by old age Rob and his tortoise Maximus will cover a distance equal to three trips around the globe.
The maximum speed of the tortoise named Maximus is only 1.5 kilometers per hour. A man and his pet take daily walks in the vicinity of the city of Gorton, in the UK. Rob got Maximus, who is now four years old when he was only a few weeks old, and he fit in the palm of your hand. 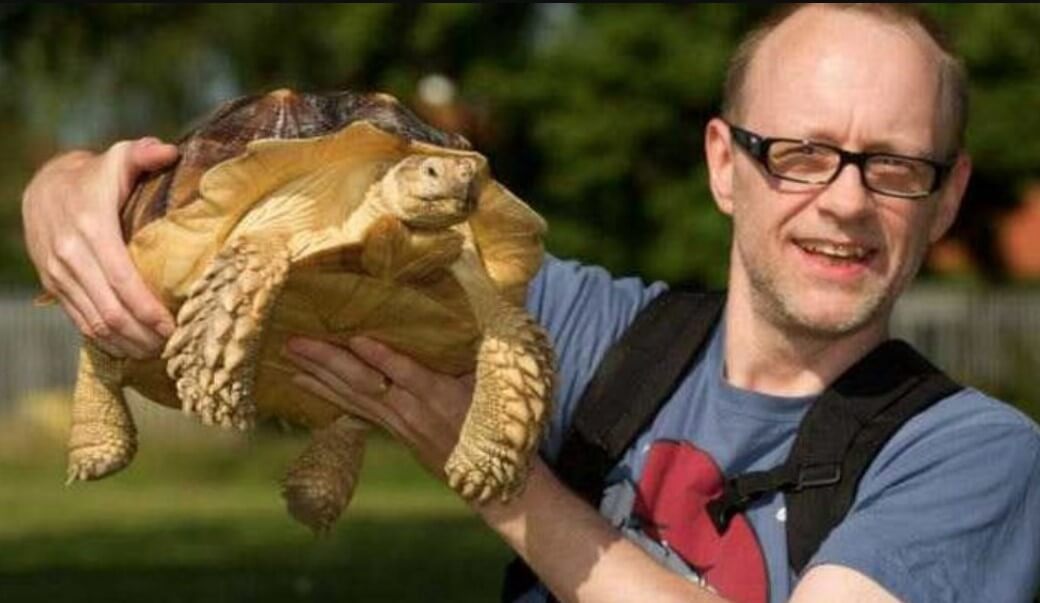 In those days, the turtle needed daily walks of about half an hour. Four years later, the reptile has grown significantly in size. She now eats 33 kilograms of lettuce a week, more than three times his own weight. Maximus himself currently weighs 12 kilograms, but while the spurred tortoise is still small. Adults of this species are at least three times the size of Maximus. To increase vitamin D levels and lay the foundation for good health for a 120-year life, your turtle needs daily sun walks. 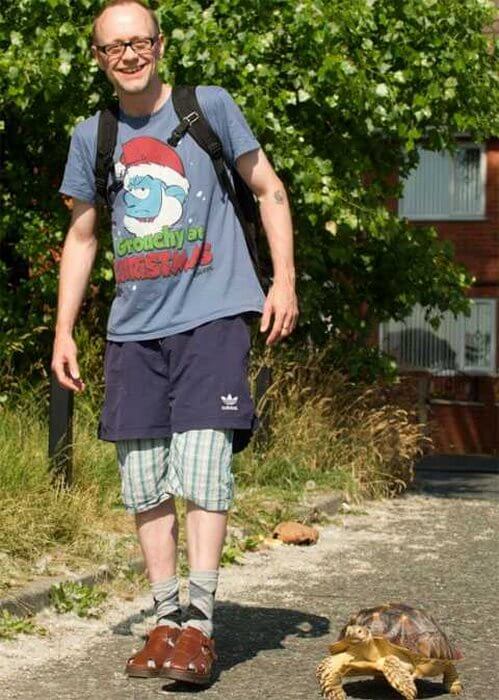 Rob, who is a professional poker player, has promised to take care of his beloved pet for as long as he can. If he lives as long as the average British man, then he will walk with his turtle 117.482 kilometers, that is, a distance three times the distance around the world.

“He just loves to walk, and of course, it’s very important to him. Walking helps him stay in shape and strengthens his health. We spend up to five hours a day walking and often walk eight kilometers during this time. Walking and the sun are very important for “recharging his batteries. I hope that thanks to our walks, he will live at least 120 years,” said Rob.

Rob and his wife Joanne are well known to all the residents of Gorton, and Maximus has become a local celebrity. 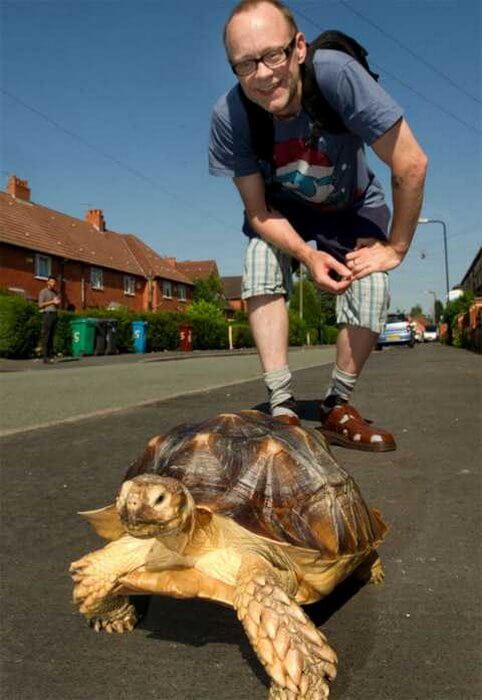 “Over the years, I have photographed with Maximus tens of thousands of times. The students love him and stop to pet him,” says the owner of the turtle.

The man admits that he loves Maximus very much, but realizes that he will not be able to stay with him forever. He hopes that when the time comes, the turtle will be taken over by the zoo, whose caretakers will love the turtle as much as he does.