Where would you like to meet old age? Surely, somewhere in a quiet, cozy place, sitting in a rocking chair with a glass of warm milk. But the former German paratrooper Werner Freund, 79, lives with wolves. Moreover, he has been living side by side with them for 40 years, since he founded the “Park of Wolves” in 1972. It is interesting that a person has been recognized as wolves for a very long time, if not a leader, then a very revered fellow. 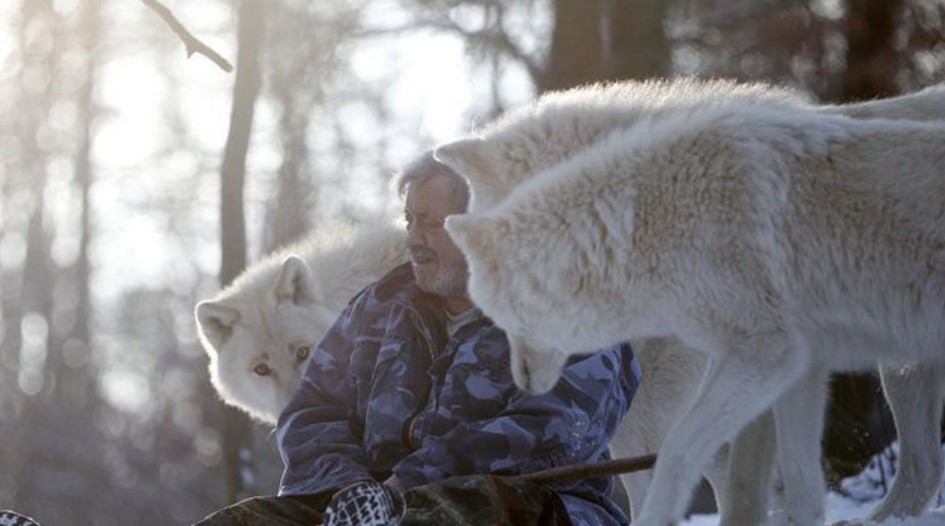 His house is located in the town of Merzig (Germany). Around 4 hectares of forest and four packs of wolves (26 animals). And each of the wolves of different types: European, or Russian, Canadian forest, Indian and white polar.

Only Freund is allowed to enter the enclosures. Wolves do not allow other people to come near them. But they smell his smell from afar and run towards him like domestic dogs. Freund himself admits that he himself almost turned into a wolf.

Readers now, for sure, will be frightened and think that the German grandfather has completely gone berserk and rushes at everyone, like his new relatives. It is nonsense. One of the wolf laws says “be gentle.” At a meeting, only the leader of the pack has the right to approach Werner first, then his “beloved wife”, who, like a dog, tries to lick a person’s face.

Another of the most important wolf laws is a rigid hierarchy and discipline. In this case, the passionate kissing of a human face is an attempt to look into the mouth to see if there is anything tasty there. This is what children mean when they look into the pockets of their parents who have come home.

Freud is no stranger to tearing a large piece of mascara from the still-warm right in front of the whole flock. Moreover, none of them even tries to bristle or get into a fight. Everyone is patiently waiting, even the leader with the she-wolf. Only after the wolf-man pretends that he is full and is not interested in prey, they begin to eat according to the family hierarchy. 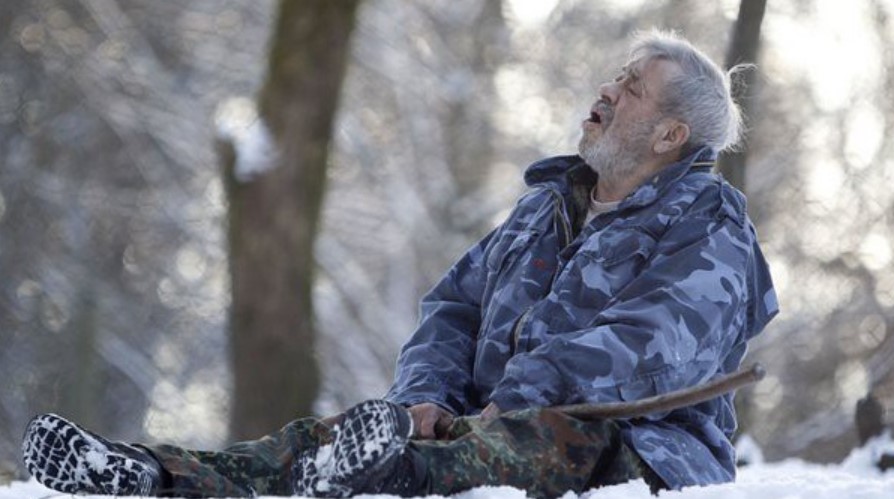 One of the leaders is called “Gorbachev”. Funny, isn’t it? Freund calls him affectionately “Gorby”. So, this very Gorby has already received cuffs on the lower jaw from a man more than once. Moreover, there was no question of resentment. The animal perfectly understood that he deserved these blows because he showed his love too much and licked his brother’s face. It is so customary among wolves, if you are the eldest, then be ready to point the youngest in his place until he proves that he can take yours.

Once Freund met with the founder of zoopsychology (ethology), a specialist in understanding animal language, Konrad Lorenz. This was their only meeting, at which Lorenz confessed that Freund was the first who managed to penetrate so deeply into the wolf mind and wolf soul.