Millions of years after the extinction of the Dinosaurs, there was a kind of snake that, with its gigantic size alone, excites the mind. 60-58 million years ago, Titanoboa lived in the swampy jungles of Colombia. A snake like a boa constrictor reached a length of 15 meters and weighed up to a ton. 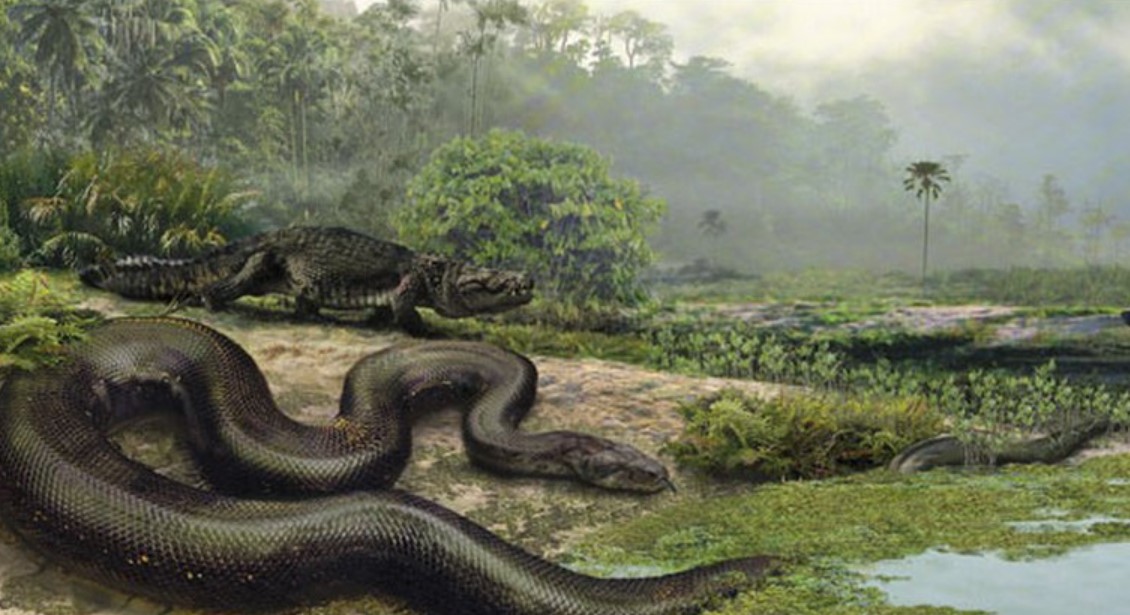 The size of Titanoboa could be attributed to the climate in which it lived. Warmer climates usually imply more vegetation, which means more prey that also outnumbered prey in cooler conditions.

This colossal snake looked like a modern common boa constrictor but acted more like today’s anaconda that lives in the Amazon jungle. He was a slippery swamp dweller and a huge predator that could eat any animal he hunted. The diameter of his body was close to the volume of the waist of a person of our time. 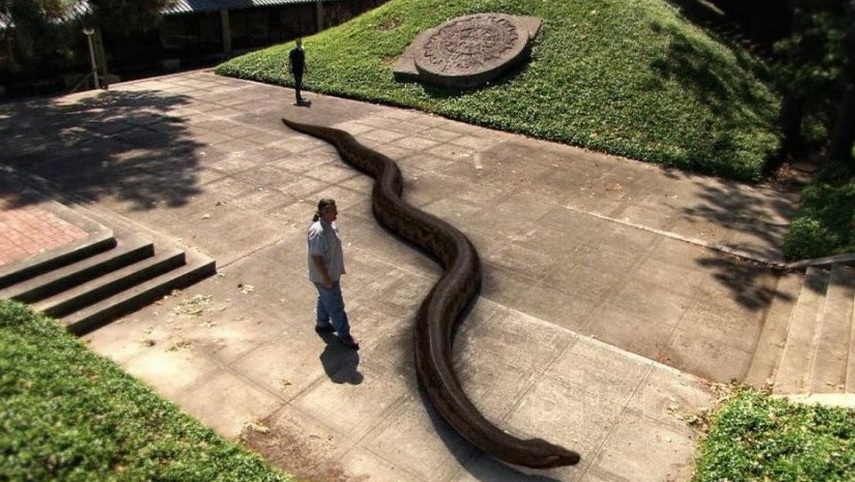 In the swampy jungle, the life of the Titanoboa was surprisingly long due to the constant incessant rain, abundant vegetation, and living creatures. Deep rivers allowed the snake to both go deep and crawl around the palm trees and hilly jungle.

The river basin in which the Titanoboa fed was crammed with giant tortoises and crocodiles of at least three different species. It was also home to a giant fish, three times the size of the current inhabitants of the Amazon.

Here is an interesting photo to compare the size of a snake with a big bus and a man: