A visitor to a lake in Queensland, Australia witnessed a brutal 5-hour battle between a python and an alligator. The woman filmed everything that happened on her camera.
The collision took place on Lake Mundarra, near Mount Isa, and attracted the attention of a whole crowd of people who got out into nature. 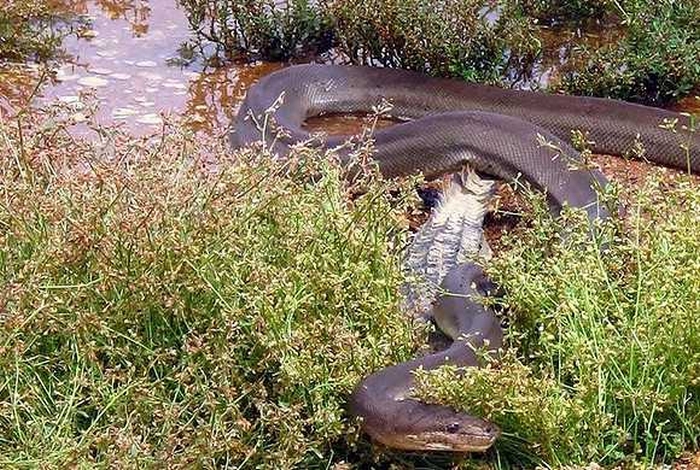 According to Tiffany Corlis, a local resident who filmed the incident on her mobile phone, the duel between the snake and the crocodile began when both animals were in the water. The three-meter python wound around the enemy and deprived the crocodile of the opportunity to keep its head above the water. 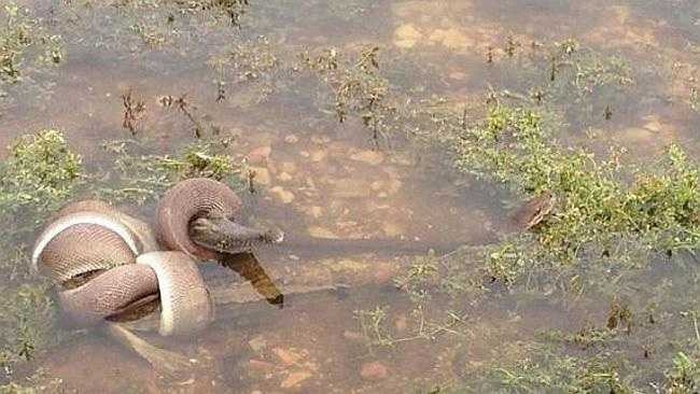 In the end, the alligator, which was just over one meter long, was forced to surrender. According to some witnesses, it took about five hours from the beginning of the fight until the moment when the defeated reptile was dragged onto land. The resistance of the crocodile, which lasted for quite a long time, made the observers bored. However, as it turned out, the audience, who had lost interest in what was happening, was ahead of a new, no less exciting spectacle – the snake eating its rival. 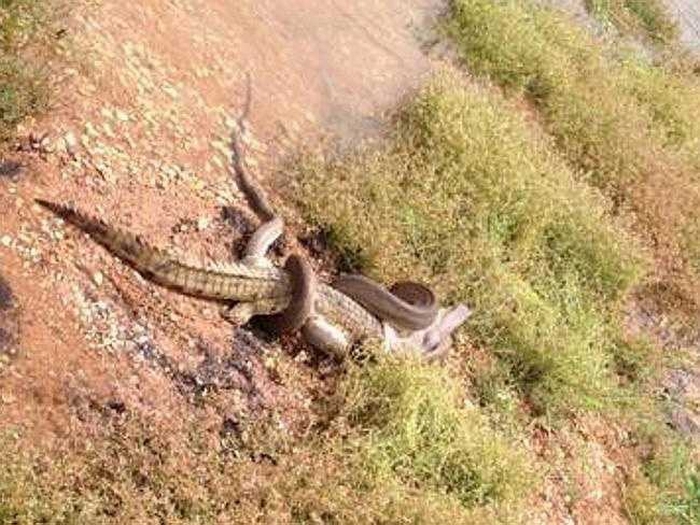 “It was just incredible,” Tiffany said. “When the fight was over, we thought the snake bit off a little more than it could swallow, but we were wrong. In fact, she swallowed the crocodile whole. After the alligator was in the belly of the snake, one could see its paws protruding from the belly. It was just incredible, “she adds. 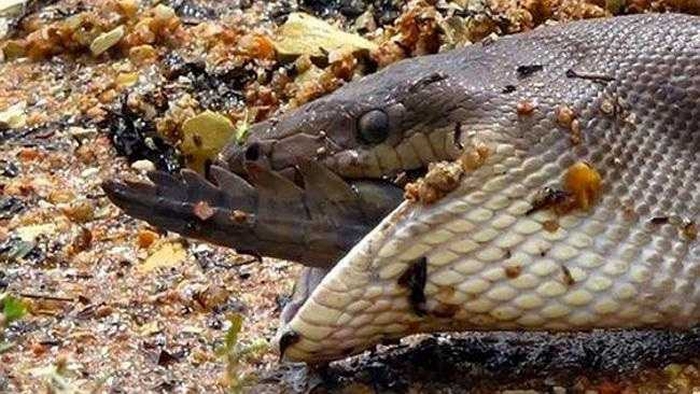 Tiffany said that what she saw would not affect her love for walks on Lake Mundarra in the future. According to Brian Fry of the University of Queensland, snake-crocodile fights like this do occur periodically in the area. Although pythons are usually focused on small animals and rodents, freshwater crocodiles also occasionally fall prey to them. 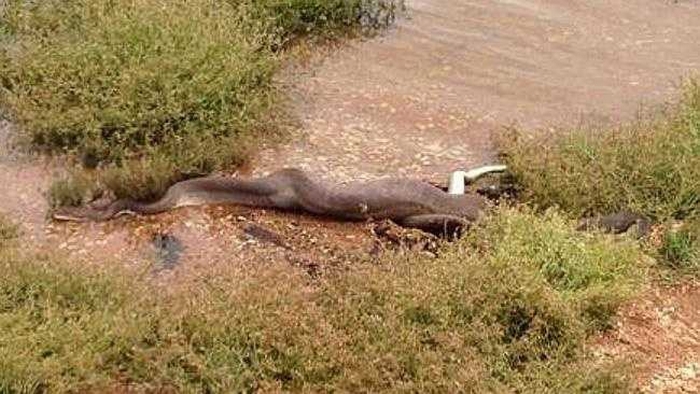 “Crocodiles are more dangerous, but easier to sneak up on,” he said. According to the expert, it will take a snake about a month to digest a crocodile of this size.