Labradors are part of the retriever group, which has five other varieties in addition to them. And if you clarify the name of the breed, then it is “Labrador Retriever”. 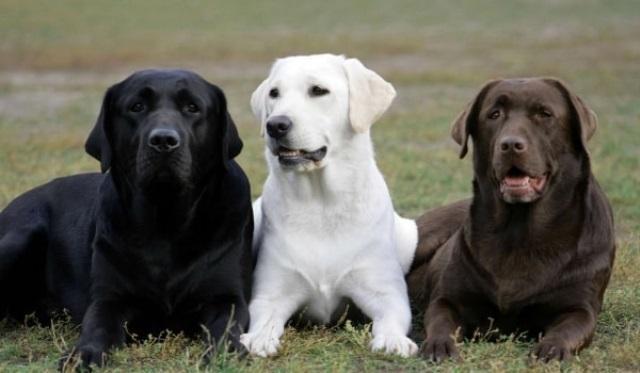 Sometimes non-professionals confuse Labradors with retrievers. Especially often the Golden Retriever is called a fawn or sand Labrador. And although at first glance, there are no special differences, they are.

If the purebreds of the pet are important to you, then carefully read the characteristics of the breed. The very prefix in the name of the breed “retriever” translates as “return, return, or the one who returns.” This indicates a common feature with other retrievers – to bring game neatly into the mouth without damaging it.

But, in general, the Labrador is a versatile breed. And all these thanks to his complaisance, immeasurable good nature, and lack of aggression. The breed is incredibly hardy, both physically and psychologically: it can withstand stress and training.

He is very, very good-natured to children, as well as to other animals. The canine intelligentsia is inherent, that is, it does not impose itself, begging for increased attention to itself, but obediently waits.

Due to their good learning ability and good-natured disposition of dogs, Labradors are used as guides or search engines. If the pedigree is excellent, this breed is often not susceptible to disease.

And now there are two distinctive features by which you will definitely understand whether it is a Labrador or not.

It is important that the coat is short, as if two-layered, very tight to the skin, waterproof. And if the coat is longer, then either it is a defect in the breed, or is no longer a Labrador. Although the coat is thick and greasy, it does not have a specific canine scent. A distinctive tail also called the otter tail.

Well, there are also small traits such as webbed feet and a few specific colors. Although the standard Labradors are tall, there is no limit to their weight. And, by the way, this is one of the fastest-growing dogs, already by 6 months, a “baby” can look like an adult dog.

Varieties of the Breed

There are species within the breed, and two of them are the most pronounced: these are the lines of the English and American Labradors.

The British are constructive even in breeding dogs. And since the Labrador was originally a so-called “water dog”, the British tried to preserve as many features of this breed as possible.

IMPORTANT! The main difference between the English variety is its squat, breadth, stockiness, wide and short legs.

The ribcage is round and very wide. The head is massive. Let’s just say, English thoroughness and good quality.

The temperament of the dog is very good-natured and obedient, it will be the best companion for the house. This beauty lies by the fireplace, slumbers, it does not bother you, but only the command is given: “Slippers!”

And although the “British” still love physical activity, the elderly adore them for their calm disposition, because this dog will never pull and run. And what could be better than relaxing walks in the fresh air!

The “American”, as opposed to the English “brother”, is a very active and athletic “comrade”. He needs an equally active host with an appropriate lifestyle.

Happiness is great if the dog has the opportunity to hunt or make long hikes with transitions. And if she got a very loving sports owner who systematically engages in the active rest of her pet, then this is the best option. The “American” is more runny and flexible, taller. And, as a consequence, there is aggressiveness in such activity.

There are several colors: black, chocolate and fawn, with many variations. Let’s start with the fawn. According to FCI standards, cream, gold, and red are allowed. In color saturation, a difference is allowed, for example, the ears, tail, and back may be darker.

IMPORTANT! A very light fawn color may appear white, but a Labrador does not have a pure white color. The albino is already being rejected.

Black color, in short, is a classic. It is very beautiful, with an unmatched silk tint. The eyelids, lips, and the bridge of the nose should be black.

Chocolate is a rare color that is possible with a certain set of genes. Therefore, the cost of such a dog is several times more expensive. There are also shades: light chocolate (considered standard), liver, and dark bitter chocolate. According to the standard, a single color is required, without any overflows and stripes.

The eyes are hazel, hazel, and greenish. It happens that a puppy with blue eyes is born. Imagine how beautiful it is, but unfortunately outside of the breed. There is a shade of blue, and if a pale gray tone is preserved, then this is still in the standard.

You cannot say much about the variety of coats, since there is no variety in this matter. The coat has a precise characterization according to the standard. It is short, no more than 5 cm, only on the tail it can be somewhat longer. Hard to the touch, very firm. The only peculiarity in the coat of black dogs: it has a beautiful shimmer. Always straight, neither curly nor wavy.

IMPORTANT! In a litter of Labradors, the best parents may have a “curly-haired”, but they are discarded.

Surely, you know the saying: “A dog is a friend of man.” So, Labrador does an excellent job with this role. If you want a reliable friend, then the representative of this breed will not disappoint you.