The Westphalian Dachsbracke is a generally little-known hunting dog that, due to its small size, is excellent for use in smaller hunting areas. She is the only German low-running dog. Hounds can track their prey over long distances thanks to their good nose. The Westphalian Dachsbracke, mostly three-colored and with a black saddle and the typical Bracken markings, is a low but powerfully built dog.

Worth Knowing about the Westphalian Dachsbracke

The bracken markings refer to the white muzzle, a blaze, the white neck ring, the belly, and the chest. A white tail tip is also called a “flower”. The markings are individually pronounced from animal to animal.

As an attentive and eager companion, she goes stalking with her hunter. She loudly indicates the fresh tracks of hares, foxes, and rabbits. The hound also does a good job when tracking hoofed game, i.e. deer, roe deer, and wild boar. She is always happy with what she is doing, and learns quickly, but remains balanced. 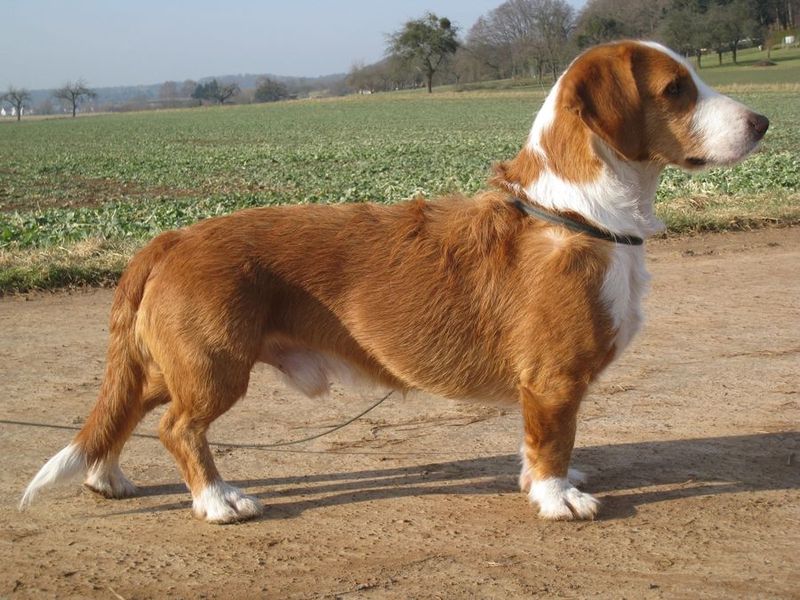 It is precisely this balanced nature that makes them a suitable family dog, which, however, requires plenty of physical and mental activity. She is quiet in the house. Towards children, she is friendly, caring, and a loyal playmate. She only shows her temper when she is out with her master on the hunting ground. Even as a puppy, their distinctive hunting instinct must be challenged and encouraged. With the necessary consistency, but also with love and understanding, the Dachsbracke becomes a reliable companion.

The FCI (Fédération Cynologique Internationale) has recognized the Westphalian Dachsbracke as an independent breed. The breeding associations ensure that puppies of the breed are only given to active hunters. Strict breeding rules ensure that only healthy parents are mated. The DNA of all puppies is statistically recorded.

The Westphalian Dachsbracke is a medium-sized, strong hunting dog that gives a noble impression, especially with its narrow head and beautiful markings. This is emphasized by the high set, saber-like carriage (hanging or carried upright) of the tail.

The extremely strongly developed teeth with impressive fangs are remarkable. The dark eyes of the Westphalian Dachsbracke look friendly and interested. The medium-length, broad ears lie well against the head.

The physique is strong and muscular, as are the limbs.

The coat of the Westphalian Dachsbracke is dense and coarse all over the body. The colors are red to yellow with a black saddle. Characteristic are the white Bracken markings, the white muzzle, a blaze, white neck ring, white chest, white on the legs, and the tip of the tail.

The Westphalian Dachsbracke is a very special hunting dog. Not only is she the only German low-running dog, but she is also suitable as a family dog ​​due to her affectionate and child-loving nature. The prerequisite here is, of course, that she is challenged physically and mentally. The wild games and adventures with the children, which the Dachsbracke has a lot of fun with, are not enough.

She can only live out her qualities and temperament when she is hunting. Here she stays focused on the sweat track and is obedient and calm. She persistently rummages for rabbits, hares, and foxes. A hot lead will report them loudly. She also does a good job of tracking.

Due to the pronounced hunting instinct and the strong need for exercise, Westphalian Dachsbracken is only given to active hunters. In addition to the hunting work, the Dachsbracke can of course also be challenged in the family. However, life as a couch potato is unimaginable for her. Intelligent games long walks and dog sports, such as agility, are suitable for employment, where the Hound can really let off steam and also think along with the tasks.

Only with a sufficient workload is the Westphalian Dachsbracke a pleasant member of the family. When she’s bored, she finds her own occupation and chases everything that comes her way. Since she then also barks loudly, she will not make any friends in a terraced housing estate. A detached house with a garden, perhaps still on the edge of the forest, would be just the right home for a Westphalian Dachsbracke. 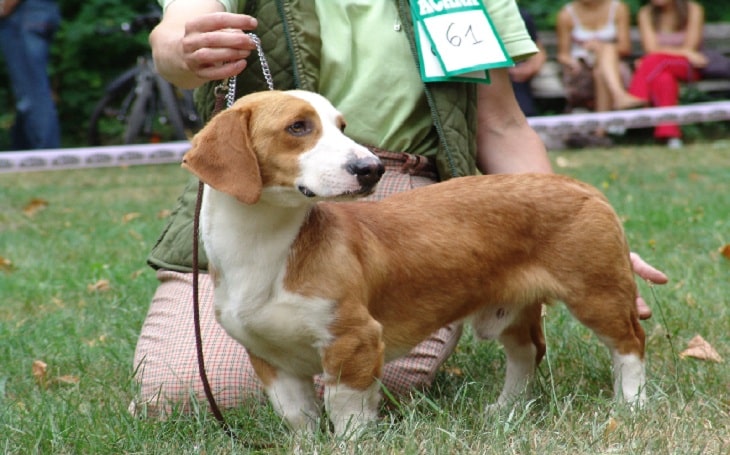 Caring for the Westphalian Dachsbracke is extremely easy. However, the relatively short coat should be brushed regularly, especially after a hunting trip. The Hound’s long ears also need regular checking. Here, dirt and foreign bodies can quickly cause an annoying inflammation of the auditory canals.

Through conscientious breeding of the Westphalian Dachsbracke, it has been possible to avoid breed-typical diseases as far as possible. The Bracke is considered to be very robust and resistant. Of course, diseases cannot be prevented entirely. Regular check-ups and vaccinations at the veterinarian prevent and help can be provided quickly in the event of illness.