The white tiger is an individual of the Bengal tiger with a congenital mutation and therefore is not considered a separate subspecies. This mutation results in tigers being born completely white with brown-black stripes on their white fur and blue eyes. This coloration is very rare among wild animals. The frequency of appearance of white tigers is 1 in 10,000 with normal color. The white tiger is not an albino. It would be more accurate to talk about the light (white) color variation of their color. The surviving white tigers today live in zoos. The ancestor of white tigers is the Bengal tiger. Bengal tigers of the usual red color sometimes give birth to cubs with white fur, on which, however, dark stripes remain. In captivity, they are propagated as a separate species, because the color is genetically inherited. White parents always have white cubs, but red tigers have such offspring – a rarity. In nature, they rarely survive – such animals cannot hunt successfully, as they are too noticeable. So zoo white tigers, surrounded by care, still live – up to 26 years. The Bengal tiger, like other types of tigers, is protected in all states where it lives. It is a criminal offense to hunt this predator, catch cubs, and use tiger body parts. 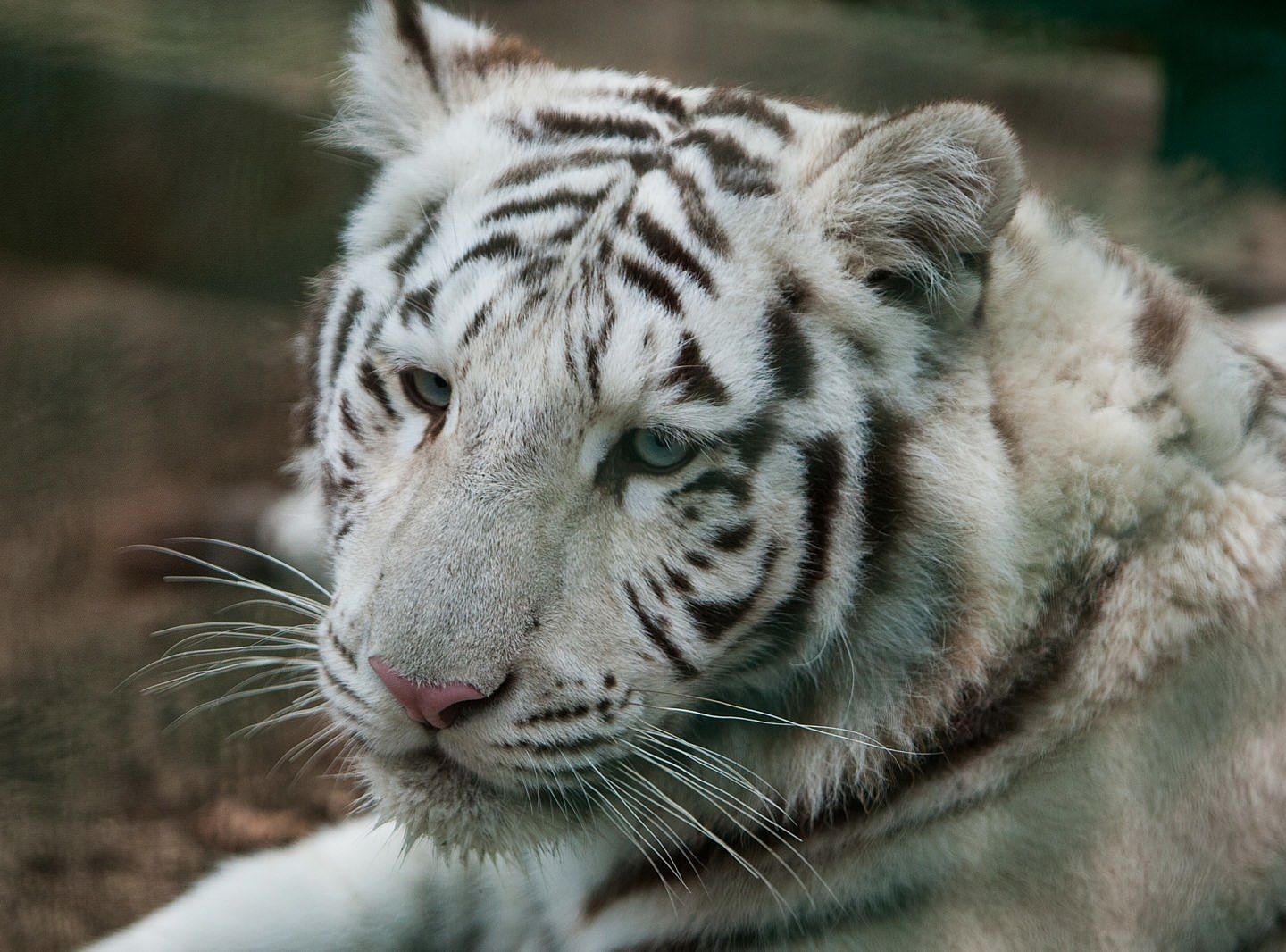 In the wild, tigers mainly feed on ungulates: for the Bengal tiger, the main prey are such species as the Indian sambar deer, axis, wild boar, and nilgau.

Where Are White Tigers Found?

Bangladesh, Central India, Bhutan, Nepal, Pakistan. Now there are about 130 white tigers in captivity, of which about 100 are in India.

All white tigers in captivity today are descended from one common ancestor – a Bengal male named Mohan. According to Chinese mythology, the tiger is the personification of military valor. His image is used in the fight against demons and evil spirits.