Who do you think is stronger of these two animals of approximately equal weight and strength? We believe that it makes sense to bet on the tiger, despite the fact that the lion is considered the king of beasts.

And the thing is that these cats are completely different in character. Lions are more social, they live in communities and also hunt in groups of several individuals. Leo can always be sure that other males will support him in case of problems. After all, if a lion is useless in the hunt, he is kicked out of the pack or even killed. 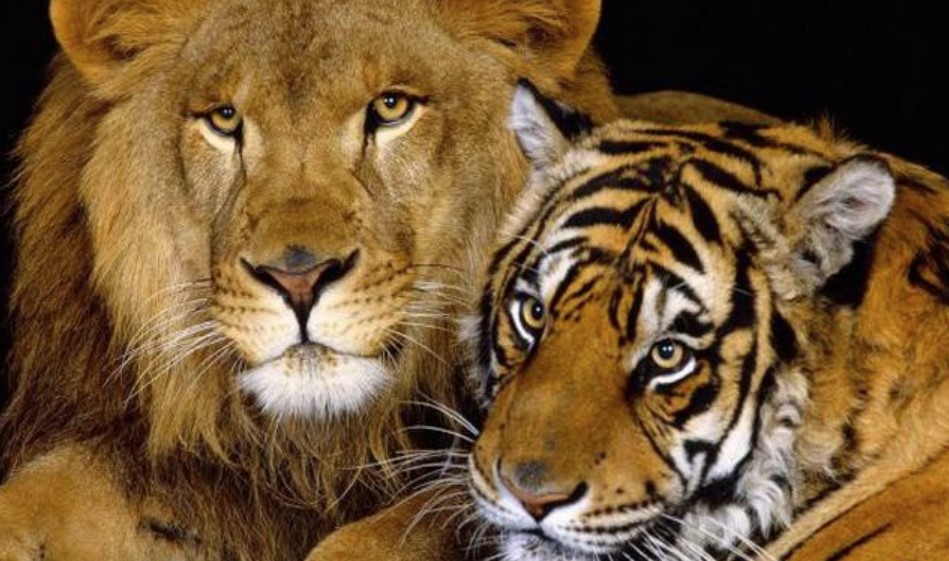 That is why lions are quite imposing on the hunt, they play with their unfortunate victims, being sure that they will not elude them anywhere. It is this trait that will prevent the lion from defeating the tiger in a duel.

Tigers, unlike lions, are loners – they do not gather in flocks. As a fighter, the tiger has more skills, he also hunts differently: he will not play with the victim, but will try to kill her as quickly as possible. To do this, the tiger clings to the throat of the victim – this also threatens the lion.

I wonder how the battle between the tiger and the big jaguar would have ended – these animals are very similar in their characters. The rest of the cats are no match for them – they are smaller and weaker. Only leopards are not included in this list – although they are not as large as tigers, the fighters are excellent and very smart.