Even without any sympathy for animals such as rats, it would be unfair not to note their high intellectual development and ability to adapt to different conditions. Rats tolerate frost and heat without much difficulty and losses, quickly acquire immunity to various poisons, and even exposure to radiation not only does not lead to their death but, on the contrary, promotes enhanced reproduction. The sophistication of their mind is manifested primarily in the invention of methods of obtaining food and disguise. 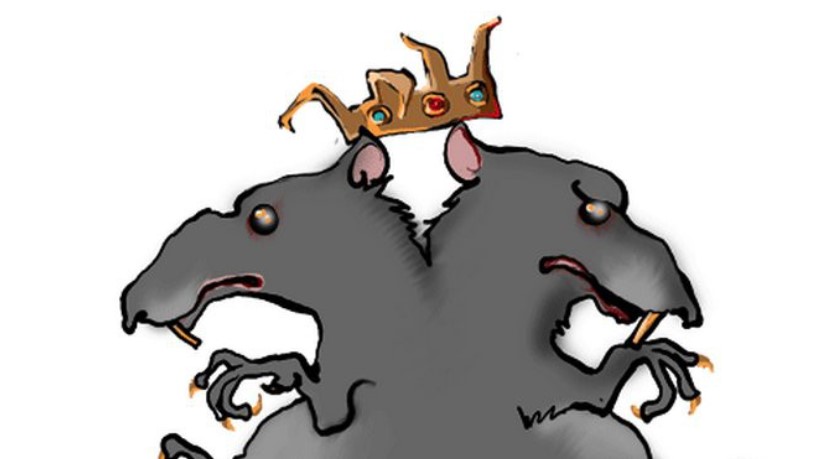 However, there is a very interesting and still not understood phenomenon in the life of these highly organized animals. This is the appearance of the so-called “rat king”, and not a separate individual is called the king, but a tangle of 5-6 or more animals tightly intertwined with each other with tails and legs. Cases of connection of 50 animals were recorded. The “Rat King” practically cannot move and lives exclusively on the “gifts of relatives”. At the same time, the tails of the woven animals are broken, wounded, often dead, and confused with dirt and nesting material. 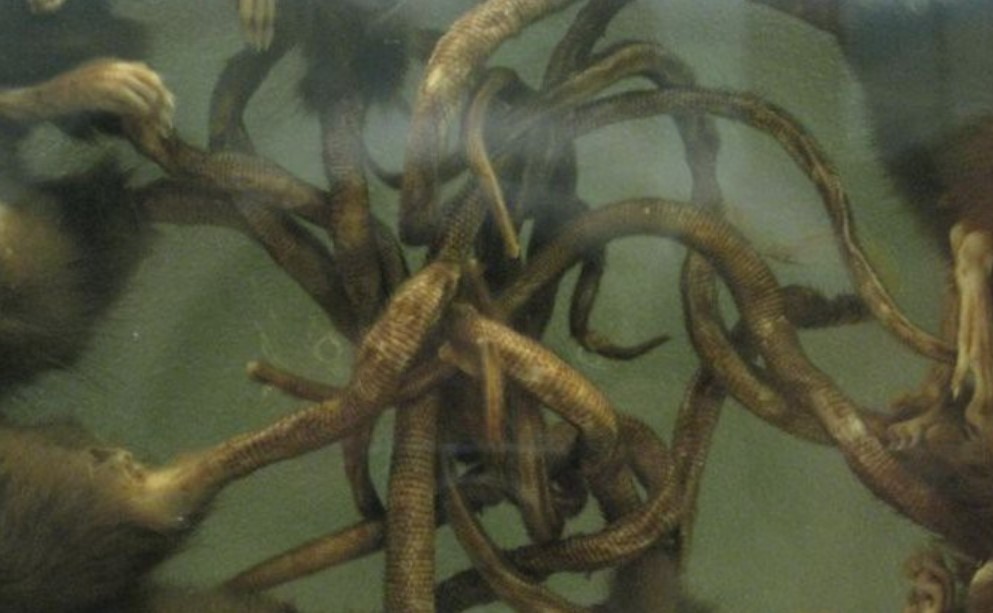 For 400 years, about 60 rat kings have been described, that is, an average of 15 cases per hundred years. These figures still give only a very rough idea of ​​the frequency of the described phenomenon. On the one hand, not all registered finds of the rat kings are quite reliable – there could have been falsification. On the other hand, life shows that not all cases are reflected in the press – at best, the local press writes about them, but professional biologists in other countries do not learn about them. In addition, for certain, many “kings” remain undetected: who knows how many of them are ingloriously perishing under floors and in walls, unable to get out through holes and outlets designed for one animal? 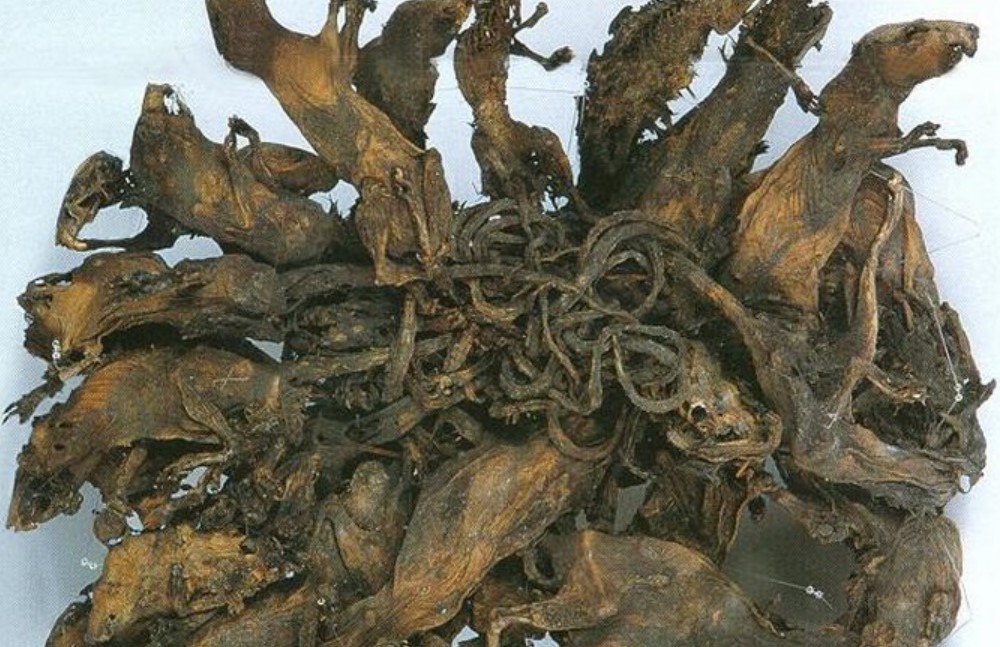 All rat kings found, with one exception, were formed from black rats. An exception was the rat king found on the island of Java in 1918: it consisted of rice rats (R. argentiventer). It is noteworthy that the widespread and numerous human companions, gray rats (R. norvegicus), have never met kings. Obviously, this is due to the fact that the tails of gray rats are shorter, thicker, and less flexible than those of black rats.

How are rat kings formed?

The mechanism of the formation of the rat king is still not completely clear. There are many hypotheses on this score, from completely ridiculous to completely scientific. The first category is the assumption that the stronger rats themselves bind their weaker relatives, thus creating for themselves something like a hammock for rest. Others claim that rat kings are sent from time to time from heaven to remind people of their sinfulness.

There are only three more or less convincing hypotheses:

That rats – several individuals – are intertwined with their tails in such a way that it is almost impossible to separate them. But if the attempt to untwist the tails succeeds or a meticulous person separates the rats by cutting off their tails, then such a persistent person will face great misfortune or even death.

The same interlacing of tails in several individuals is found in squirrels.