Every day, an American pensioner named Dominic Ayrler appears in a city park. He takes pieces of bread with him and heads to the lake. They are already waiting for him there. It was here that the 65-year-old pensioner found his true friend. You’ve probably thought of another senior citizen, or a dog, but no. This friend has two legs, feathers, and wings. And he can fly, and also very loyal. 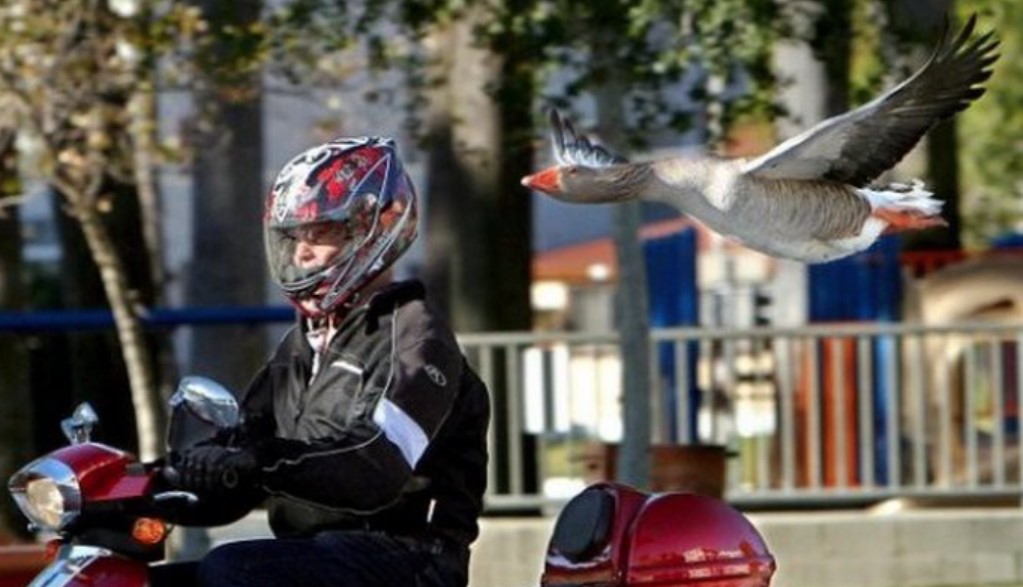 Dominic says that at first, he did not notice the goose, although he, like a dog, followed on his heels and giggled all the time. Then one of the visitors drew his attention to the feathered companion and said that his name was Mario.

Since then, the goose has been waiting for Dominik’s noticeable red scooter on a hillock to follow him to the lake. And at this time on the lake, there is already excited. Everyone eagerly awaits the taco pieces to be served.

According to Ayrler, Mario is very jealous and does not let strangers close to “his” person. It’s funny, but for some reason, everyone considered Mario a goose and called it accordingly – Maria. Once veterinarians, examining the inhabitants of the park, discovered that Maria was a male, and renamed the bird, Mario.

In the summer of this year, the park administration intends to drain the lake to implement a project for its cleaning. All birds will have to be temporarily relocated to other reservoirs. The pensioner assures that this is not the end of their human-goose friendship, and he will follow his feathered companion wherever he goes.