Initially, the new breed was called the Thuringian Pinscher, and after the death of the “father” of the breed, Friedrich Dobermann, it was renamed the Dobermann Pinscher. Subsequently, in 1949, the word “pinscher” was removed from one of the editions of the standard, and the dogs were officially called Dobermans.

Dobermans are incredibly talented service dogs. They work for the police and are involved in the most complex operations. One of the most valiant servants of order is rightfully considered a Doberman named Tref. At the beginning of the 20th century, he solved over a thousand crimes. Unfortunately, the owner of the dog was killed. After this misfortune, Tref was very worried and never returned to the search service. Surprisingly, in the future, Tref’s son, named Ber, solved 65 crimes in 1.5 years. For comparison: during the same period, the smartest trained shepherd dog solved only 24 crimes.

In 1944, 25 Dobermans gave their lives in the struggle to liberate the island of Guam. A monument is erected in their honor on the island. It is called “Always Faithful”.

The poem by Sergei Yesenin “Give, Jim, for luck my paw” is about a Doberman belonging to the actor Katchalov. 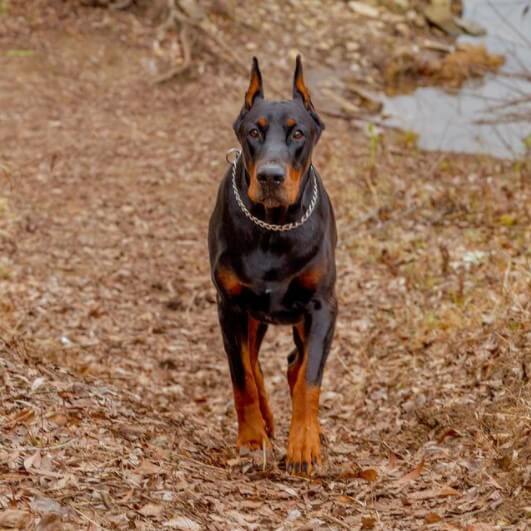 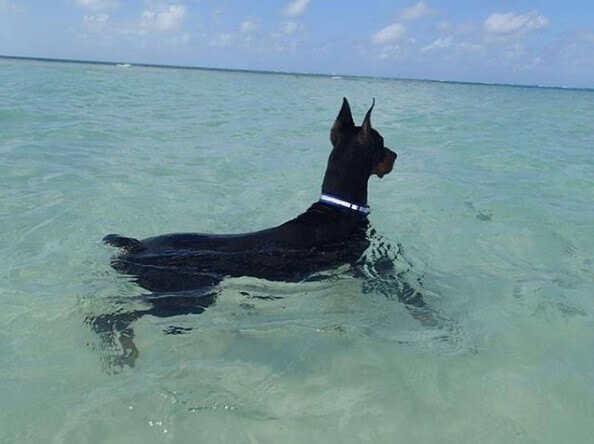 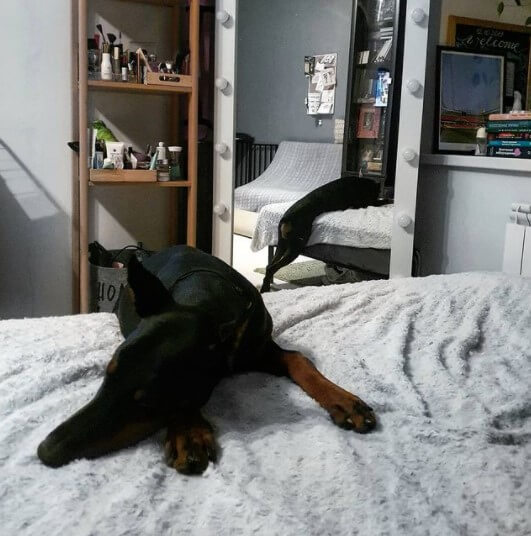