Looking for the perfect Doberman name? In this article, you will find a variety of gorgeous names for both male and female dogs.

Which Dog Name for the Doberman? 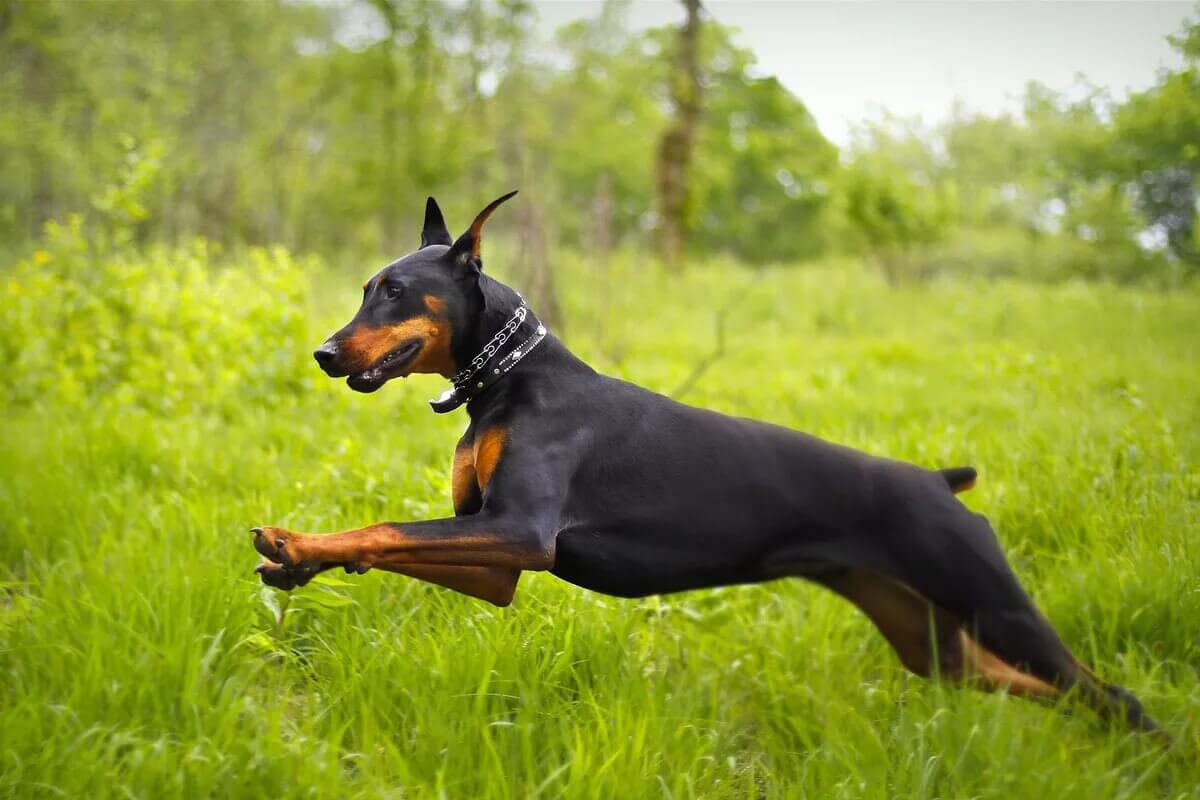 Before a Doberman gets its dog name, many first ask themselves the question: What are the characteristics of the dog breed? Breed typical of a Doberman is a courageous, confident, and protective character. It is precisely these characteristics that make it a watchdog and service dog valued around the world for the police, customs, or the military.

Doberman as a Family Dog

However, that is only one side of the coin. The Doberman Pinscher also has the potential of a family dog. His loving, playful and affectionate character comes to the fore with his loved ones. As a result, names that stand for courage, strength, and protector are just as suitable as names that mean gentleness and love.

When choosing a name for the dog, the country of origin can also serve as a source of inspiration. The Doberman comes from Germany – more precisely from Thuringia. Thus, Old High German names are ideally suited for the great pinscher. In the following, we present dog names male for the Doberman and dog names female for the breed.

“Observe with Argus eyes” – this phrase is derived from Greek mythology. Argus was a guarding giant with a hundred eyes and therefore goes wonderfully with a gifted guard dog like the Doberman.

Dobby, the free house elf from Harry Potter, is an excellent match for a Doberman. The cheeky dog ​​name also scores with the meaning: “The gloriously shiny one”.

Pronounced English, the name Major sounds like a reliable four-legged friend. The military rank also indicates the disciplined character of a Doberman, which is useful for training or dog sports.

The Pacific Ocean is a long way from the home of the Doberman. Nevertheless, the Hawaiian boy’s name Nakoa is tailor-made for a Doberman male because it means: “The brave one”.

“The strong one” or “the strong one” – these two meanings make the Serbo-Croatian name Silan shine. The name fits perfectly to the athletic four-legged friends weighing up to 45 kg.

If you’re looking for a Doberman Pinscher name with an intimidating meaning, Walter is the place! With the translation “ruler of the army” the initially inconspicuous name radiates a lot of power and prestige.

A Doberman’s gait is hard to beat in terms of pride and elegance. It seems that Doberman bitches know very well about their beautiful appearance. The English variant of the name Adelheid can be translated as: “Of the noble being”.

Home love: Gera is not only located in Thuringia, the birthplace of the Doberman. It is also the short form of several German names such as Gertrud or Gerlinde and means: “The spear”.

The big pinscher is anything but a couch potato! Ida – translated: “The worker” – is, therefore, an ideal choice of name for the dynamic Dobermann bitches.

Lynette is an old high German girl’s name, which also goes well with a Doberman bitch. It means: “The gentle one” or “the mild one”.

Najia comes from Arabic and shines with the wonderful meaning “the one who saves”. The German dog breed is known for its loyalty and courage and is also ideally suited for the job as a rescue dog.

Skyla not only sounds beautiful, but it also means “the protective one”! The name is ideal for all female Doberman puppies who will take over the guard post in the future.