Pugs are one of the oldest breeds. It is generally accepted that these dogs were bred in China. In ancient Chinese manuscripts, there are references to stunted dogs with a short muzzle. In those days, there were two varieties of these dogs – with short and long hair. Ha Pa (long-haired dogs, which are considered the progenitor of the Pekingese) and Lo Dze (short-haired breed from which modern pugs are descended). Pug-like dogs were mainly bred by noble people, and some types of pugs lived in the imperial palace and even had their own servants. Images of short-faced dogs with a black muzzle and round eyes have also been found in the Far East. Dogs of this breed came to Europe after establishing trade relations between the continent and the Far East. Dutch sailors were the first to bring pugs to Europe, and they quickly gained popularity among both noble and ordinary people. Breed standards were adopted in 1888.

We have prepared 17 funny Pug memes for you! 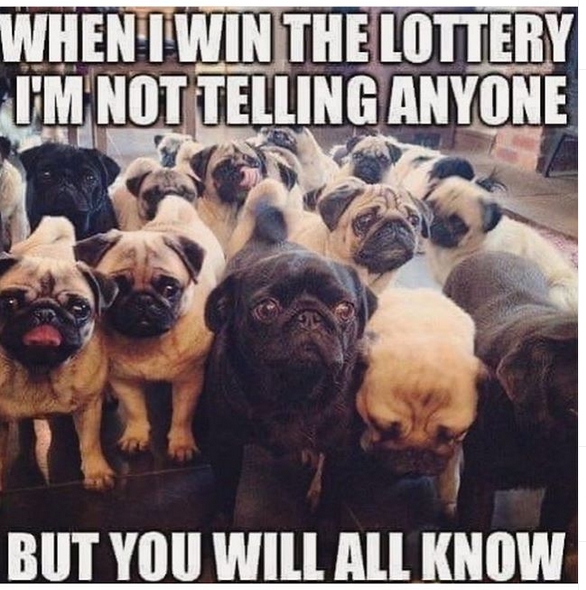 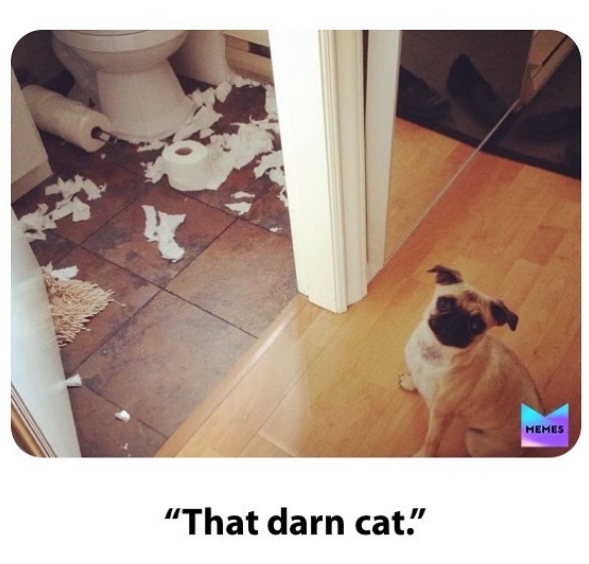 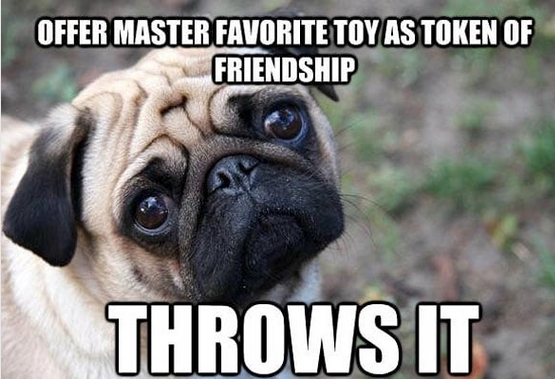