The delicately built Basenji originally comes from Central Africa and is best known for its peculiar bark, which sounds more like yodeling. Therefore, he is not suitable as a guard dog, since his sounds do not sound like an alarm.

Contents hide
1 What You Need To Know About The Basenji
2 Appearance: Basenji
3 Hardly any Maintenance
4 How Everything Began

What You Need To Know About The Basenji

His real talent lies in being a loving family dog. He loves being petted and hugged, preferably all day long. At the very least, he needs constant attention from his humans. If he doesn’t get it or is even left alone, he will start chewing on things that aren’t really meant for that. Therefore, toys on which the Basenji can act out its urge to chew should always be within reach. 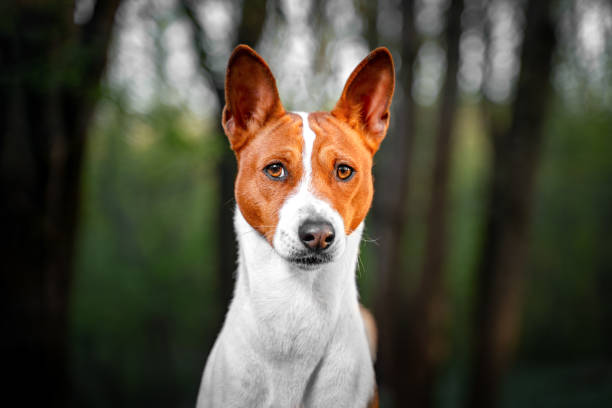 His curiosity is at least as pronounced. The intelligent four-legged friend, therefore, loves long walks on which he can explore the surroundings. Fences are no obstacle for the agile Basenji. He simply jumps over it or climbs up – with a lot of motivation when he has spotted prey somewhere. Leashing is therefore advisable, especially since he is not so easy to train due to his stubbornness and can react very quickly and energetically to stimuli.

He behaves openly towards fellow dogs if he has been accustomed to it from an early age. With strangers, he is initially reserved and cautious but gradually warms up when his mistress or master sends calming signals.

The Basenji is between 35 and 41 centimeters tall and weighs between 9 and 12 kilograms. He has a short and fine coat. The color of its coat is often red, black, or tricolor with some white.

The Basenji does some of the grooming itself. It often licks its fur to keep itself clean. Unlike other breeds, its skin is odorless, so it never smells. The Basenji’s fur only needs to be brushed, which doesn’t mean much effort. It may just be that some Basenjis shed more hair. 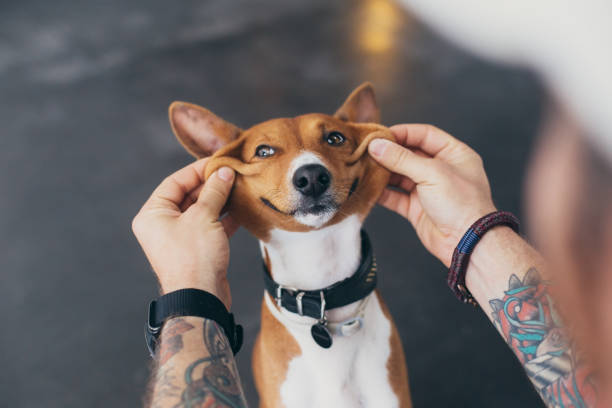 The Basenji, which was bred in Central Africa as a hunting dog, is one of the oldest known dog breeds. Images of the Basenji have also been found in Egyptian tombs. The breed was brought to England in the 19th century, was briefly threatened with extinction, and has been bred again there since 1937.