The Australian Terrier is a brave, confident, confident little dog. However, his courage would also be enough for a much larger four-legged friend, because the “Aussie” is almost not intimidated by anything or anyone. At the same time, he is known for being a bit stubborn and always getting his own way.

Australian Terriers – What You Need to Know 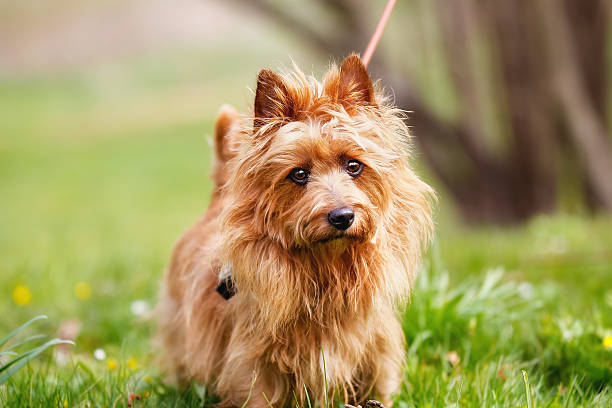 Despite this, he is an eager dog that is easy to train and makes a loyal companion. He is usually very calm and only barks when he has a good reason to do so. This occurs, for example, when a stranger stands in front of the door. The Australian Terrier is an excellent watchdog who reports immediately if anything unusual happens.

He loves his family more than anything and wants to be with them all the time. That’s why you shouldn’t leave him alone for so long. Boredom and perceived neglect also cause the Aussie, like so many other terriers, to start digging holes in the garden. The best way to avoid this is to keep your four-legged friend busy: at least one long walk a day, lots of romping and playing.

He is generally a friendly and affectionate dog but can be shy and aggressive towards people or other dogs he doesn’t know. If you take him for a walk outside, you should always hold him on the leash. The “Aussie” was bred to hunt rats and mice and is therefore always on the hunt for any small creature, that is also likely to want to kill. Because of this, you need to be especially careful around cats and other small animals.

The Aussie is 23 to 28 centimeters tall and weighs five to seven kilograms. He has the typical characteristics of a terrier, has short legs and a long body.

He has medium-length and fluffy fur. Its undercoat is dense and hard. The coat can be red, sandy, or blue with tan markings.

The Australian Terrier sheds very little hair. A short brushing once a day is usually sufficient, trimming is not necessary. If the fur is very dirty, the Aussie can use a gentle dog shampoo in the bath. Care must be taken, however, so that the hair does not grow too much in the ears and stings in the eyes.

The claws usually do not wear out enough and therefore have to be trimmed regularly. 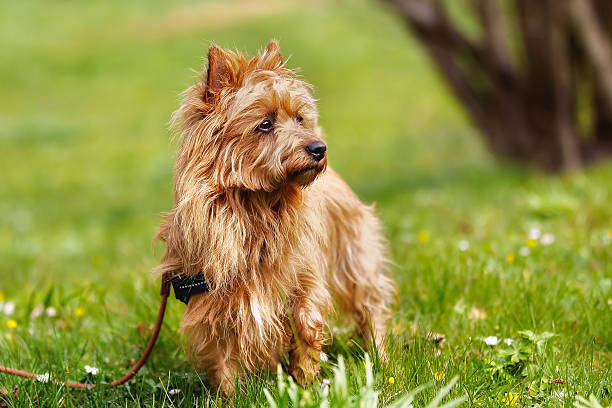 The Australian Terrier is descended from various terrier breeds brought to Australia by immigrants from England. According to the VDH, these included the “Broken Coated Terrier, which in turn was created from the Skye Terrier, the Scottish Terrier, and the Dandie Dinmont Terrier”. The Australian Terrier bears the greatest resemblance to the latter. Yorkshire Terriers were also crossed.

The dog should be brave and alert in order to be able to carry out its tasks. He was supposed to herd livestock, but at the same time protect against snakes and rats by killing them quickly. From this, the national breed developed, which ended in an official standard in 1896: FCI Standard No. 8 at the Fédération Cynologique Internationale (FCI)