Wild animals awaken an atavistic memory in a person, make them afraid, look for ways of salvation. But the townspeople today are also not completely safe. Many “wild” and dangerous animals surround people in megacities. 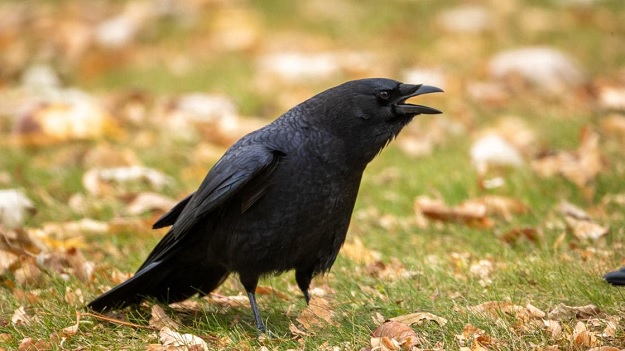 Already several years ago, there were reports of attacks on people by one of the common and familiar neighbors – the crows. In Moscow, an organized group of crows attacked a woman. The group acted very harmoniously – one crow flew up in front, the second kept to the side. Both of them were in the woman’s field of view, flapping their wings loudly, but they were just distractions. The third crow was responsible for the main direction of the attack – she dived from above and began to strike at the woman’s head. The blows were so strong that the raven managed to smash its head in blood.

Similar attacks took place in Hamburg. Ravens in pairs or in large groups attacked walking women, grabbed their hair, and pecked at the head. True, in this case, it is customary to call rescue services there. Unfortunately, for crows, people in uniform are not an authority, and the arriving firefighters were also subjected to attempts to peck, but the firefighters were rescued by their strong helmets and they did not receive any injuries. Caught offender crows were taken to zoos.

It should be noted that bird crows are large (about 50 cm long) with a strong beak. Often, chicks of last year’s brood remain near the nest and help their parents to feed and look after the young. That is why ornithologists assume that most of the attacks of crows are caused precisely by the instincts of protecting the offspring because such attacks are common in the spring-summer, and crows are very careful about their chicks, actively protecting the young in their nests or fallen to the ground.