Animals react to danger in different ways. And not only animals, even within our species, but the reactions of the representatives of the [email protected] also are very different – men prepare to repel danger, women – to escape. Although this difference is characteristic not only of behavior in times of danger. And what about animals at risk? 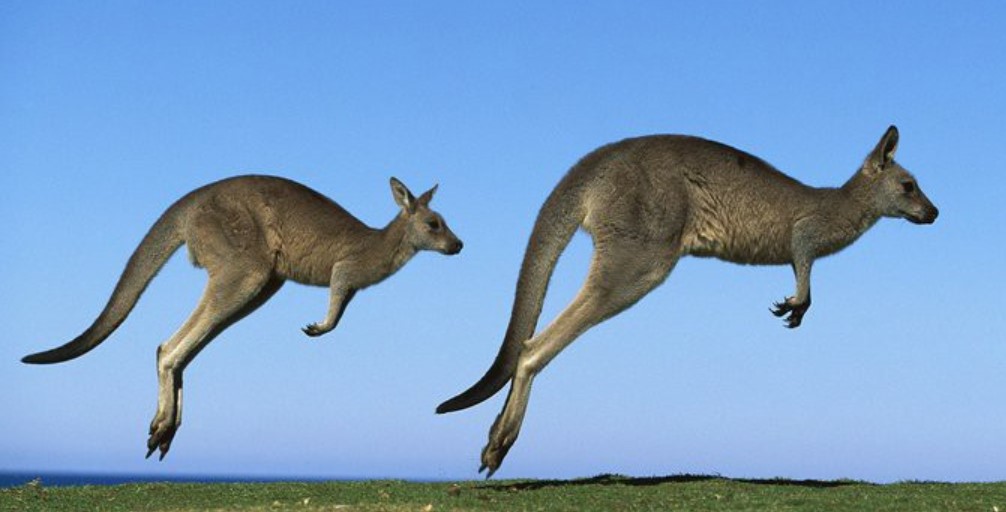 Such familiar animals as gophers that live in colonies usually have sentries who notify the entire settlement about the danger. Moreover, if trouble threatens from the sky, then the sentries whistle, and if, from the ground, they chirp. Marmots, meerkats, prairie dogs do the same. The sounds they make can be heard at a distance of up to 1.5 km.

Wolves are primarily concerned with the survival of adults, and in case of big trouble, they may even abandon their puppies in order to increase the chances of survival. By the way, some human tribes do the same, killing babies before a long transition, for example, thereby providing a greater chance of survival for the group as a whole.

Kangaroos also have their own means of communication – in case of a threat of attack by a predator, they begin to beat the ground with their tail. The rest of the herd perceives vibration and reacts – the weak scatter, and the strong males, led by the leader, go to resolve the issue.

Elephants also use the ground to transmit signals. With powerful legs, they are capable of transmitting messages over a distance of 32 km. In this case, the herd can change its route according to the received vibration message. Similar behavior was recorded when one group was ambushed by a poacher, and another, 60 km away, changed its route and bypassed a dangerous area, thanks to the warning received.

The bear usually attacks while standing on all four legs. He takes the upright stance for a short time and only intimidates the enemy with his height. But it is almost impossible to escape from it, especially since the paw blow is so powerful that it can easily break the back of a bison, bison, or bull.

Lobsters, marine crustaceans, use sounds as a weapon. In case of danger, they begin to drive the antenna outgrowth along a special protrusion under the eyes. The result is a loud sound that comes as a surprise to the attacker and a warning to relatives. And also this musical weapon frightens large fish, which often drops their prey, leaving it to the “musician”.

Lobsters and crayfish pee through the holes near the eyes in case of danger. Their urine contains special substances that carry information to relatives.

In case of trouble, snakes can fart, and quite loudly.

In the anthill, the well-being of the colony is at the forefront, and individual individuals easily sacrifice themselves. So in the stomachs of some species of ants, secretions accumulate. In case of danger, the ant cuts these cavities and “explodes”, spraying the contents around. Usually, inside such kamikaze, there are nerve-paralytic, hypnotic, or poisonous substances.