Tourists have nicknamed the island of Aoshima, which is located in the Japanese inland sea Seto-Naikai, “cat’s paradise.” The unusual home for more than 120 small predators has an area of just over 500 sq. m. And there are more cats here than people. 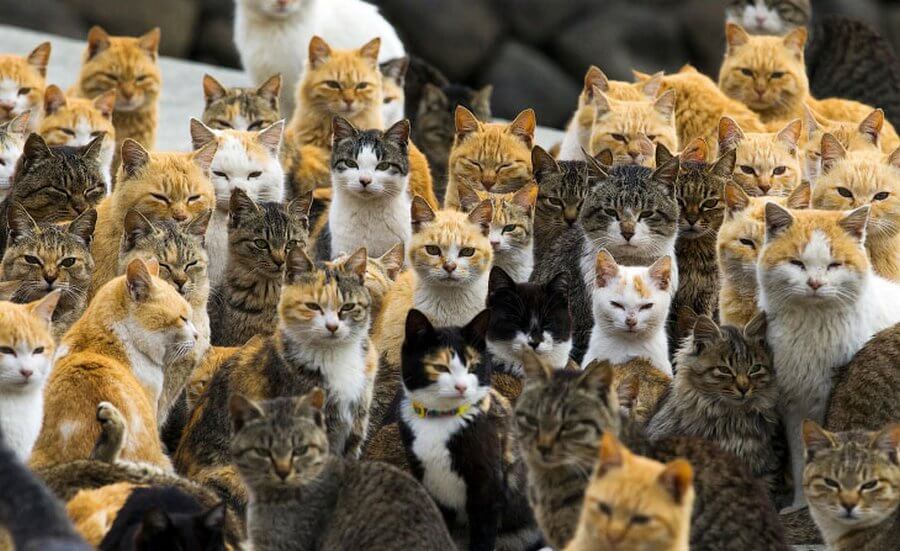 The striped mustaches are on duty at the pier and in a friendly impulse surround everyone who arrives at Aoshima. They beg for food and happily pose in front of cameras on February 25, 2015. 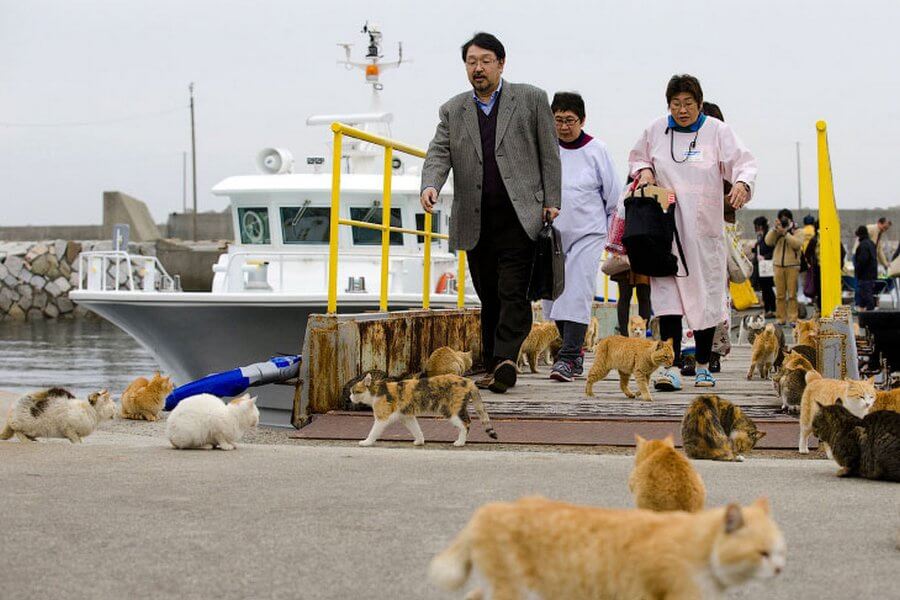 Aoshima Island is located in Ehime Prefecture. As of 1945, 900 people lived here, but then the population began to decline. 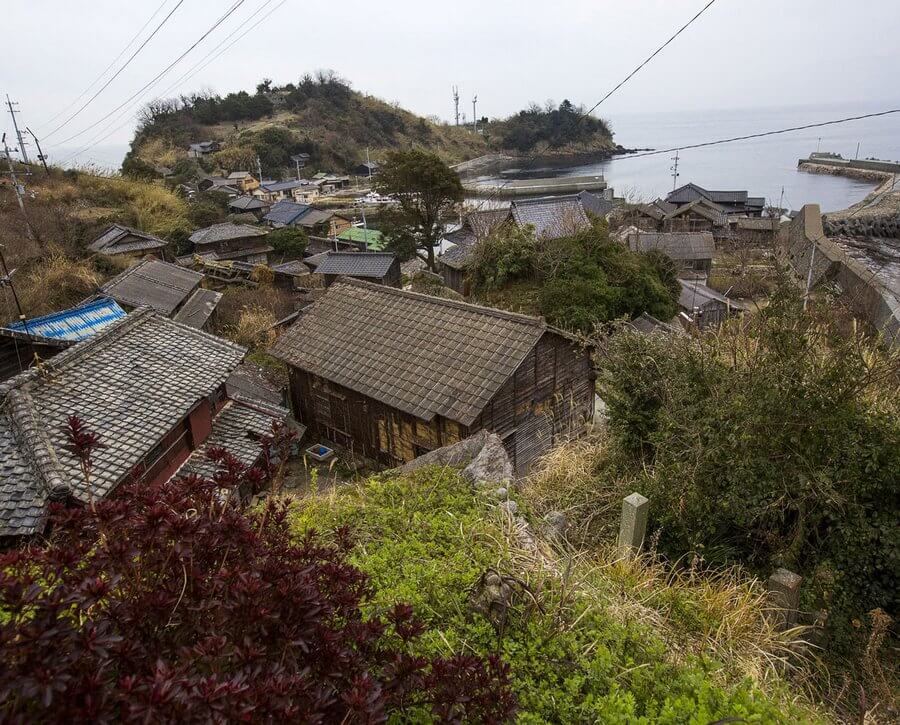 Today there are about 6 cats per one local resident. 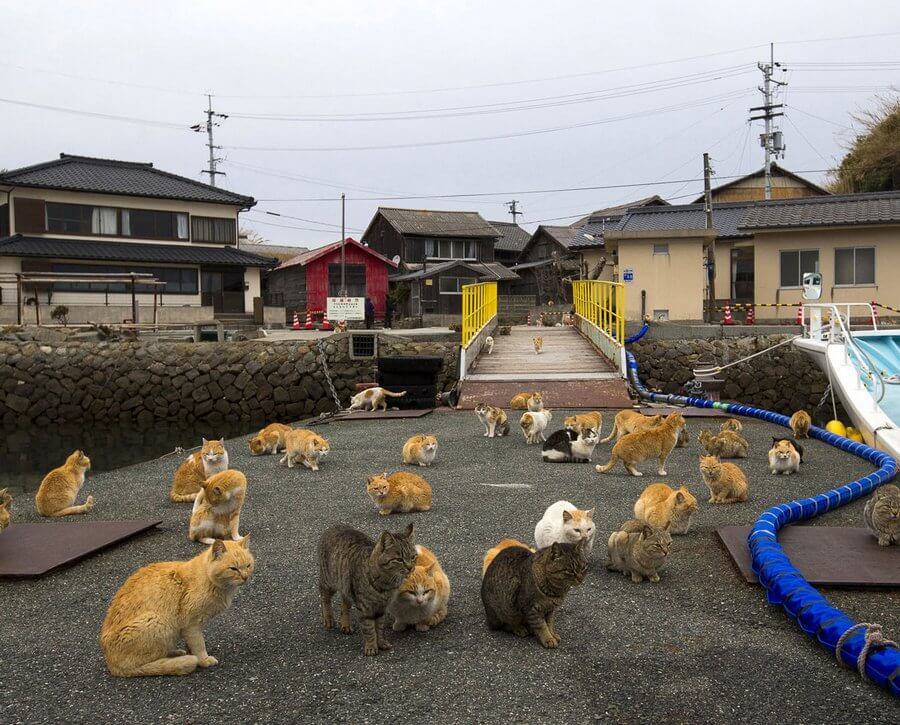 These cats were once specially brought to the island so that they would catch mice that spoiled fishermen’s nets. However, their population has grown significantly. 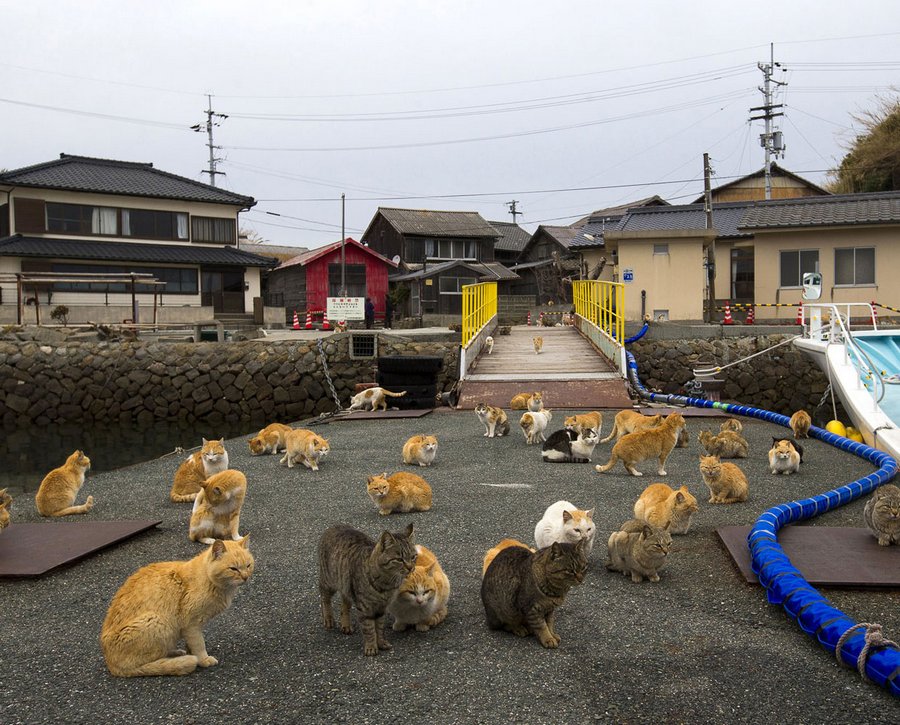 The island is connected with the rest of Japan by a ferry. There are no hotels or large shops, many buildings are abandoned. 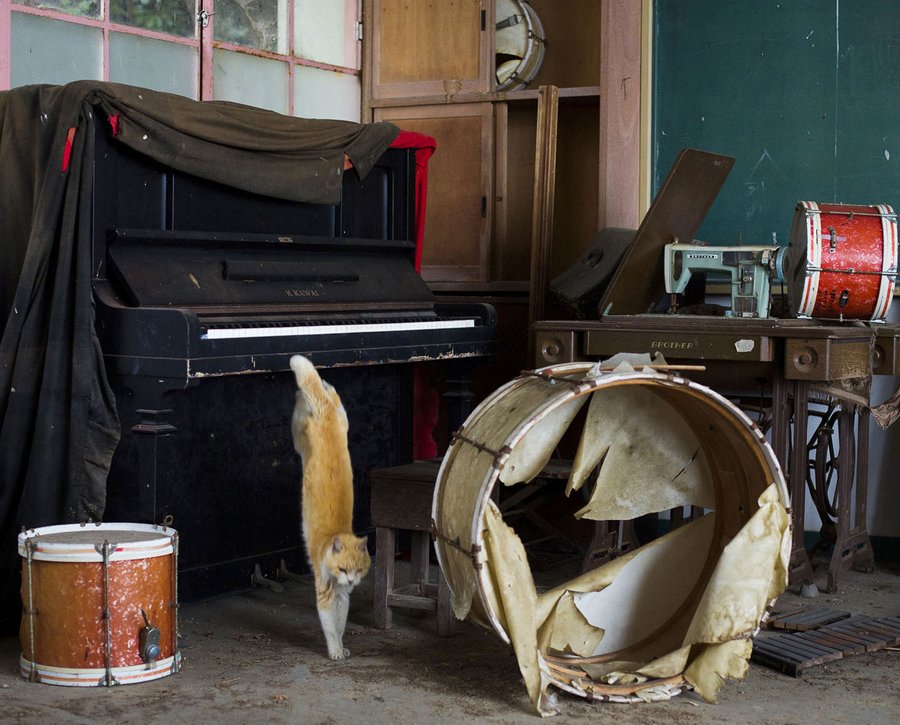 But there are cats. Lots of cats. Of course, this place was named “Cat Island” and attracts many tourists every year. 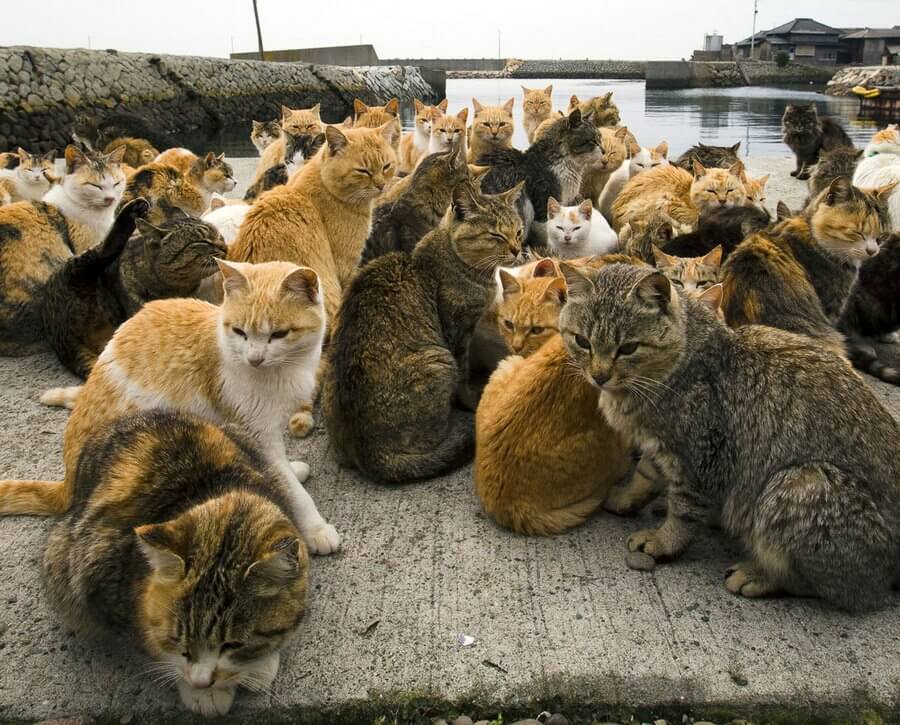 They drove the mice away, and today they have a new role – to entertain tourists.

It is said that one visit to the “purring island” of Aoshima replaces ten sessions of psychotherapy.

The tail is a pipe. A feline sign of greeting and friendliness. 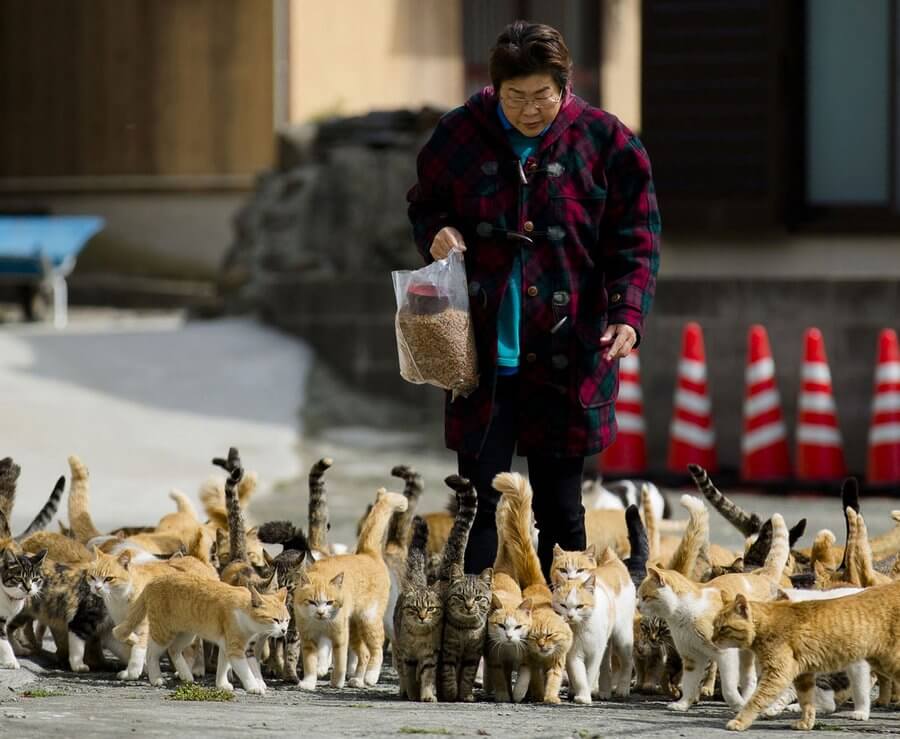