The ancestors of this breed of mountain shepherd dogs, whose name sounds the same as the name of the famous Swiss cheese, came to the territory of the Alps with the ancient Romans in the 1st century BC. For many centuries, adding to the ancestors of the Appenzeller, the Molossian Dogs, the blood of various herding dogs, Alpine shepherds obtained an excellent dog for guarding the farm and pasturing livestock, as well as for transporting small grocery loads. Today, the main purpose of this breed is almost forgotten, but in some remote corners of Switzerland, you can still find Appenzeller’s grazing flocks of sheep. Since 1985, the Appenzeller has been bred as a purebred breed. Despite the excellent working qualities and character, it so happened that he became the rarest of the existing four types of Swiss Mountain Dogs (besides him, there are also Bernese Mountain Dog, Great Mountain Dog, and Entlebucher Mountain Dog breeds today). 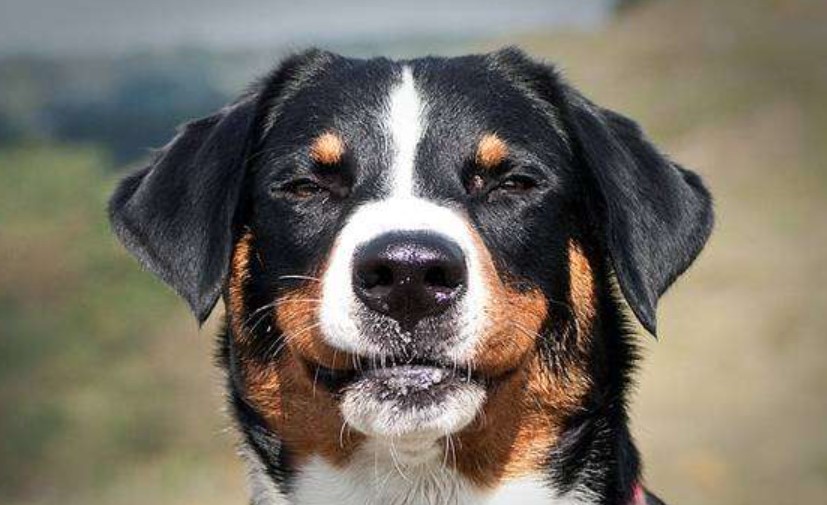 Appenzeller has distinctive external features – it can be easily recognized by the triangular head, the tail curled over the back with a “ringlet”, which fans of the breed lovingly call the “post horn” (this is the symbol of the German postal service) and, of course, its elegant tricolor color: black with white markings and tan. Marks, according to the breed standard, should be symmetrically located on the head, chest, neck, lower legs, as well as on the tip of the tail, but they should not overlap the tan. Appenzeller has a slightly elongated body, muscular limbs, a strong neck, and powerful jaws. Its height at the withers ranges from 48 to 59 cm, weight from 23 to 25 kg. The coat of these dogs is short, shiny, and close to the body. This talented shepherd is very cheerful and curious. He has a bright lively temperament, which fans of the breed called “mercury”, especially strongly his violent disposition manifests itself at a young age. Appenzeller has an incredibly quick reaction, he is very observant and even the smallest detail will not escape his gaze. This doggie needs an equally active and energetic owner, otherwise, he will simply get bored, not knowing where to spend his irrepressible energy. This hyperactive dog practically does not get tired and is ready to play with you for hours and bring all the objects that you will throw at him, he will also do agility or play flyball with great pleasure. He is characterized by a desire to win and a willingness to carry out new, more and more complex tasks. Of course, such mobile and freedom-loving pets need a lot of space for play, otherwise, they will simply blow everything around them. But sometimes this energizer may require independence (after all, the shepherd’s past affects), and if it seems to him that you are putting too much pressure on him and limiting his freedom, he may be outright stubborn. Thanks to their excellent sense of smell, innate intuition, and ability to work in difficult environmental conditions, these brave dogs are used in the mountains when searching for missing people. Also, Appenzellers have remained professional watchmen for centuries – vigilant and always ready to rush into battle to protect the owner and his property. Appenzeller is a very loyal dog and for the sake of the owner is ready for any sacrifices and deeds. If guests come to your house, be prepared for your pet’s continuous barking and wary and distrustful behavior until he gets used to strangers. If you do not like how he behaves or, on the contrary, want to praise him, you can not tell him anything – be sure that he will understand everything with one glance or gesture.