The English Foxhound is a noble aristocrat with his head held high, originally from Foggy Albion. This ancient breed dates back to the 15th century (although some sources claim that the descendants of the English Foxhound were known much earlier). In those days, the British hunted en masse for cunning and dodgy foxes, which caused them a lot of anxiety. In this difficult task, a faithful, gambling, and capable four-legged assistant was needed, which this talented dog became. The ancestors of the English Foxhound are the famous Bloodhound, Talbot hounds, reindeer greyhounds, as well as some types of terriers. Since in our time, baiting of animals is prohibited, now a few English Foxhounds are used mainly for sport hunting on an artificial trail, or people just get themselves a Foxhound as a pet or a dog to participate in exhibitions. 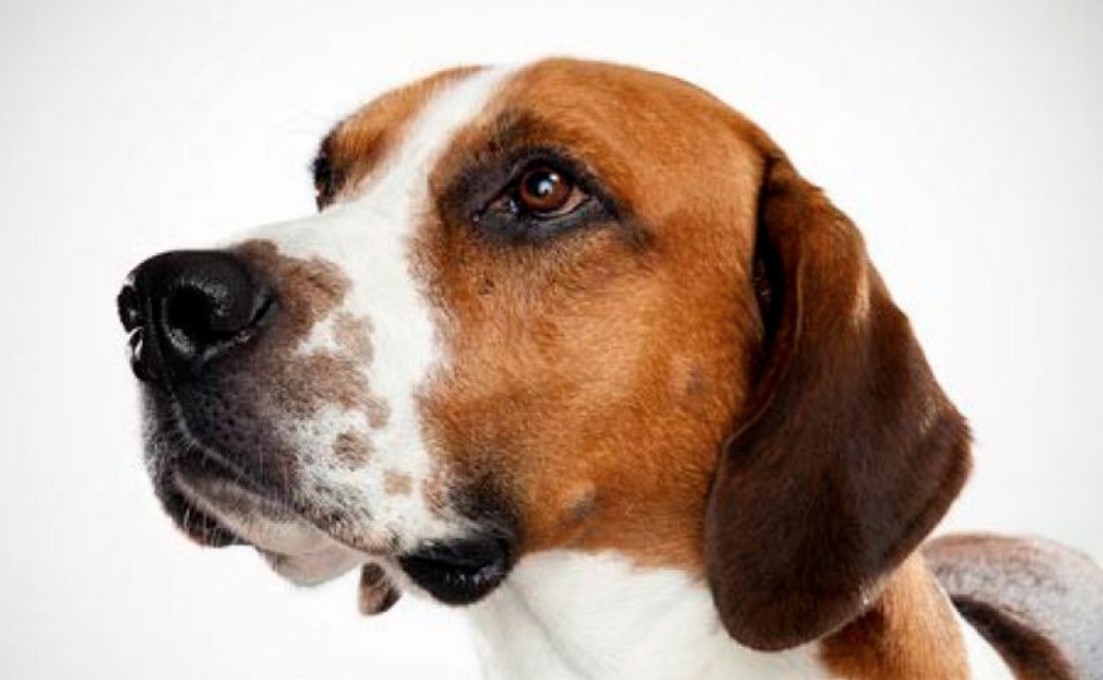 When breeding the breed, breeders were primarily concerned only with improving the hunting qualities of the dog (speed, scent, vigilance, endurance), and the appearance of the Foxhound was practically not given importance, therefore the “official” appearance of the English Foxhound took shape only several centuries later. He looks like his descendant – the American Foxhound, but the latter is slightly inferior to him in size and “strength”. So, the modern English Foxhound is a graceful dog of medium size and strong constitution, height at the withers from 58 to 69 cm, weighing from 25 to 34 kg. He has well-developed muscular limbs, a deep chest, a large and slightly elongated muzzle, broad, drooping ears of medium length, a high set saber tail, and a determined gaze of dark brown eyes. The hairline of Foxhounds is short, straight, and hard; color is allowed and one-color and multicolored, but most often gray, piebald or black-piebald, light fawn. At the time of the frenzied popularity of horse hunting for foxes in the UK, there were almost seven thousand of these talented fox hunters (this is more than 200 flocks). He has extraordinary stamina, which allows him to chase a predator for several days in a row (which used to often happen when hunting foxes). In addition, his skill allows him to be an excellent aquatic hunter as well. When these dogs came to France, they began to be used there for hunting wild boar and deer. By the way, the English Foxhound was considered the favorite breed of Napoleon III. English Foxhounds are accustomed to living and hunting in a pack, so they were brought up mostly collectively, and not individually. It is believed that it will take a tough hand, great skill, and angelic patience to raise one English Foxhound. Like all Englishmen, this dog is balanced, gallant, and well-bred. The English Foxhound is a friendly and balanced dog, he will calmly coexist with your other pets and patiently treat children’s pranks. Of course, this Foxhound is not entirely intended for life in a city apartment, but with sufficient physical exertion and frequent walks, he will be satisfied with his need for active movement and completely satisfied with his non-hunting life. He will be happy to accompany you on a bike ride, jogging, or long hike. In addition, this tracker is very vigilant and will strictly guard your home at any time of the day or night. Rest assured that an uninvited guest will be greeted with a formidable bark.