In Ancient Egypt, the Basenji was revered as a living talisman – they were presented to the pharaohs and buried with honors together with their owners. After 5 thousand years, this breed is still in the same favor and stands out noticeably against the background of other dogs. The question is why? The fact is that the Basenji is a dog, frankly speaking, an unusual one. To begin with, she, like everything mystical, secret, has dozens of names: Congolese bush dog, forest dog from Congo, Congo terrier, Nyam-nyam-terrier, Zande dog, “a creature from the thickets”, African non-barking dog, etc., which partially reveal its features and history. 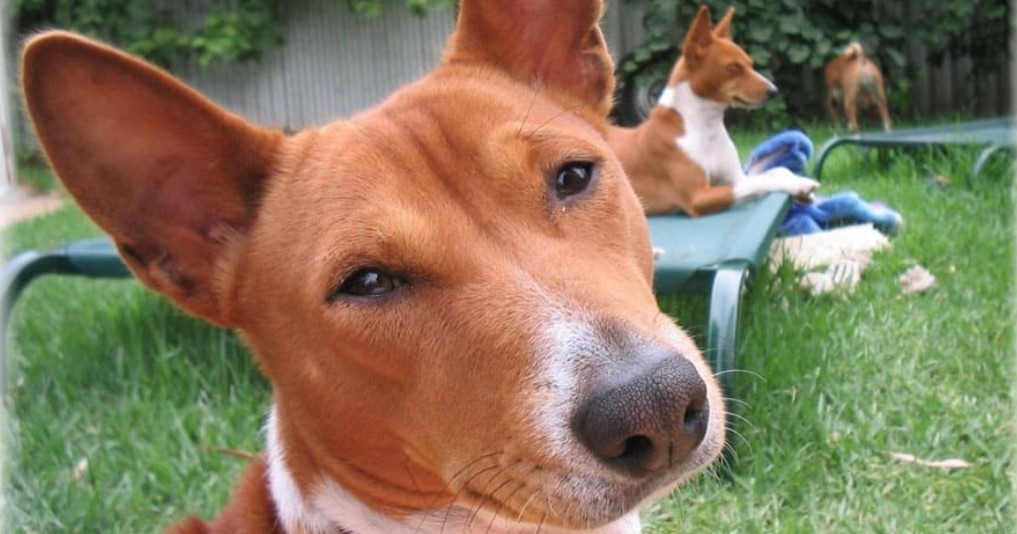 Basenji came to us from central Africa at the beginning of the 20th century. And immediately struck the Europeans by the fact that she did not know how to bark at all! For millennia, she has been trained to hunt without a voice, which is believed to have led to her habit of being silent. However, Basenji is not dumb. When she is happy or excited, she makes sounds like a rumbling coupled with a choked laugh. The only non-barking dog in the world is as clean as a cat. Basenjis wash with their paws! Unlike other breeds, estrus occurs once a year, there is practically no smell, and all hair care is just rubbing with a special glove. Thus, a clean Basenji is ideal for those who value peace and order in the house. There is even a joke among dog breeders about Basenji that this is the best couple for an inveterate bachelor – more grateful than children, or rather than a wife, and most importantly – he listens and is silent, silent … But! This dog is not suitable for lazy owners or retirees. Basenjis are very agile, fearless, and self-confident (it is not for nothing that they are still used for hunting in the Congo). To throw out irrepressible energy, they need long active walks. Running, jumping, playing, training – they all love it. In general, Basenji needs to be dealt with, this is not a sofa toy, but a companion: if you walk badly, it will run away from any platform, leave it alone for a long time – it will gnaw furniture in sorrow. The trained Congo Terrier is calm, affectionate, intelligent, and loyal. Another feature of the breed is funny wrinkles on the forehead (with flattened ears), smart eyes, slender legs, and a tightly curled tail. Thanks to natural selection and independent development, Basenjis are distinguished by strong muscles and good immunity. Dogs are of 4 colors: black-piebald, red-piebald, black-piebald and tan, brindle. Moreover, for all colors, white markings on the legs, chest, and tip of the tail are required.