Looking at the squat and short-legged Basset Hound, it is quite difficult to imagine that he is able to demonstrate great success in the hunting business. The fact is that the main tools in this matter are not their paws and teeth, but their scent. Want to know more about the English Basset aristocrats? Read on. 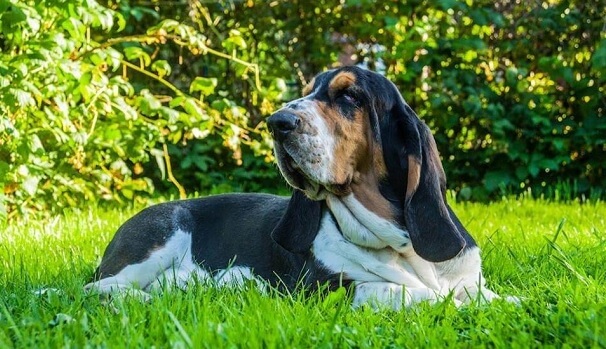 The ancestors of Basset Hound dogs are native to France, but officially these dogs are considered British. Melancholic and unhurried, they do not like to make sudden movements and make hasty decisions. But this behavior applies only to everyday life. Going out on the hunt, the Basset turns into a restless bloodhound, which is simply impossible to knock off the trail caught.

Those who want to get to know these beautiful animals better should find out a few facts about them:

Bassets are recognized as the owners of the longest ears on the planet. Because of this peculiarity of their appearance, they were even included in the Guinness Book. The representative of the breed, whose ears were 22 cm in length, became an honorary record holder and so far no one has been able to surpass him. Sometimes Basset Hounds even step on their own ears while walking or running.

Ears not only make these dogs look unique, but they also help them to hunt. The tips of the ear strip collect all the smells from the ground and bring them closer to the nose of their owner.

Steps and high rapids for dogs of this breed are real torture. Due to their short legs, it is difficult for them to overcome any obstacles and protrusions that come across in their path. Making an athlete out of a short-legged “hound” simply will not work.

The name of this breed is based on two separate French words – low and hound.

All “eared hounds” simply cannot stand loneliness. Also, the representatives of the breed have a rather low and loud voice. The neighbors of the negligent owner of the dog, who left his pet alone for a long time, can be convinced of its strength. Bored, the dog will begin to sing a long and loud song about how bad it is for her to be locked up alone.

William Shakespeare admired the representatives of this breed. They were the favorite dogs of the classics.

Bassets can rightfully be called one of the longest-lived rocks on earth. They were first mentioned in 1585.

These four-legged animals cannot deny themselves the pleasure of relaxing on a soft sofa. For their love of comfort and convenience in their homeland, they were even dubbed “couch athletes.”

Despite the external comic, the slowness and detachment in the gaze of the bassets are personalities to be reckoned with. These dogs have a strong character, considerable intelligence, which makes them very loyal and loyal, but not the most accommodating animals.

Basset hounds are not as simple as they seem. Not every owner can discern a bright individuality in a clumsy, big-eared bumpkin and find a common language for communication. Those who have managed to find an approach to these dogs need not worry that there is no faithful and devoted friend in their life.