Various diseases of the Bernese Mountain Dog are influenced not only by genetics but also by the environment, as well as the conditions of the animal. Among the diseases, there are rare, to which the representatives of the breed are prone and quite common, to which many pets are susceptible.

If we talk about the genetic inheritance of diseases, it is not always possible to determine the presence of a disease in a puppy, therefore it is important to purchase a dog from conscientious breeders who carefully select animals for participation inbreeding. 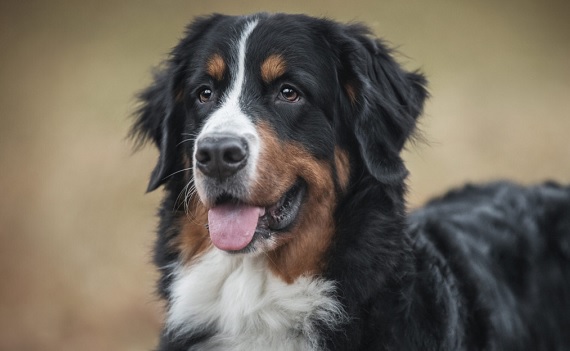 Degenerative joint diseases include knee dysplasia, which occurs in puppies and young dogs over 5 months of age, and hip dysplasia. Some dogs are sore and limp, while others show no signs of illness. The disease progresses with age, usually in puppies from 6 months of age. The disease is rarely diagnosed in puppies at the age of 8 weeks when the babies are sent to a new home. Therefore, the risk of getting a sick dog remains high.

Cancer of one type or another is often diagnosed in a pet. Unlike other breeds, the Bernese Mountain Dog has a high cancer mortality rate. Early detection can help maintain health but does not guarantee complete recovery.

Panosteitis, associated with damage to the bones, leads to fibrosis of the medullary canal and the appearance of abnormal formations of the periosteum. The disease is manifested by lameness, diagnosed in dogs at 5-8 months. Panosteitis has an effect on young growing individuals under the age of 2 years. During this period, animals experience pain when moving, it is difficult for them to move, lameness appears, but the symptoms of the disease completely disappear when the pet reaches maturity. The disease is detected by X-ray, although mild forms are difficult to detect.

Gastric volvulus is a potentially dangerous condition that manifests itself sharply and develops rapidly. Saving a dog’s life depends on every second. The sooner help is provided, the higher the chance of saving the animal.

The breed is prone to allergies. Some pets have very sensitive digestive systems and are often diagnosed with food allergies. Allergy is manifested by itching, can cause the development of pyoderma (bacterial skin infection). In such cases, a special diet is drawn up, which will have to be adhered to throughout life.

Hypothyroidism is diagnosed in dogs under two years of age. The disease can manifest itself in various symptoms: from changes in temperament to tarnishing and brittle coat. Hormonal changes can lead to a sharp increase in weight even with a correctly calculated feeding rate, impairment of the functions of the reproductive system. The disease is treatable.

Representatives of the breed are predisposed to eye diseases, in particular, progressive retinal atrophy, entropy, and ectropion (diseases characterized by turning the eyelid inward and outward), cataracts of various types. Therefore, it is recommended to regularly check the dog’s eyesight with a specialist throughout the dog’s life in order to timely detect the problem and take measures to treat the disease.

Other health problems of the Bernese Mountain Dog include kidney disease, cerebellar ataxia, hernias and calcifications, osteochondritis dissecans, blood clotting disease (von Willebrand), which is rare, and a simple DNA test can determine if a dog is a carrier of the gene.

In addition, animals suffer from the heat in summer. To prevent overheating, walking time is postponed to early morning or late evening when the air becomes cool.