Divers diving into the coastal waters of the Indian and Pacific Oceans often come across amazing fish. If it were not so flat and had scales, it could be mistaken for a snake. In fact, these bright yellow or blue or yellow-blue ribbons are blue tape eels from the moray eel family.

They are peaceful, although they keep their mouths open. The thing is that they do not have enough air entering through the gills. Poor fellows have to filter water and oxygen by constantly opening their mouths.
Throughout their life, these moray eels are able to change not only their body color but also their own sex. They are hermaphrodites. 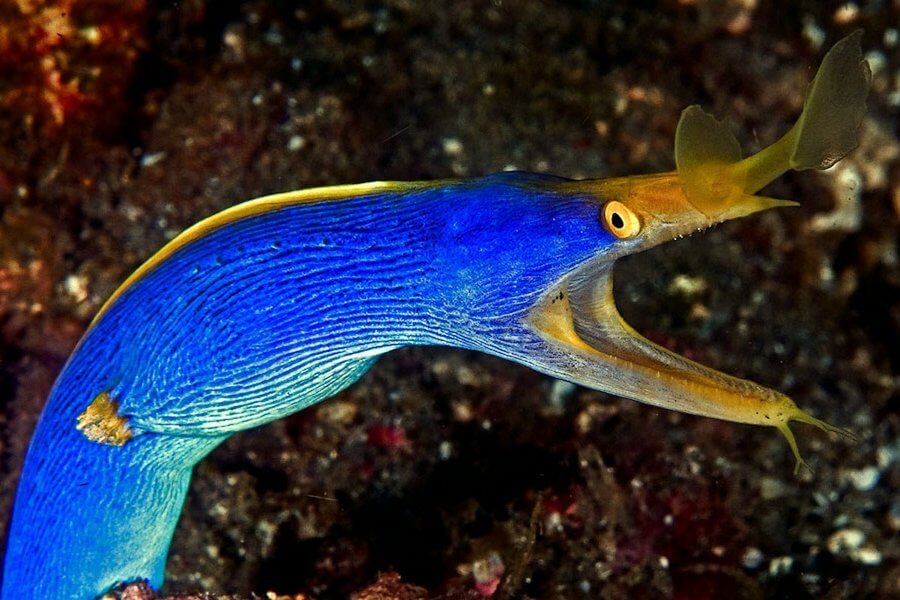 It takes about 3-4 years for an eel to reach puberty and become a male. At this time, his body reaches a length of 100 cm and turns black or dark blue.
Time passes, the body grows up to 130 cm and the male turns into a bright yellow female.

They also have four nostrils. Two ordinaries, and two with an enhanced sense of smell, thanks to which the fish sniff out prey.