The most common color of the Boston Terrier is black with white markings, reminiscent of a tuxedo. This color, on an equal footing with brindle and fur seal, is considered standard.

However, there are also colored Boston Terriers that are not recognized by the FCI standard, although they are not considered a rarity. But non-standard colors of the Boston Terrier are allocated in a separate breed and recognized by the United Canine Association – an unofficial association. Therefore colored dogs are eligible to participate in all UCA sanctioned shows and events. 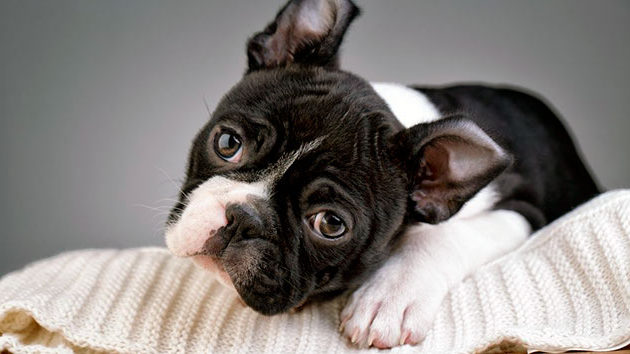 Black with white markings is a classic color that is found most often. The nose is black, the eyes are dark. 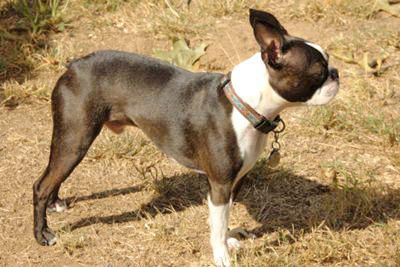 Seals, at first glance, are no different from black, but in bright light or sunlight, black wool acquires a reddish tint. 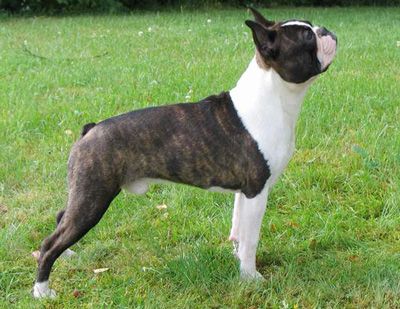 The brindle color of the Boston Terrier is distinguished by the presence of brindles of a lighter or darker shade. Tiger heads should be clearly distinguishable, although brindle dogs are also found, which are mistaken for black because of the very darkened brindles. This coat color is preferred only if the dog is well built. The color of the nose is black, the eyes are dark brown.

Regarding all standard colors, there must be white markings in the form of a gap between the eyes, a stroke around the muzzle, as well as a shirt front on the chest.

The standard also specifies the desired white markings, in particular the collar, partly or completely white forelegs, white, below the hocks, hind legs. 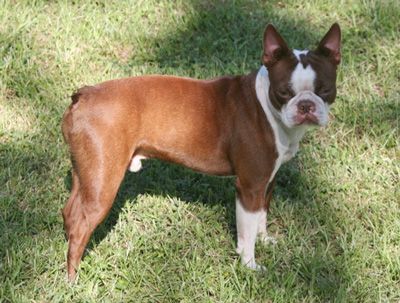 The reddish color of the coat is not uncommon. The shade of the coat can be from light red to deep dark red. In ginger dogs, the nose is liver-colored, and the eyes are light brown or green. 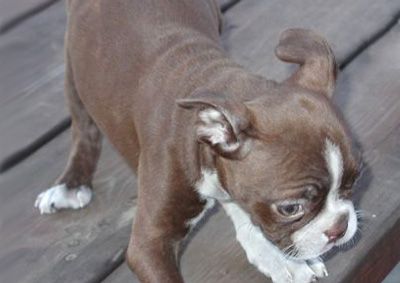 The liver or chocolate color of the Boston Terrier is very beautiful. Usually, the color of the coat is dark brown, but there are various shades of brown, such as the color of milk chocolate. Chocolate dogs have a slightly darker face mask that may not be visible in poor lighting conditions. 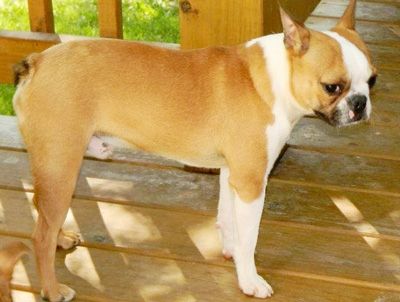 The fawn colors are similar, but the deer is distinguished by the presence of black hair throughout the body. Both are characterized by white markings on the muzzle, chest, fore, and hind limbs, as well as a dark mask on the muzzle. 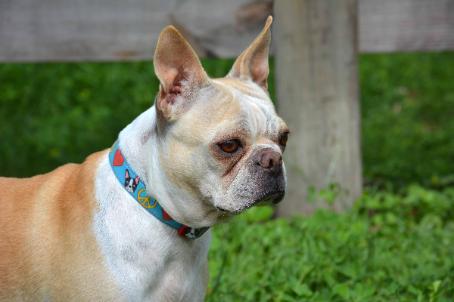 Creamy Boston Terriers are born white but darken with age, acquiring a characteristic cream shade. The eyes of the cream dogs are dark brown, the color of the nose can be of various shades from gray to brown. 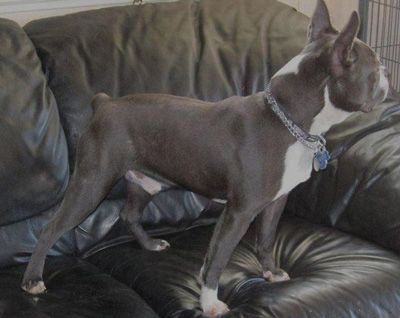 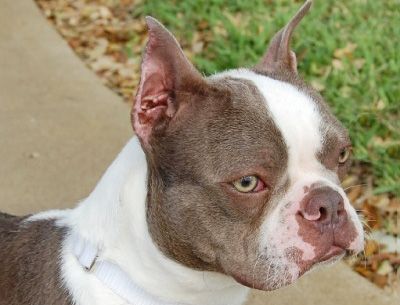 The blue-fawn or lavender color is very unusual and is a mixture of gray and fawn. These Boston Terriers are born with blue eyes, which turn green with age. 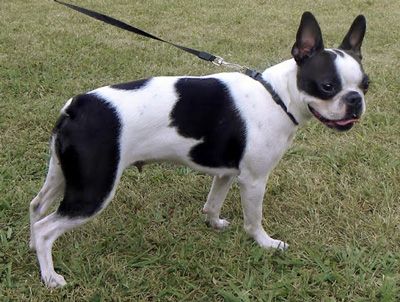 Piebald Boston Terriers are distinguished by a white coat diluted with black markings in the form of large spots all over the body. Such dogs are sometimes obtained and when crossing Boston Terriers of standard colors, they are considered a breeding marriage. 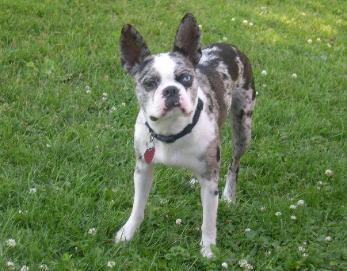 Tricolor dogs are rare, they can be of any color with white markings and lighter than the main color of the coat, spots above the eyes, on the cheeks, the border of the white areas on the forelegs. 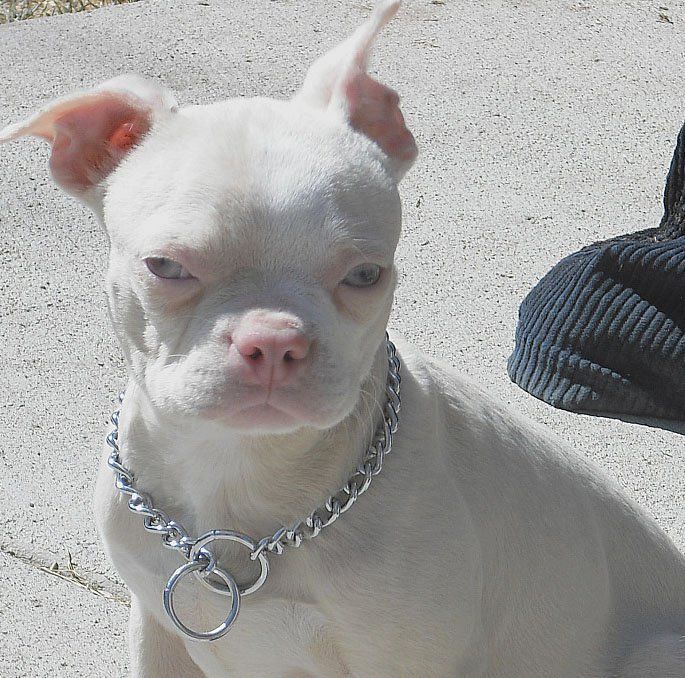 Albinos, often confused with white dogs, have no coat color. They lack pigmentation of the rims of the eyes, paw pads, the nose is usually pink, and the eyes are blue. Albinos often have vision problems.

Rarely, but there are dogs with different coat colors, for example, black, fur seal, or brindle without white markings.

In general, colored Boston Terriers should not be allowed to breed, but some unscrupulous breeders deliberately do not cull colored puppies, passing them off as rare and selling them at inflated prices.