Botia is a very interesting and still poorly studied group of loach fish. Many species are found in hobbyist aquariums. These benthic fish are prized for their unusual body colors and interesting behaviors. Along with catfish corridors, they are one of the best “orderlies” of the bottom – constantly looking for pieces of food in the ground, they contribute to its purification.

Botia marbled (Botia Balmorhea) is a fish from the Vyunovye family. For the first time in amateur aquariums, it appeared quite recently – in 1956, but it does not cease to gain popularity.

Due to the lack of knowledge of the fight, you can find on sale several closely related species (as well as hybrids), which are called “marble battle”. The fish can also be found under the name Botia Lohakata, but in English-speaking countries, it is often called the “yo-yo fight”. This unusual name stuck to the fish after the publication of an article by photographer Ken Childs, who noted that on some battles, dark spots on the body merge into letters resembling “Yo-Yo”. 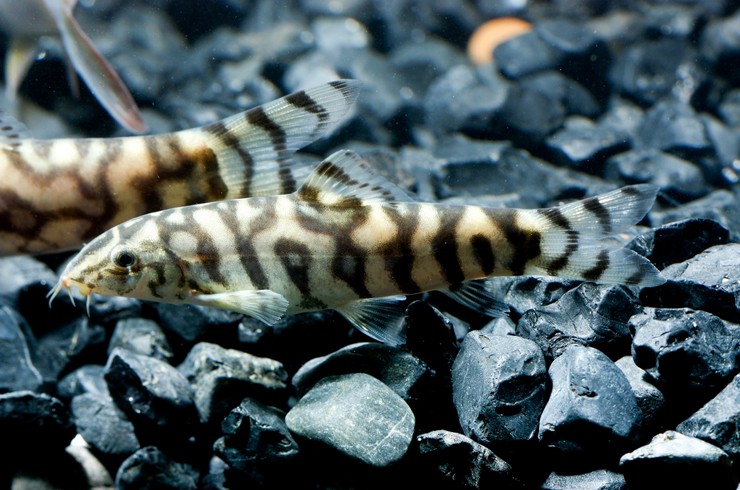 The fish are quite hardy and get along well with other species. They lead a predominantly twilight lifestyle.

Bots, like many other loaches, have a special organ of defense – infraorbital spines. Any predator who tries to grab a fight will be unpleasantly surprised because sharp spikes can easily damage the mouth. For the same reason, it is necessary to very carefully catch the marble fights with a net, because the fish can catch on the net with spikes and even break it.

The scales of the fight are very small and delicate, and therefore very sensitive to the use of drugs. If it becomes necessary to treat the fish, then you need to start with a half dose of the drug and monitor the reaction of the fish to the medicine.

In aquariums, the size of a marble boccie usually does not exceed 15 cm. The body is elongated, the back is curved, and the line of the abdomen is straight. Like other bottom-dwelling fish, the mouth is lower, surrounded by sensitive antennae, which allow you to navigate in troubled water and find food.

The main body color is silver with contrasting transverse dark stripes. When frightened, the color instantly becomes pale. The fins are transparent, the tail is dissected. The pectoral fins are powerful. Under the eyes are spikes hidden in special pockets, which can protrude when trying to grab a fight. Sexual dimorphism is not pronounced. Sexually mature females are distinguished by their larger size and rounded abdomen. 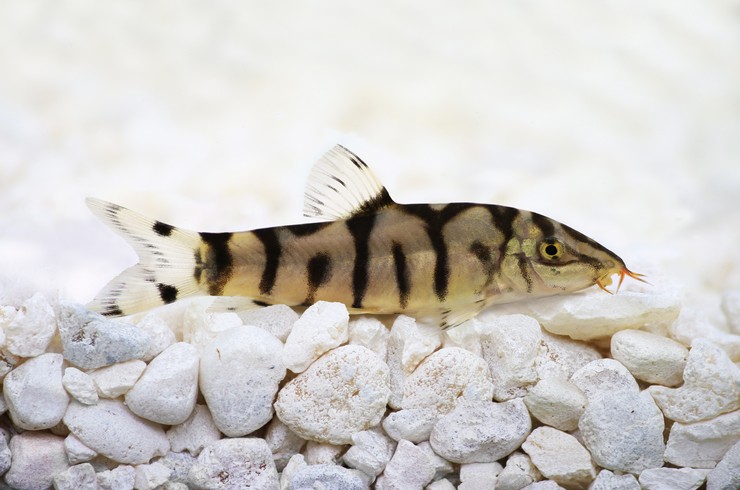 Botia marble is widespread in countries such as India, Pakistan, Bangladesh, Nepal. Fish prefer reservoirs with a slow current, and often lakes, backwaters, ponds with a rocky bottom, and a lot of shelters. 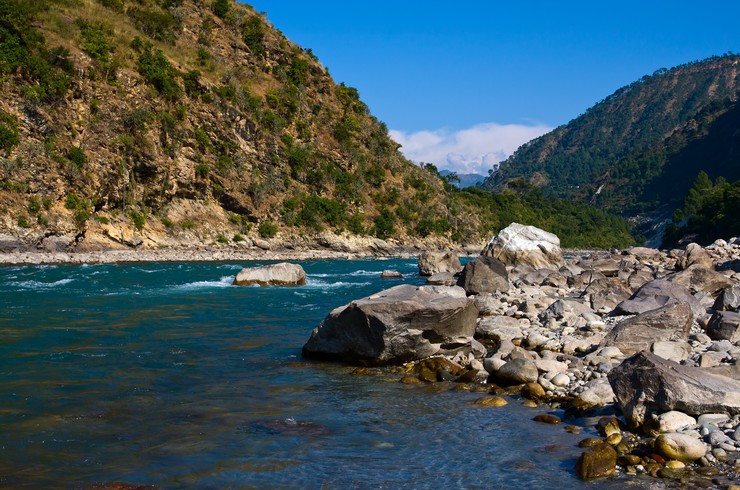 It is best to keep fish in flocks of five or more individuals. The minimum volume of an aquarium for keeping such a number of fish is 200 liters. Fish living outside the school become less friendly with neighbors. The aquarium should be covered with a coverslip or lid to prevent fish from jumping out.

When decorating, you must use sandy soil. This is to prevent the fight from damaging its sensitive antennae on the head. In addition, the fish remove the remnants of mucus on the sand, which is secreted from them in large quantities. Any decorations installed in the aquarium should not have sharp edges so as not to damage the delicate fish scales. In addition, Bots are famous fans of hiding in the narrowest cracks.

Most of all, marble battles prefer various grottoes in the form of tubes. Often, the whole flock is crowded and stacked next to each other. Marble fights are champions in getting into various crevices, so any unused technological holes should be sealed with a mesh, and small gaps in the decorations should be covered with silicone sealant for an aquarium.

It is not recommended to install very bright lighting in the aquarium, because marble battles are twilight inhabitants. The water must be clean and rich in oxygen, therefore a suitable external filter and compressor must be selected. The course should be moderate.

In aquariums with marble fighting, you can use various types of living plants: mosses, ferns, Vallisneria, anubias. It is better to secure the plants with large stones. Floating species (pistia, hornwort) can be launched on the surface of the water to make the light more diffused.

An aquarium with battles needs regular water changes (25-30% of the volume of the aquarium).

Marble fight is a relatively peaceful species, provided it is kept in a flock, single individuals are more aggressive. The fish are compatible with many peaceful species. The only exceptions are fish of small size and with veil fins.

It is better not to plant battles (especially young ones) with predatory and aggressive fish. They will constantly hide in shelters and may even refuse to eat. Swordsmen, mollies, irises, large tetras will become good neighbors. Marble battles get along well with closely related species, for example, a clown fight.

Sometimes males of marble fights have “fights” for females or territory, but they do not end with serious injuries.

Marble fishes are omnivorous fish. This means that their diet should contain both animal products and plant components. In nature, fish eat invertebrates: worms, insect larvae, etc. Do not mind eating delicate parts of aquatic plants.

Feeding live or frozen food can carry the risk of contaminating the aquarium with dangerous infections or parasites, and these foods are not complete.

The best choice for feeding the marbled fish will be quality food for bottom fish, for example, Tetra Tablets TabiMin or Tetra Wafer Mix. Due to their dense structure, they quickly sink to the bottom, where they slowly soften, releasing food. Do not muddy the water. All Tetra foods are balanced and highly palatable.

It is best to feed marble beasts after turning off the lights in the aquarium. It should be noted that young individuals have an excellent appetite and tend to overeat, so at least once a week it is necessary to organize “fasting days”.

Marble battles will also not mind eating small snails in the aquarium, thus controlling their numbers.

Breeding marble battles is a rather complicated process. Spontaneous spawning is hardly possible because, in nature, reproduction is associated with long migrations. Therefore, most of the fish that go on sale are bred on special fish farms in Southeast Asia, where spawning is stimulated by hormones. There is also another way: after the completion of spawning in nature, local residents from neighboring villages catch juveniles of bocci and deliver them to farms, where the fry are raised and sent for export.

Breeding in home aquariums will require experience with hormonal injections.

First, you need to select a couple of manufacturers. Sexual dimorphism in fish is not pronounced, but in sexually mature females the abdomen is rounded from the eggs. Males and females are kept in different aquariums for about a week, where they are fed high-protein foods.

At this time, a spawning aquarium is prepared. Its volume must be at least 150 liters. It is necessary to install powerful filtration with a sufficiently strong flow. A net, driftwood, and large stones are placed at the bottom. Spawning is stimulated by adding fresh soft water. Before landing in the spawning grounds, the fish are injected with hormones.

The spawning of the fighting itself is quite interesting. The male picks up the female under the abdomen and rises with her to the surface, where the whole process takes place. Females of marbled beasts are very fertile, one female is capable of sweeping away up to 5,000 eggs, which are about 2 mm in size and are colored gray-green.

For the first three days, the larvae feed on the yolk sac and prefer to stay in the shade. From the fourth day, the first feed can be taken. Fish do not grow very quickly; at the age of one month, their size usually does not exceed 1.5 cm.