The Doberman Pinscher is an unusually strong and graceful dog. At the same time, she is very smart, courageous, and devoted.

In the distant middle of the 19th century, stray dog catcher Friedrich Dobermann decided to breed a fearless and hardy dog breed.

There is no exact data on the ancestors of the Rottweiler. It is known that crossbreeding were used “butcher” dogs, shepherd dogs, old German pinschers, Thuringian pinschers, greyhounds, short-haired cops, mastiffs, Scottish setters.

The standard description of the Doberman breed was adopted in 1990.

The dog is endowed with excellent muscles and elegant silhouette outlines:

bodyweight is 40-45 kg in males and 32-35 kg in females;
the growth of males at the withers reaches 68-72 cm, and females – 63-68 cm;
headline resembles a blunt wedge;
the nose is black or brown, based on the color of the coat;
the muscles on the cheeks are tightened;
the jaws are powerful and wide;
scissor bite;
teeth are even and beautiful;
dark, oval, medium-sized eyes;
the ears are cropped and stick out vertically;
the neck is long and beautiful;
the back and loin are rather short;
the chest is convex and wide, with prominent ribs;
the belly is nicely tucked up;
the tail is docked, leaving a pair of caudal vertebrae;
the front legs are straight, the hind legs look more rounded due to the hips;
the coat is short, tight to the skin, there is no undercoat;
Dobermans are black or dark brown;
on the chest, paws, throat, cheekbones, above the eyelids, and on the inner side of the thighs, the presence of rusty and reddish-red markings is allowed. 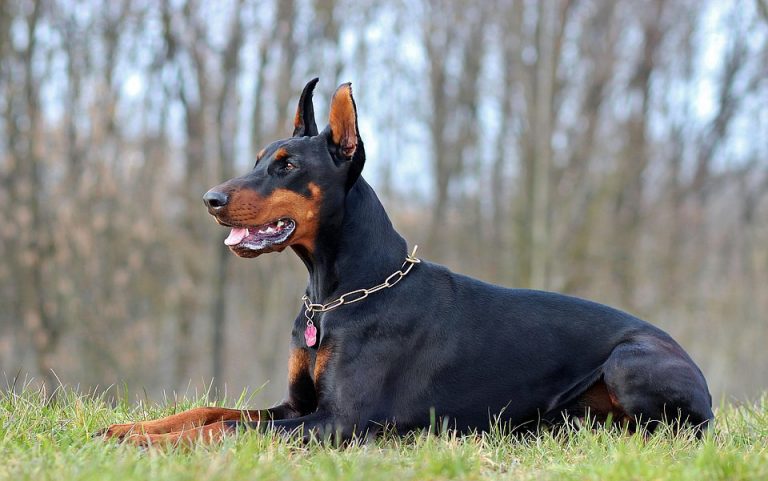 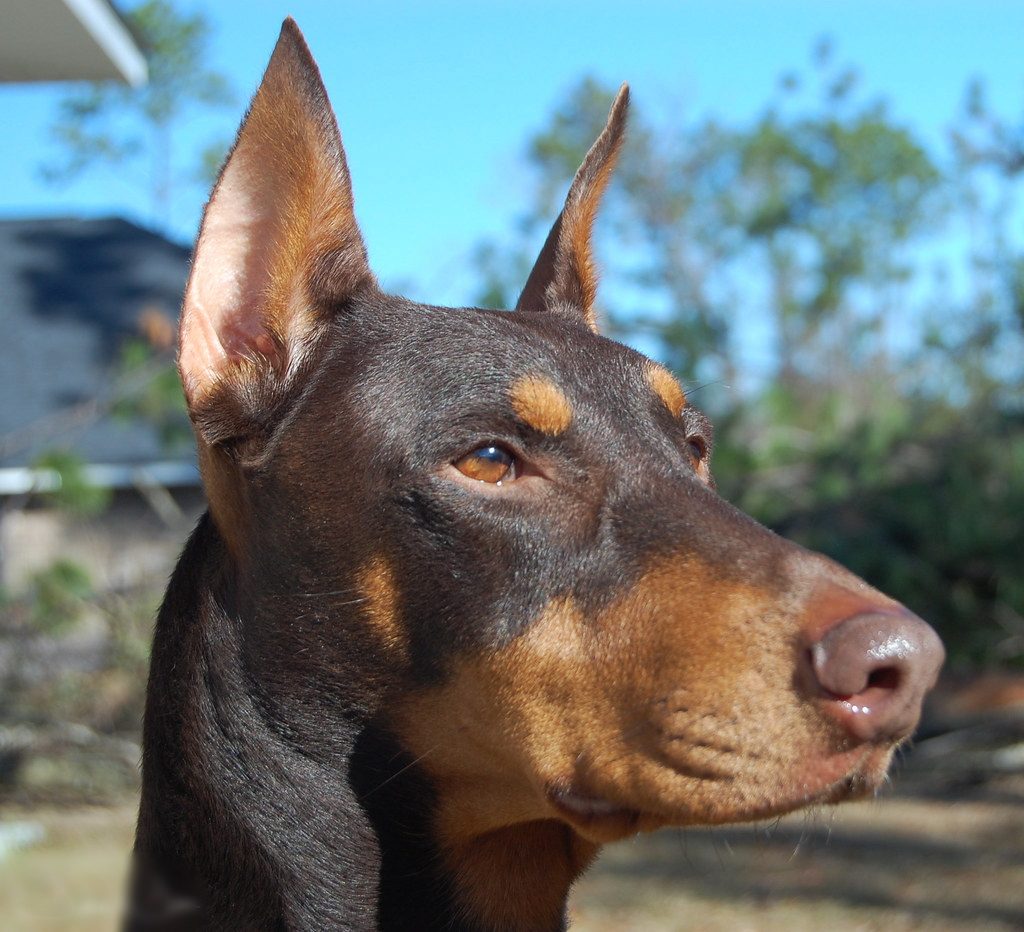 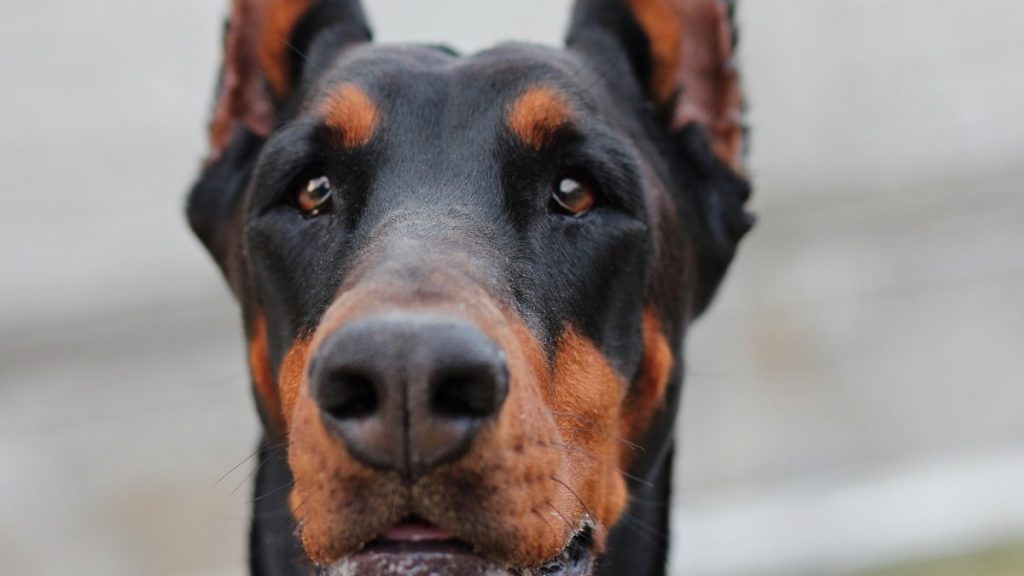