The owl most often represents the image of an intelligent bird and symbolizes wisdom. But for a long time, many other interpretations and meanings have been entrenched in it. Because of the nocturnal image, this bird has always been surrounded by a halo of mysticism and secrets. To understand what the owl symbolizes and where such associations with it come from among different peoples of the world, it is worth turning to history. Ancient beliefs left their indelible imprint on the perception of these feathered predators and partially preserved their symbolism up to our days.

Contents hide
1 Owl – Symbol of Wisdom
2 Mediator on the Border of Worlds and Guide to Spirits
3 Owl as a Symbol of Wealth
4 Symbol of Courage and Femininity
5 What Else does the Owl Symbolize?
6 What Does the Snowy Owl Symbolize?

A well of knowledge and the wisest bird on the planet – these are the associations that first of all raise the question of what the owl symbolizes. This view of its symbolism was held in a number of ancient cultures. 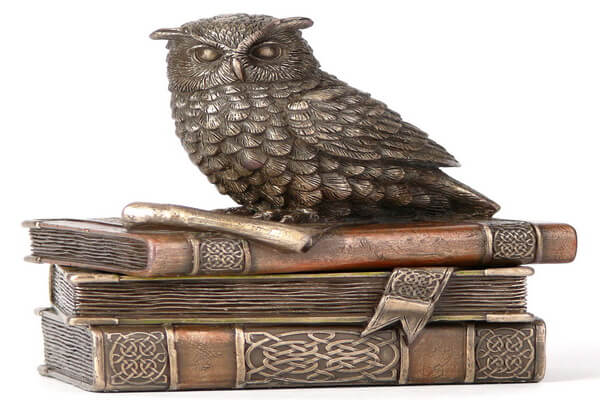 In particular, in ancient Greece, the owl was actually identified with Athena, who was revered as the embodiment of wisdom. According to ancient Greek myth, this bird sat on the shoulder of the goddess and whispered in her ear about what was happening behind her.

Thanks to the clever bird, Athena could judge the true state of affairs and make the right decisions. The inhabitants of Athens highly respected the winged companion of Pallas and even depicted an owl on coins along with the goddess.

The ancient Romans adhered to a similar view, among whom the feathered nocturnal predator was considered the companion of the goddess Diana. It is believed that the most ancient beliefs about the owl as a symbol of wisdom arose from the fact that these birds have huge eyes. In addition, representatives of the owl family have the unique ability to turn their heads 270 degrees, and, therefore, can see more and know more about everything that is happening around them. 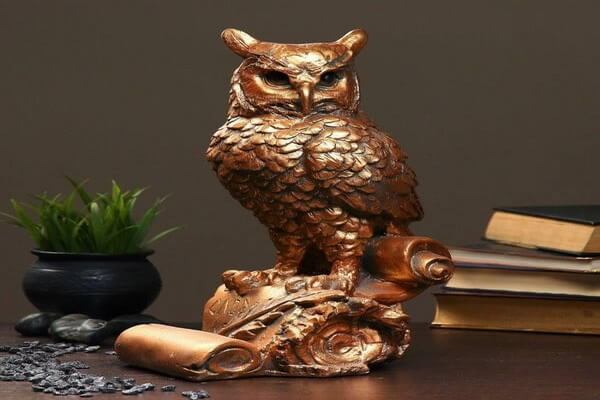 It was these ancient beliefs that contributed to the appearance of the owl symbolism as an image of an erudite. It is no coincidence that the award in the intellectual show “What? Where? When?” a crystal figurine of this bird was chosen.

From here, images of owls, located on a pile of textbooks or with an open book held by wings, became widespread. It is believed that the presence of such a talisman or a similar pattern in a picture in a pupil’s or student’s room will increase the craving for knowledge and make it easier to assimilate.

Mediator on the Border of Worlds and Guide to Spirits

The owl is one of the most famous birds that stay awake at night. The huge eyes of these feathered predators glowing in the night have long been associated with evil spirits.

Therefore, owls were most often considered assistants to witches and sorcerers, as well as intermediaries between the world of the living and the dead. For the same reason, meeting with them among many peoples was considered a bad omen, a symbol of impending troubles and even death. 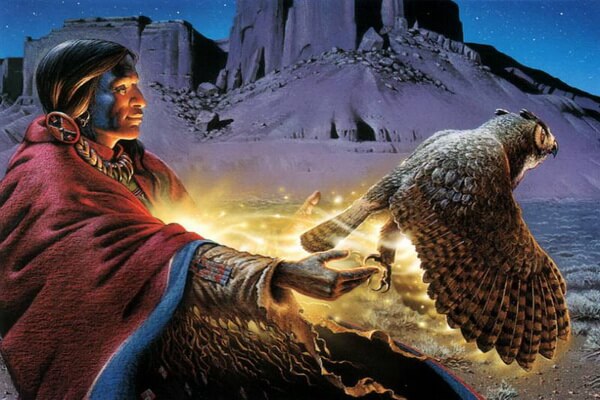 The Celts believed that it was the owl that served as the guide of the dead to the afterlife. The supporters of Hinduism adhere to the same view. The Chinese depicted this bird on burial urns.

Similar views were held by the North American Indians, who believed that in the guise of an owl, a serpent-like spirit bringing death descended to the earth after mortals. Siberian shamans still use owls in their shamanic practices to establish contact with the dead.

Owl as a Symbol of Wealth

This is the most common long-standing Slavic interpretation of what an owl symbolizes. Slavic peoples believed that representatives of owls know where the treasures are hidden, and they regularly guard these treasures. It was from this belief that the symbolism of the bird as the guardian of financial well-being was born.

For the same reason, statuettes of owls are usually placed in the house – to attract money. Also widespread is the tradition of the location of the “owl” amulet where money is kept. In this case, the owl will contribute to the accumulation of funds and help to avoid their irrational waste.

Symbol of Courage and Femininity

The Indians gave a lot of symbolism to the image of an owl. Different tribes had their own interpretations. For example, among the Dakota Indians, the rabbit owl symbolized brave warriors.

Many Native American peoples created a warlike “make-up” with concentric circles under the eyes, going on a night hunt, believing that this way they would be able to successfully hunt. With this in mind, the owl is a symbol of a fearless warrior and hunter.

For a long time, this bird of the night has also been associated with the night star. In turn, the Moon represents the feminine principle, so often the owl also symbolizes femininity and sexual charm. As a talisman to enhance these qualities, women are recommended to wear jewelry with an owl face (brooches, hairpins, pendants).

What Else does the Owl Symbolize?

Excellent vision and hearing of this bird became the basis for the appearance of the interpretation of the owl as a symbol of vigilance and developed intuition. Therefore, “owl” jewelry has become especially popular – as a talisman against deception, illusions, and bad influence. It is also believed that the owners of such a talisman are able to deeper know their essence and come into contact with the secrets of the Universe.

According to feng shui, owl figurines can bring prosperity and financial prosperity to your home. Pictures depicting this bird, which gives the ability to protect against the evil eye, are considered to be no less successful amulet.

Placing three owl figures in one row is considered ideal. Such a talisman will attract good luck to the house and protect its inhabitants from enemies. Oak figurines of an owl are considered a talisman against all kinds of diseases.

What Does the Snowy Owl Symbolize? 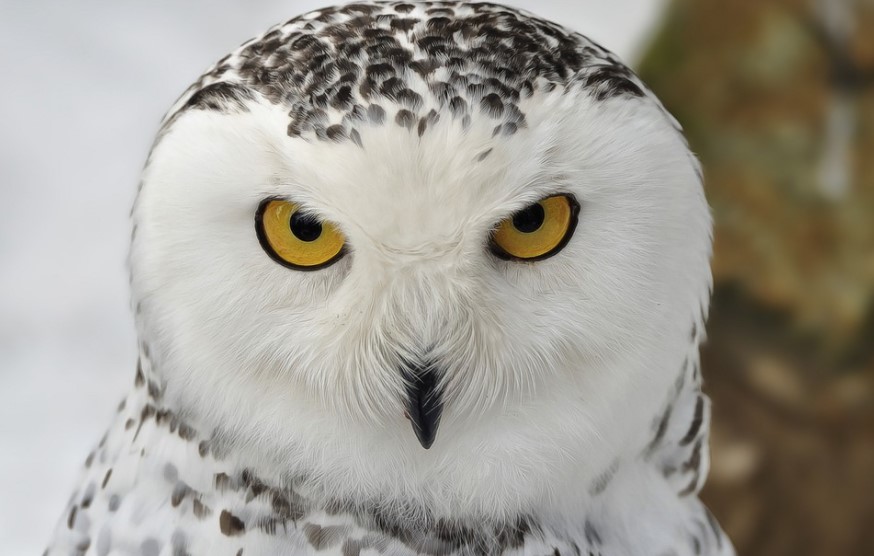 Speaking about the symbolism of the nocturnal predator, the white owl, which is characterized by a daytime lifestyle, is distinguished separately. Figures and paintings with her face usually serve as a symbol of family well-being and prosperity.

In nature, the snowy owl lives in not the most favorable conditions, but at the same time carefully takes care of its offspring. Therefore, figures with her are placed in the house, where they are most often gathered by the whole family – in the kitchen or in the living room. Such a talisman contributes to family harmony and mutual understanding of all family members.

Also, figurines or images of a soaring polar owl symbolize career success. It is recommended to place them on the desktop.