A Scottish boy named Fraser Booth was born not quite full-fledged. At the age of one and a half, doctors diagnosed him with autism.

Not only did Fraser lag behind in development, but he was also withdrawn and often capricious, driving his mother to insanity. And then the woman decided to take a cat to the shelter. She hoped that the animal could somehow influence the behavior of her son. And she was right. Since then, the boy and the cat Billy have been inseparable. 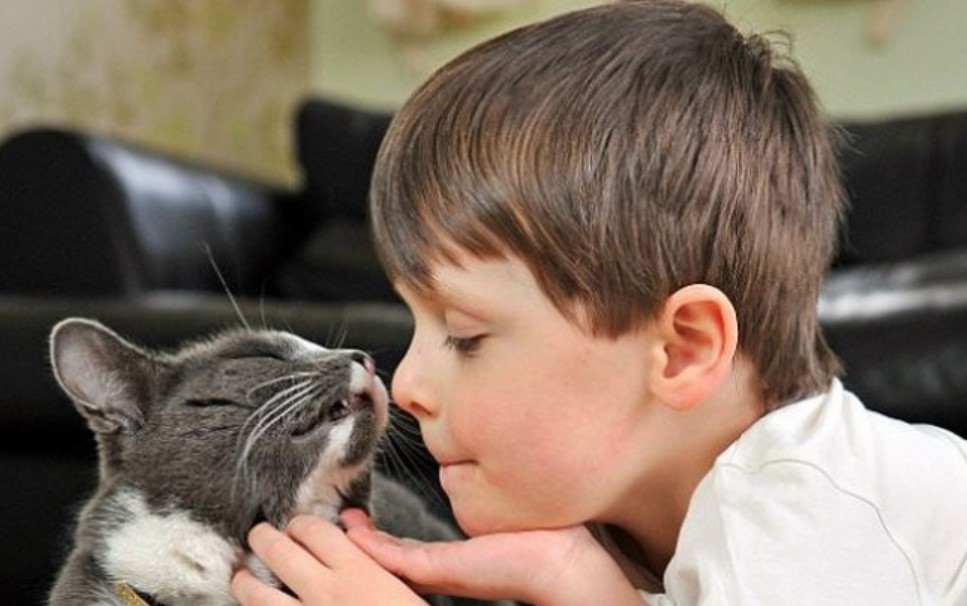 Doctors note that Fraser’s condition is constantly improving. They say that the boy will be able to grow up normal, will communicate with peers. The cat, in turn, is simply trying to help the baby when he feels bad. He purrs loudly and touches him with a soft paw.

The mother claims that the cat behaves like a real nanny who never loses sight of the child. Wherever Fraser goes, whatever he does, Billy is always nearby, dozing and watching. The always calm cat is ready to come to the rescue at any time.

Fraser’s mother completely relied on Billy, and she herself spends most of the time with her one-and-a-half-year-old daughter. Thanks to communication with the cat, the disease recedes. Fraser began talking and drawing meaningfully. However, sometimes tantrums occur when the task is overwhelming. And then Billy turns into a psychotherapist. 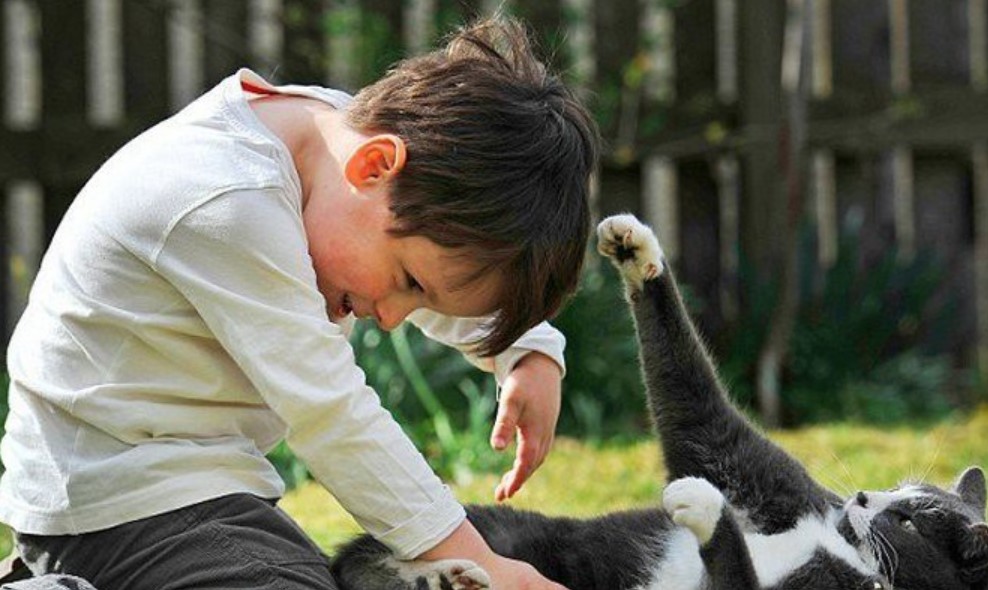 He quickly soothes Fraser, who has burst into tears over the TV cartoon, humming and caressing. Thanks to this behavior of the cat, the boy became calmer and more open. He is no longer hysterical about many of the things that used to be very depressing.