Catfish Corydoras is deservedly included in the top 10 most popular aquarium fish. At the moment, about 200 species of Corydoras are known, but descriptions of species unknown to science appear with enviable regularity, which is still being numbered with the Latin letter “C”. 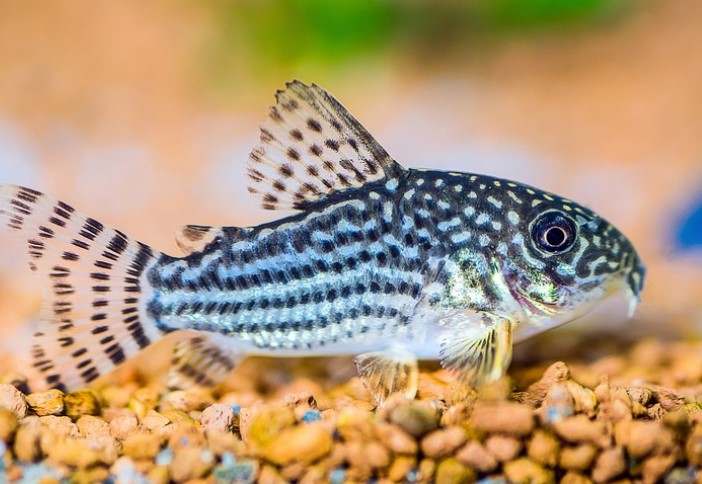 The genus name comes from two Greek words “Corys” and “Doras”. The first word stands for “helmet” and the second for “armor”. Corydoras do indeed have a kind of armor – several rows of overlapping bone plates run all over the body, allowing the catfish to defend themselves from predators.

The fish are extremely peaceful, have interesting behavior, and very well clean the bottom of the aquarium from food residues, for which Corydoras have received the love and recognition of millions of aquarists. 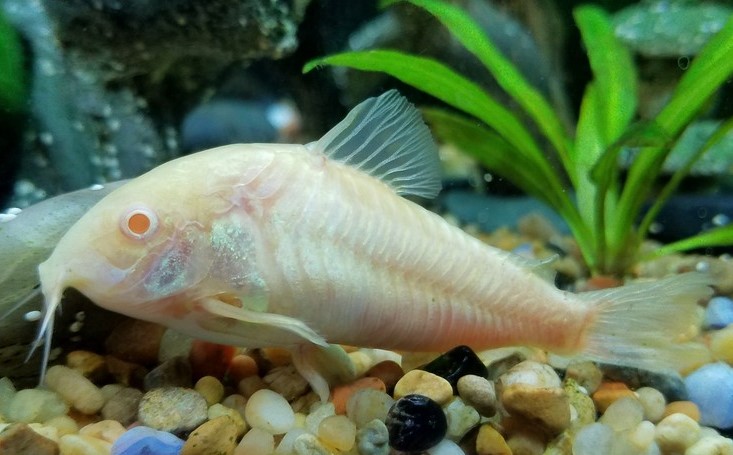 Corydoras Catfish are very similar to each other and in most cases differ only in color. The body of the fish is short, the tummy is rounded, the back is convex. Several rows of bone plates stretch along the back, creating a kind of shell in the fish. This is reflected in the name of the family to which the Corydoras belong – Callichthyidae.

The mouth of the fish is lower, perfectly adapted for eating food from the bottom of the aquarium. A characteristic feature of Corydoras is three pairs of antennae located near the mouth opening: two pairs above the upper jaw, one pair (faintly visible) on the lower one. They serve several important functions. Firstly, with their help, catfish rummage in soft ground in search of food. Secondly, they serve as the organ of touch and allow the Corydoras to navigate through muddy waters. The pectoral fins also serve as a protective organ thanks to the extremely sharp rays, so when transplanting from one aquarium to another, precautions must be taken to avoid injury.

Corydoras coloration is extremely varied and depends on the specific species. The main color can be either uniform or include spots or stripes throughout the body or in its individual parts. You can also find albino forms – with a completely white body and red eyes. 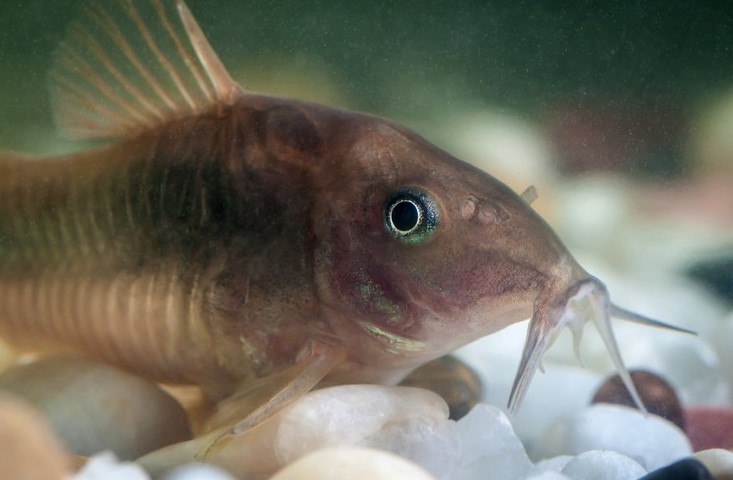 Corydoras Catfish naturally inhabit the rivers of Central and South America. Fish are found in the basins of the Amazon, Paraguay, Orinoco rivers flowing through the largest countries of the continent. Catfish prefer silted, slow-flowing, and stagnant waters. In nature, they usually hide in the dense vegetation of reservoirs, spend time constantly searching for food in the ground. 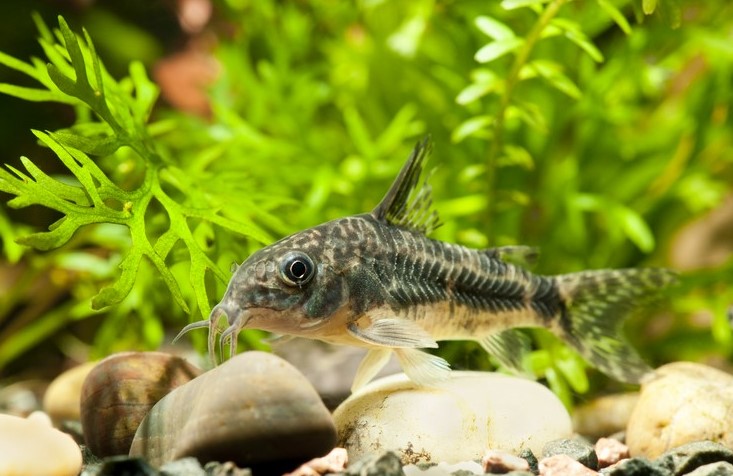 The most common in the aquarium culture Corydoras. The body is colored olive-gray with a lot of dark spots. The abdomen has a slight pinkish-gold tint. The eyes are large and mobile. The dorsal fin is high. Males grow up to 4-6 cm, females are larger – up to 7 cm. There are veil and albino forms. With good care, they can live in an aquarium for up to 8-10 years. 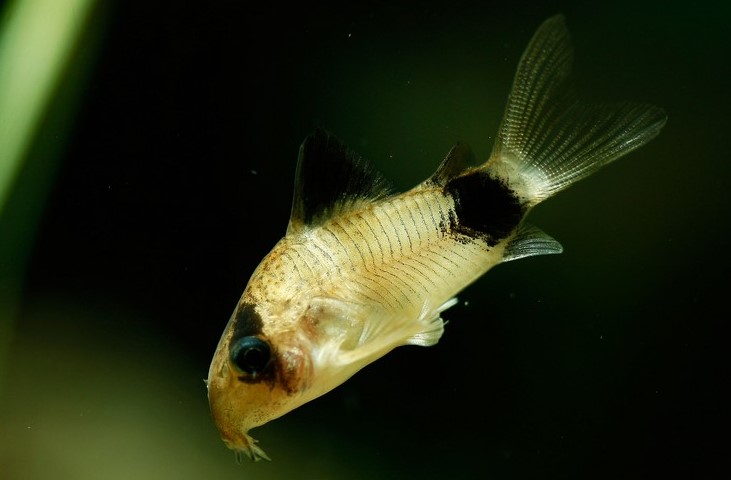 The catfish got its name for its resemblance to a bamboo bear – a panda. Somik has a light or pinkish main body color. Corydoras has three black spots: one extends through the eyes (like the giant panda), the second is located on the dorsal fin, and the third is near the tail. The rest of the fins are transparent. Males are smaller than females. The maximum size in an aquarium is 5-6 cm. 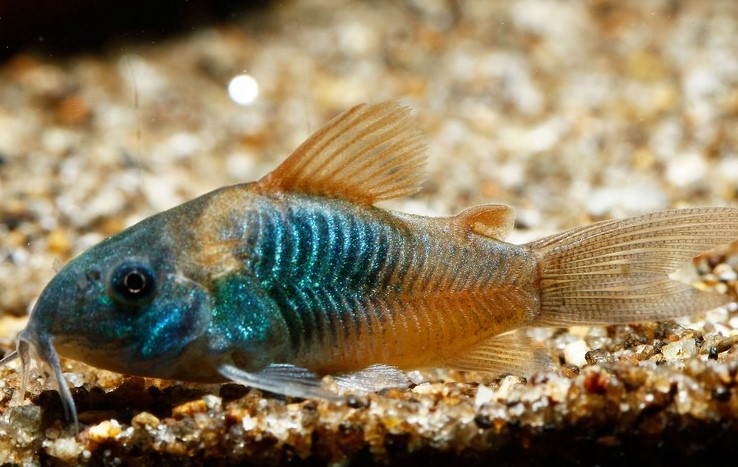 There are two color variations of this look – orange and black. The color of the fish is very interesting. The main body color of the “orange” form is rusty-orange. A large black (green) spot with a characteristic turquoise tint is located under the dorsal fin on both sides. There is a bright red spot on the head. The species is not large, the average size is about 5 cm.

The “black” form has a chocolate-colored body, sometimes almost black, the belly is light gray, and the fins are red-brown. They can grow up to 7.5 cm. 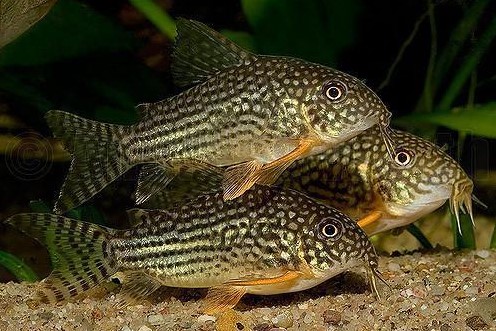 It lives in slow-flowing water bodies in Brazil and Bolivia. The body is rounded and slightly elongated, tapering towards the tail. The abdominal line is practically flat. The body color is dark brown, sometimes it can be deep black. Bright light spots are scattered all over the body, forming a pearl pattern, which turns into stripes behind the gills. The pelvic and pectoral fins are bright orange or yellow, sometimes with a reddish tint in adult fish. The dorsal and anal fins are transparent with dark spots. The caudal fin has several vertical stripes. In the aquarium, Corydoras sterbai grows up to 6-7 cm. There is an albino form. 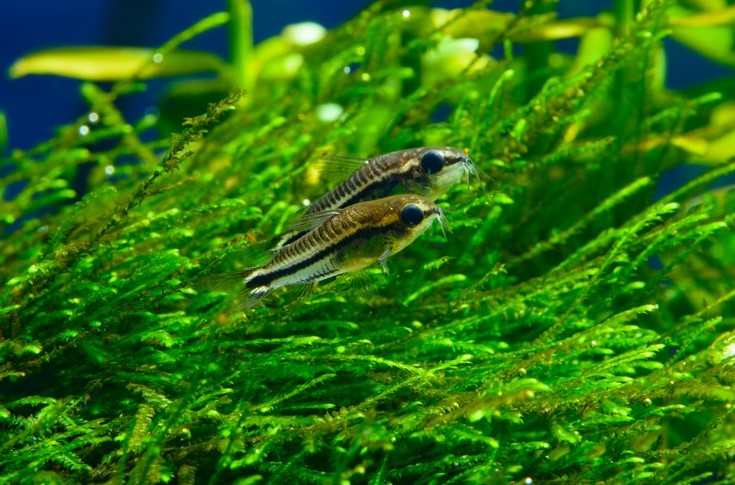 One of the smallest members of the genus, therefore perfect for nano aquariums. The natural range of Corydoras includes tributaries of the Madeira River (Brazil). The body shape is elongated, the sides are covered with two rows of bone plates. The pelvic and pectoral fins are well developed; the latter has a spiny ray. The tail is two-lobed, there is an adipose fin. The jaws have several pairs of antennae. The general body color is gray-green. A black stripe stretches along the entire body from the eyes to the tail, which ends in a dark spot. Above and below the black stripes are two white ones. The fins are not colored. The maximum size of a male is 2.5 cm, of a female – up to 3 cm. 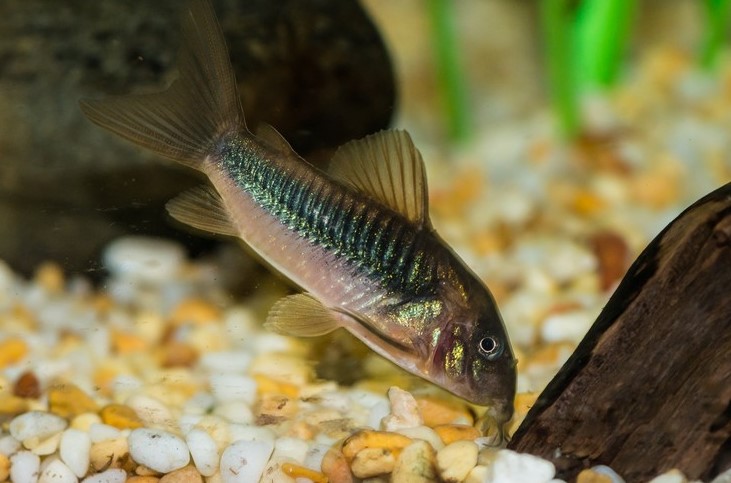 A beautiful representative of the genus, which can often be found in amateur aquariums. It is called the Bronze Cory. Corydoras received this name for its characteristic bronze body coloration. The transparent fins are yellow in color. There is an albino form. The maximum size of Corydoras aeneus in an aquarium is 7 cm (females), males are slightly smaller. They prefer to live in a flock, the water is desirable soft, and neutral. 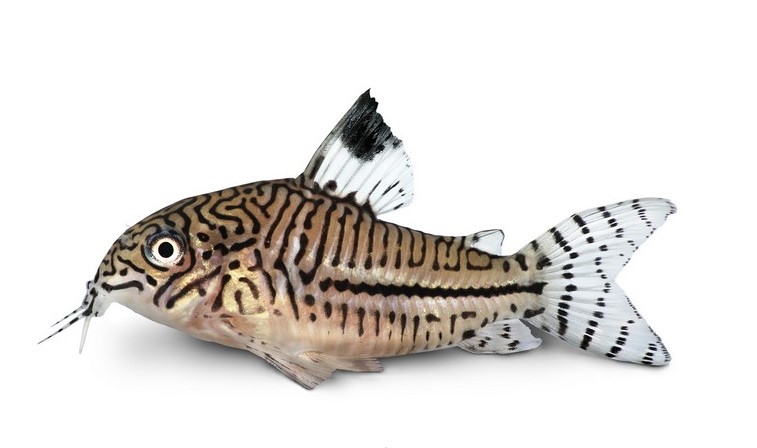 In nature, this species lives in the lower reaches of the Amazon. A very colorful representative of Corydoras. The main body color is cream or grayish. Small black specks are scattered all over the scales. A dark stripe stretches from the gill slits to the end of the tail, the pectoral and pelvic fins are transparent, the dorsal fins have a black spot. The presence of this spot and dark stripe is a specific feature. The size of the aquarium is no more than 5 cm. 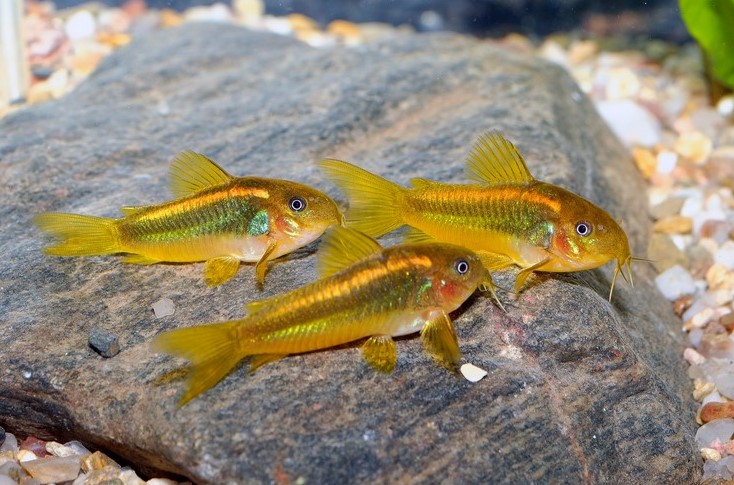 Corydoras are schooling fish, so it is best to have a school of 4-6 individuals in the aquarium. The minimum aquarium volume for a couple of fish is 30 liters. Much attention should be paid to the ground. It should not contain sharp edges, as the fish can damage their sensitive antennae. When choosing the size of the soil, it is better to focus on large sandy or small pebble. Corydoras are very fond of swimming in the ground, and if it is very large, then the catfish will feel uncomfortable. In addition, fish food often falls into the space between the stones, which Corydoras cannot reach, and the accumulation of organic matter can lead to a number of problems in the aquarium.

Despite the fact that in nature Corydoras Catfish are able to live in very turbid water, orienting themselves with the antennae near the mouth opening, it is better to create good filtration and aeration in the aquarium. In case of a lack of oxygen, the fish will very often rise to the surface of the water and swallow a portion of the air.

Corydoras Catfish are crepuscular inhabitants. Their activity begins in the dark. Therefore, it is necessary to create diffused lighting in the aquarium and install shelters in which the Corydoras will rest during the day, for example, artificial grottoes or natural driftwood.

Corydoras are considered to be one of the hardiest fish that can adapt to almost any conditions. The temperature for them can vary from 22-25 ° С. It is better not to heat the water above this temperature, the catfish will be uncomfortable. Water is preferably soft, similar to natural conditions, but Corydoras do well in very hard water. Likewise with the pH. It is not recommended to allow sharp jumps in water parameters, the more stable the environment, the better.

Corydoras Catfish love dense thickets of living plants, in which they can hide from enemies or wait out the daylight hours. You can plant any species you like, the fish will not harm them. 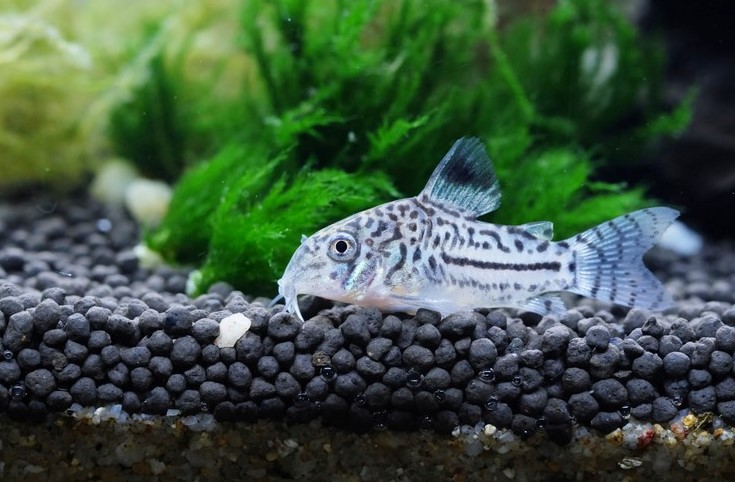 Corydoras Catfish are picky about their food. But it is important to remember that good quality nutrition is the key to the health and longevity of fish.