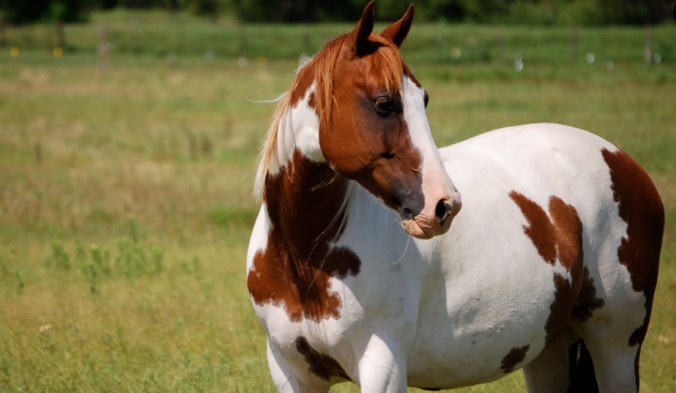 The ancestors of the American Paint Horse were Spanish stallions brought to America in 1493 during Columbus’ second expedition. These Thoroughbreds and Quarter Horses were eventually crossbred resulting in a new breed, the American Paint Horse. They were originally distributed among Native Americans who believed them to be magical, possessing special powers and gifts. They used them in agricultural work. Later, they won the favor with cowboys as fast horses. Ordinary people came to love the breed for its beautiful appearance and good workability. 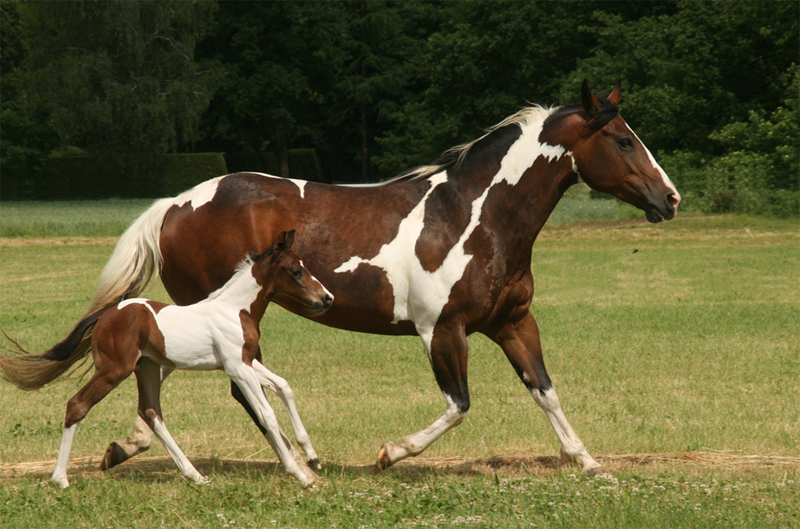 The European population in America began using this horse in the mid-20th century, and the American Paint Horse Association was founded in the early 1960s to study, preserve, and expand the range of the species. Getting into the studbook is quite difficult. It is necessary to have certain distinctive external points, as well as one parent previously registered by the association. Such precautions are due to the presence of a large number of crossbreeds. The breed is still being improved and crossbred today, and this does not contribute to the preservation of the purebred species.

The horse is moderately muscular, not large, beautiful, purchased not only for working in agriculture but also exhibitions and horseback riding. The head is relatively small with a wide forehead. The eyes are blue and expressive. The croup is rounded, well developed. The hind limbs are stronger and more powerful.

The peculiarity of the breed is its coat color. The color can be either Overo or Tobiano. The horse must have light spots or coat in combination with another, darker color. 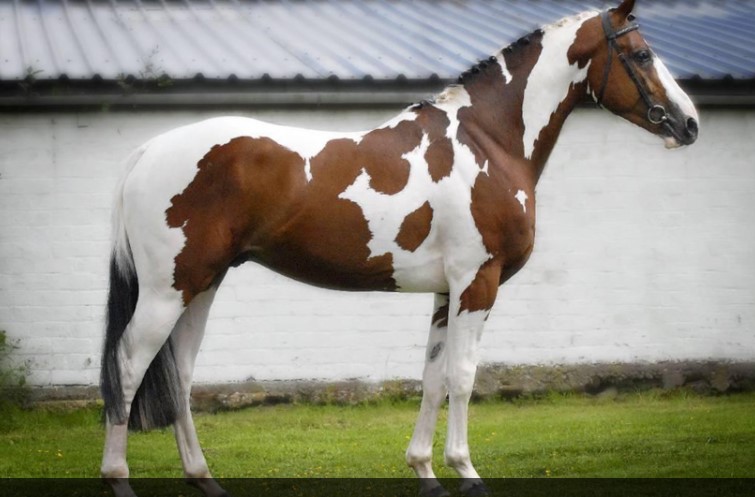 Overo has a predominantly light or dark coloration. There are spots of unnatural shape along the body, more often on the abdomen and head, less often on the back. The legs are more often painted in dark color. There may be bald spots.

The Tobiano’s legs are white, and the body (neck, chest) has correctly shaped spots. The head is usually whole-colored, can be with the blaze, bald spot, or protuberance. The body sides are usually dark, very rarely with white spots. The tail must necessarily be bicolor.

Tovero is a type combining Overo and Tobiano. It was introduced because there were often crossbreeds of these horses, and it was decided to introduce another type of color for the simplicity of their classification. The most common are raven, bay, and chestnut coat colors 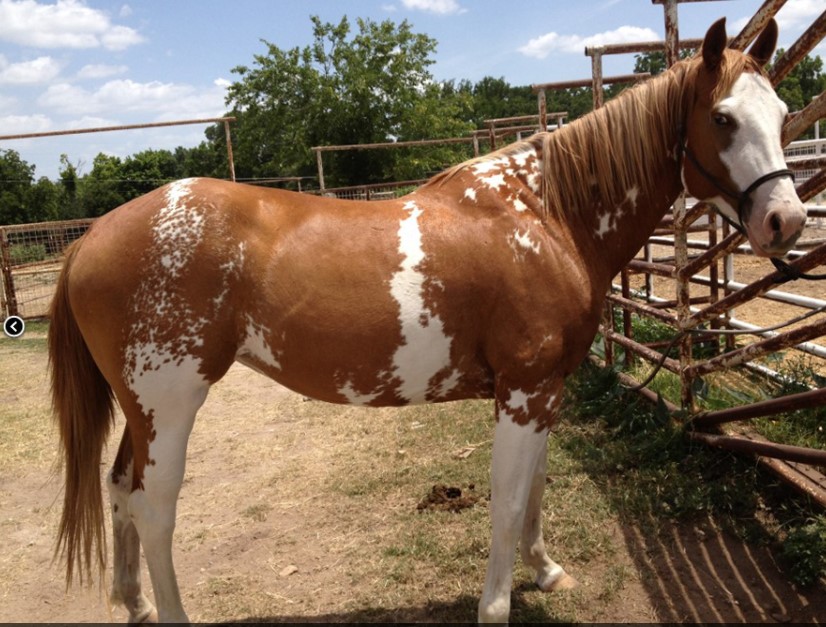 The American Paint Horse has a good temperament, it is calm, and not nervous, smart enough, and easy to train. The horse quickly develops its speed due to the peculiarities of its body. It is often used for teaching riding due to its simple character. The animal does not fling and does not throw the rider if he does not behave correctly; it just patiently waits until the rider sits down and begins to give certain commands. Even if the command is not correct, it will not panic but will wait until the correct command is uttered and only then will perform it. In general, it is one of the most patient and calm horses. 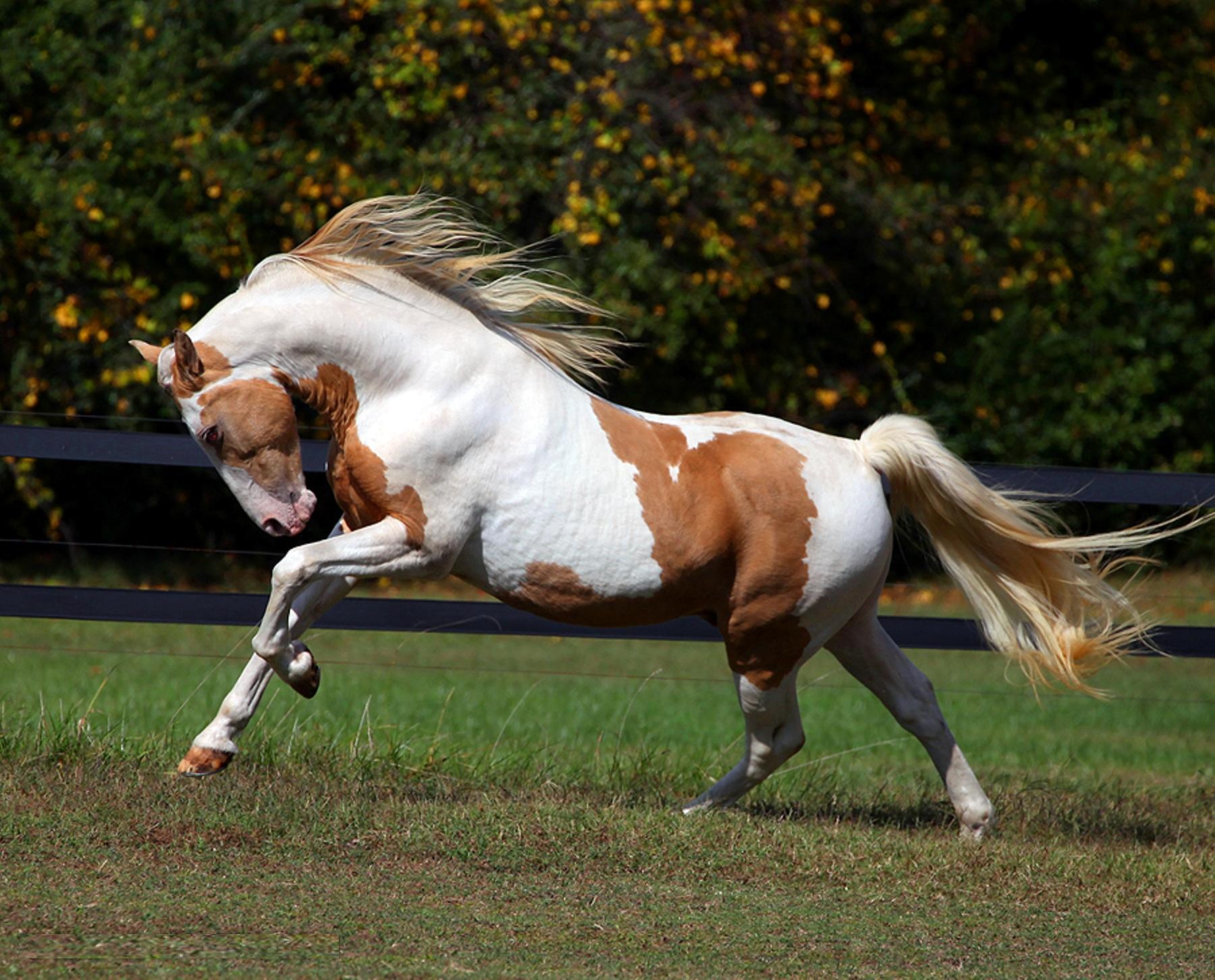 Today, the American Paint Horse is popular in a variety of areas: farm work, exhibitions, rodeos, horse racing, as well as riding.

The American Paint Horse requires good care and proper feeding. The ratio should be chosen according to the standards for such horses. It is better to choose meadow and steppe hay, but in case of shortage, also cereal hay can be given. It should be given without supplements, in pure form. In addition, fresh grass and root vegetables must be included in the ratio. Barley, oats, rye, peas, corn, millet, lentils, and beans can be given depending on what is found in those or other places and what vitamins and micronutrients are needed at certain times.

A very good supplement is wheat bran in a moistened form, they are an excellent stomach cleanser. Carrots, beets, pumpkins, potatoes, turnips, rutabagas are also needed. They are usually grated and given about 3 kg per 100 kg of live weight per day. 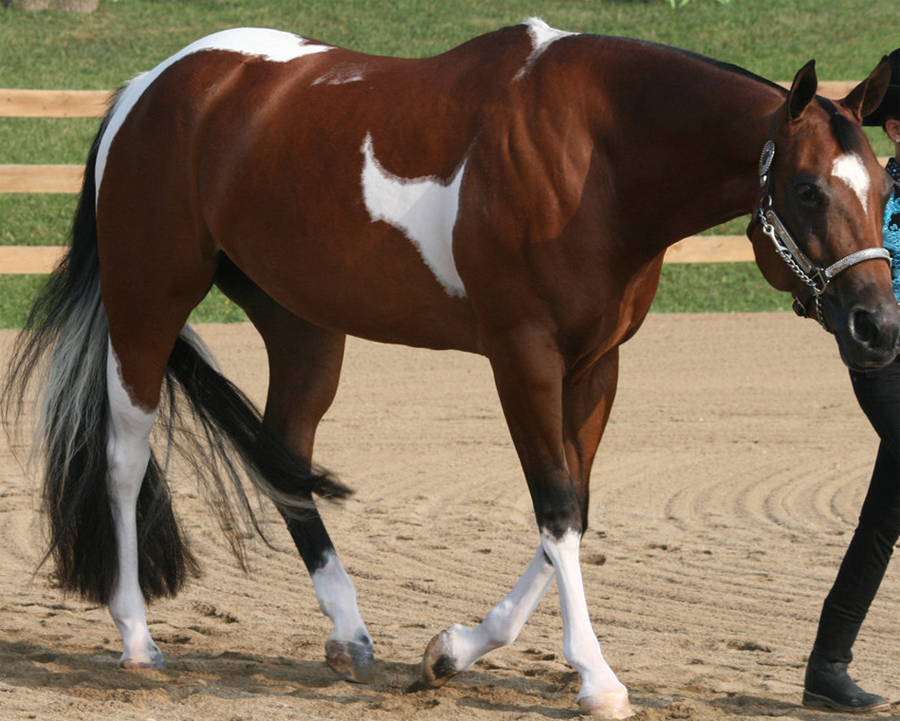 The stall for this breed must also be the right one. It is usually a large enough room with a good roof and walls so there are no drafts. The room for each horse needs to be separate, free enough to turn around and sleep. Clean bedding, as well as freshwater, should always be available, and feed should be given on time, preferably at the same time, observing a certain ratio.

The American Paint Horse has good health and rarely gets sick if it is kept in the right conditions. It is important to remember to bathe it and brush it. Frequent examinations of the teeth, eyes, legs, and hooves are mandatory, especially if the horse is used for some kind of work all the time. There is one significant breeding disadvantage of the breed, and that is the high mortality rate of white foals of Overo. The bloodline with the Quarter Horse passed on several diseases peculiar to them: skin aplasia and intermittent paralysis. 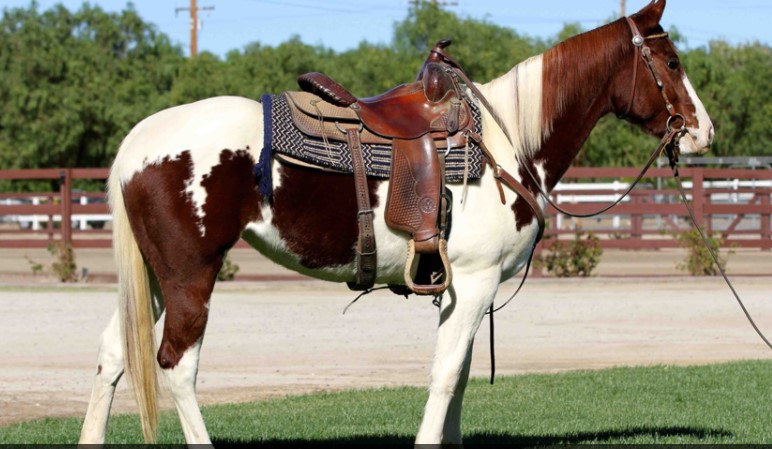