Tourists vacationing in Brazil had to fight for the right to swim in the pool with a crocodile caiman, which made its way into the hotel in the early morning.
A crocodile is stuck in the pool of a hotel located in the city of Pantanal, Brazil. Local residents came to help the vacationers who attempted to pull the reptile by the tail. 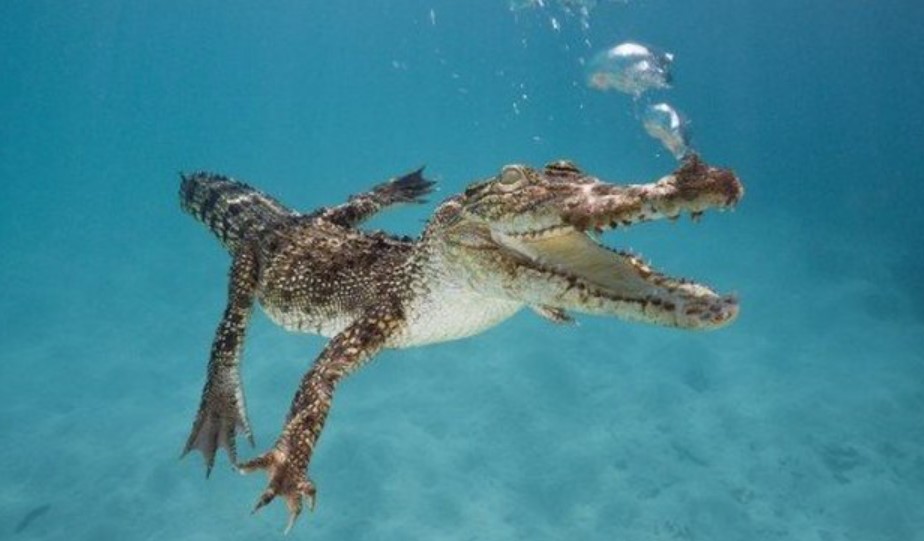 Wildlife enthusiast, tour guide, and photographer Paul Goldstein, who also rushed to help the unfortunate animal, almost became his lunch when the alligator’s jaws clicked just a few centimeters from his leg.

“One of the members of the tourist group warned me after breakfast that an adult caiman had settled in the courtyard of our hotel, at the bottom of the pool,” Paul Goldstein told the British tabloid Mail Online. 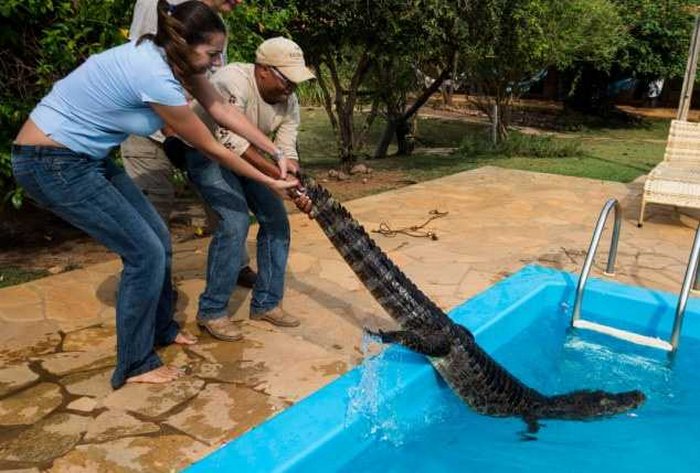 The reptile, according to the photographer, could not get out of the pool on its own. Knowing that chlorinated water is harmful to the animal, local guides Juan Mendez and Ingrid Giran did their best to help the crocodile and free him from captivity.

“It turned out to be very difficult and very dangerous. The bite of this three-meter caiman can cause serious injuries,” says Paul. 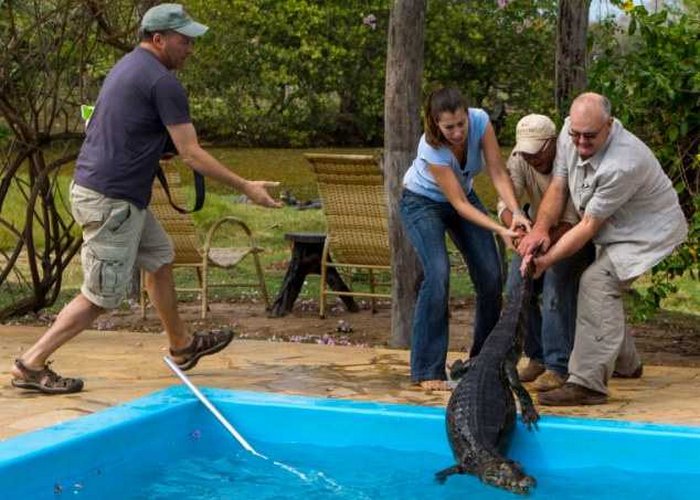 The animal turned out to be quite heavy and resisted in every possible way, so as soon as Paul realized that his friends were not coping, he rushed to their aid, hoping that the crocodile would not break out of their hands.

“However, about how close the crocodile’s jaws were to my leg, I realized only after looking at the photographs. When I looked at them, I became scared. Only a few centimeters and he would have sunk his teeth into my leg”, – says the photographer. 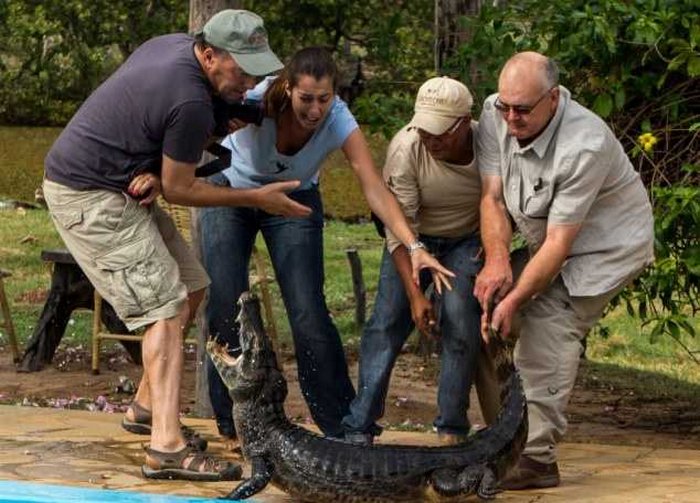 In the end, the animal was pulled out and transported to its habitat.

Caimans belong to the alligator family and are very similar to their cousins. Their main difference is the presence of a bony abdominal shell. Caimans live in Central and South America. They are usually smaller than alligators and rarely grow more than two meters in length.