Why does a Dalmatian have spots? The question is common, but the answer is simple. Because someone once decided to breed a new breed with spots, putting a lot of effort into this and achieving successful results. The Dalmatian is the only truly spotted breed.

Puppies are born with white hair, but the characteristic spots of the breed begin to appear 7-10 days after birth. Despite the fact that the coat has a uniform white color, there are already dark spots on the skin of babies, which will also appear in the coat color, after the first hairs have fallen out.

By the age of two months, they become fully visible, acquire a darker color. The spots grow with the puppy, some of them merge together. But their number is not determined by the puppy’s thoroughbreds. But some unscrupulous breeders, in pursuit of the goal of the profitable sale of the baby, assure inexperienced dog breeders that the more spots, the more thoroughbred the dog. It is possible to judge what the color of an adult dog will be only at the age of 3.5 months.

The spots are round, well defined, and well pigmented. Moreover, in the ring, preference is given to dogs with separate spots, and not merged. Compared to the body, they are smaller on the head, legs, and tail. 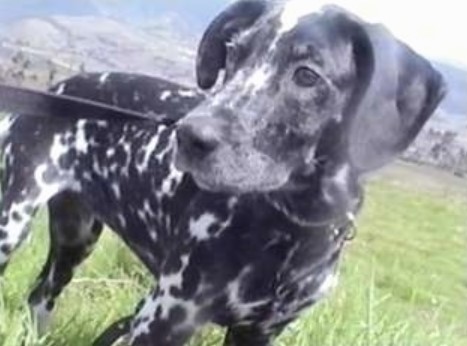 Dalmatian spots are not always black. Dogs with brown spots are less common since a recessive gene is responsible for the brown color. Only dogs with white-black and white-brown colors are allowed to the exhibitions. However, sometimes representatives of a breed of a different color are born, for example, lemon, gray (blue), and even brindle. 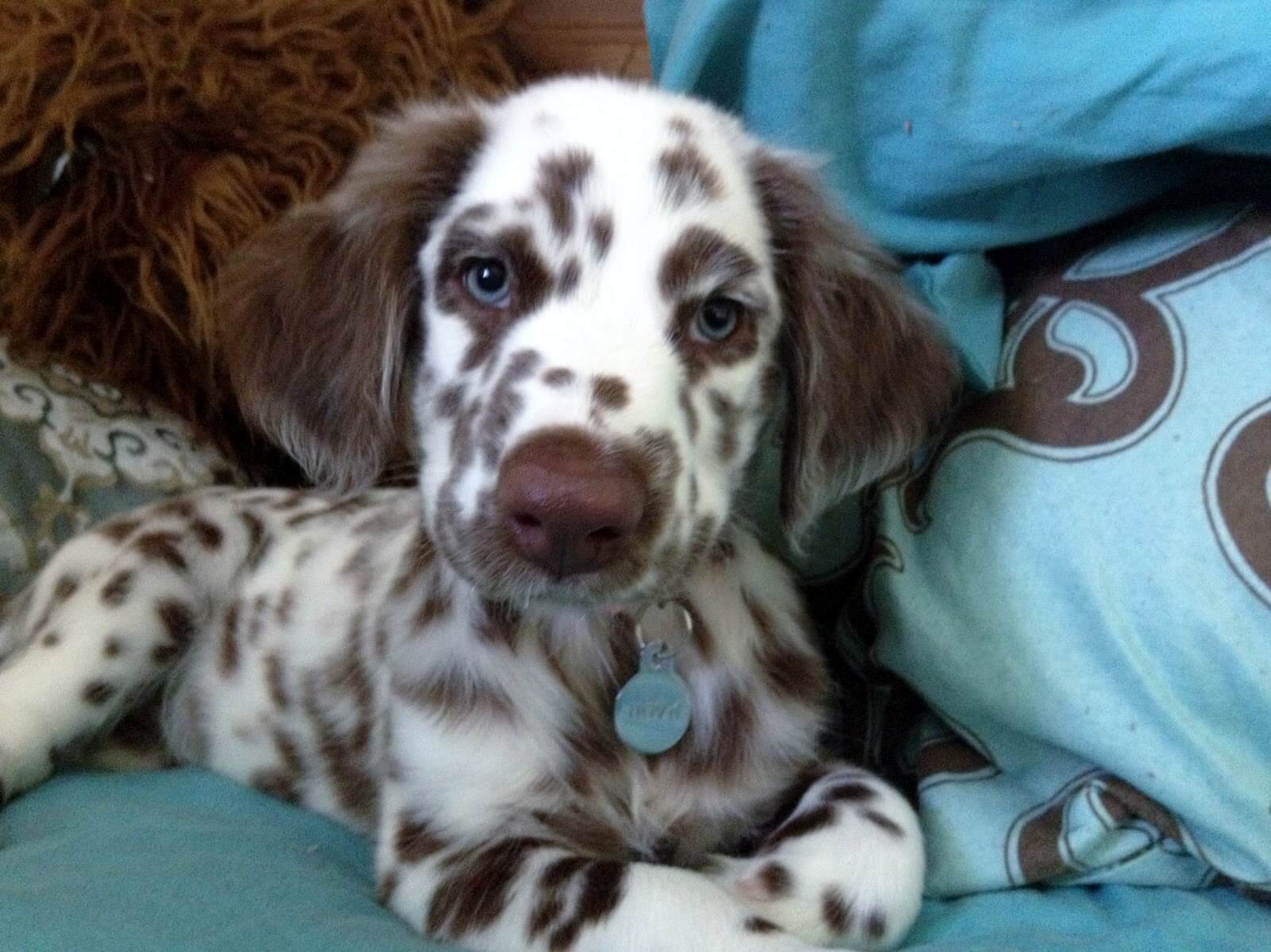 The color of the brown spots can range from light brown to rich chocolate. Sometimes dark brown spots can be mistaken for black ones, but upon closer examination, it is easy to notice the difference, especially when you consider that the pigmentation of the nose and eye rims in white-brown Dalmatians is always liver-colored. 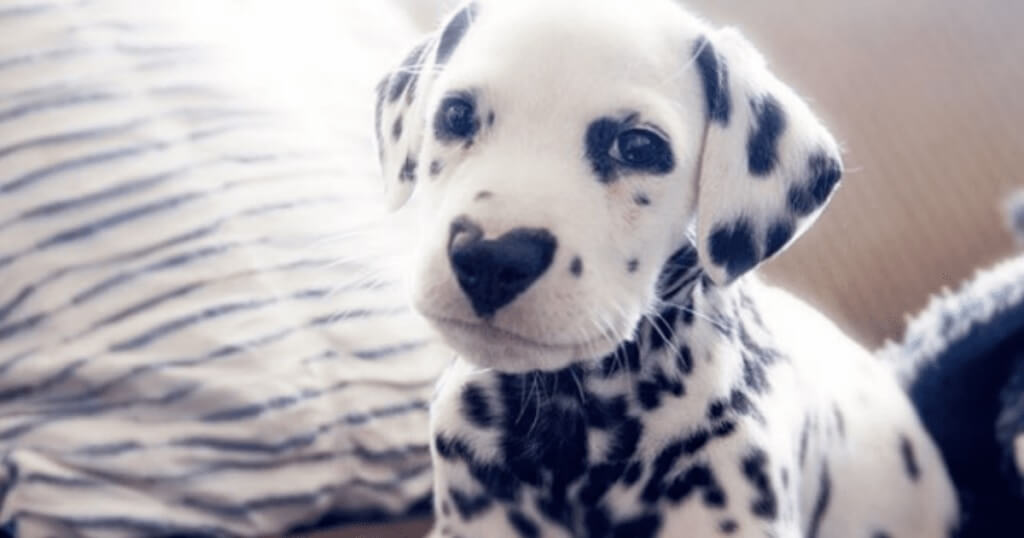 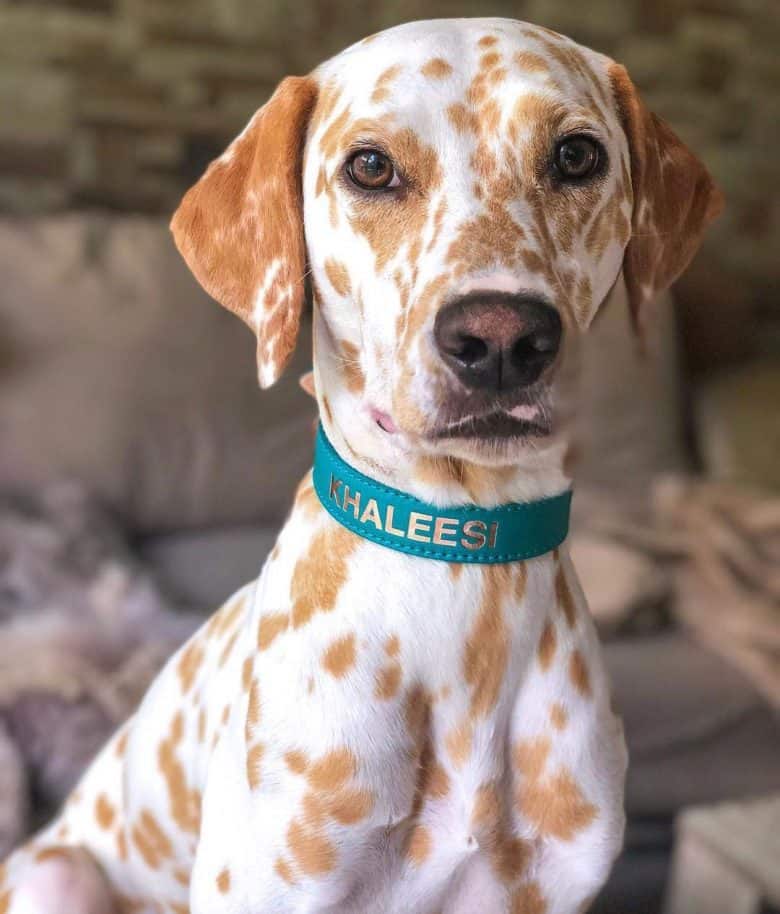 Animals with a lemon (peach) color appear due to a gene that prohibits the appearance of black and brown. The pigmentation of the nose is usually black or brown. When buying a brown puppy, you should carefully evaluate the color of light brown spots, since unscrupulous breeders can give out puppies with a non-standard color as purebred. 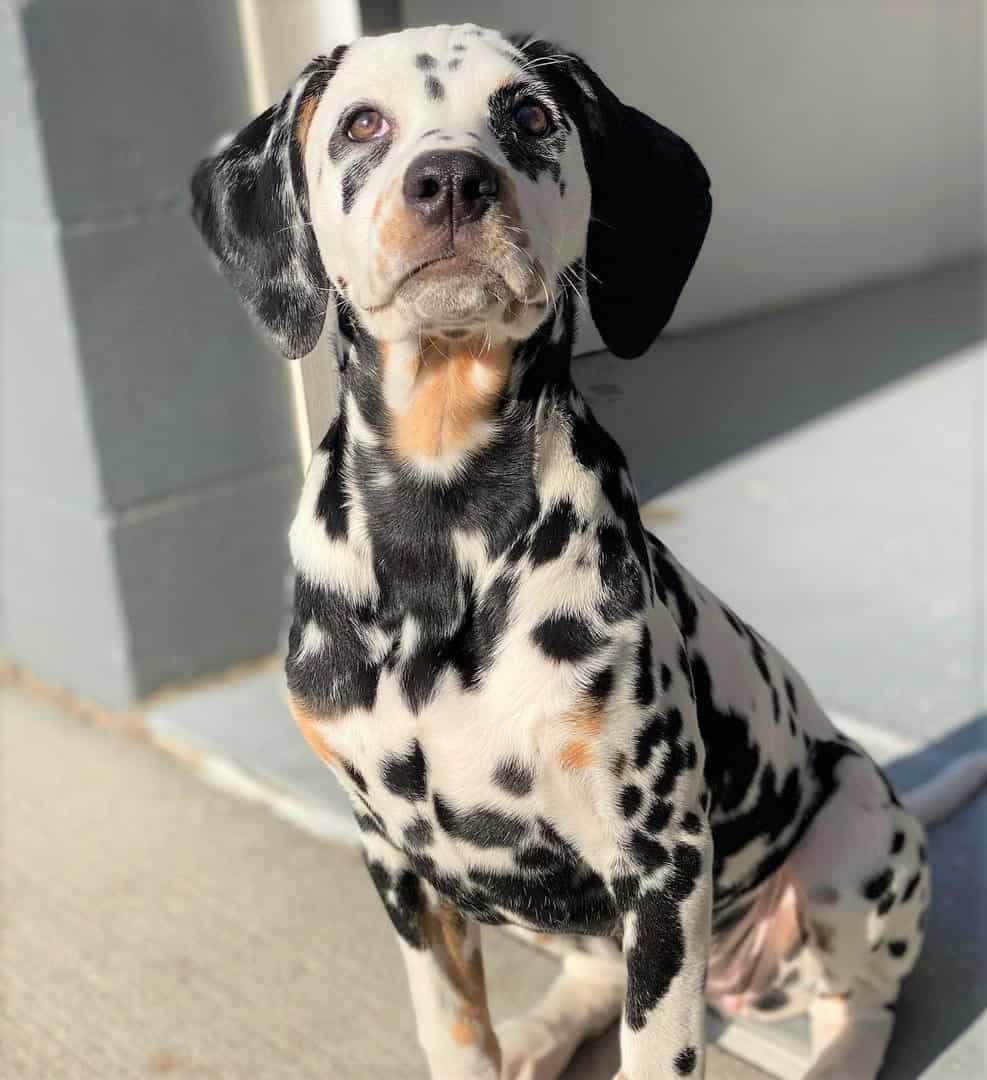 Tricolor dogs are rare. The color is characterized by the presence of spots of black or brown with tan (tan) in those places that are characteristic of the Doberman breed (legs, chest). A tricolor dog is a carrier of the tricolor gene. You can notice the manifestation of tricolor only at an older age. At the time of the puppy’s sale (1.5-2 months), tricolor does not always appear. The third color is always red, so you should not confuse it with the lightening of specks on the head of individuals with a brown color. 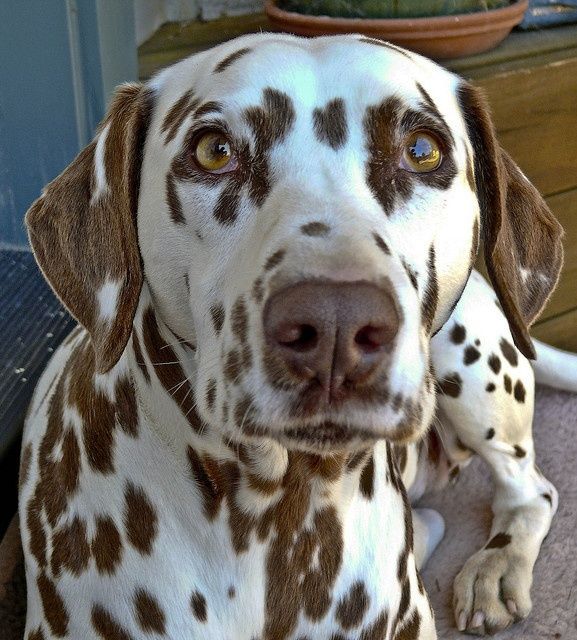 The brindle color is rare. Dark spots with stripes, such as reddish-brown or reddish-black. Such animals cannot participate in exhibitions and breeding.

The color is passed on from the parents, therefore, when mating dogs, it is important to take into account the size and number of spots in the bitch and male. So, for example, if one of the parents has them large or too many merged, then there is a high probability of a puppy with the same feature. But even from parents that are ideal in color, a puppy can be born with small or large spots inherited from grandparents.

Puppies that have dark spots at birth are considered breeding marriages. They are usually larger than normal, and their shapes are varied. They can be present on any part of the body, but most often they are located on the head, ears, legs, belly, and tail. One or more puppies with this defect may be born in a litter. Such dogs become companions, the show career does not shine for them. Offspring from parents with congenital spots is not recorded. 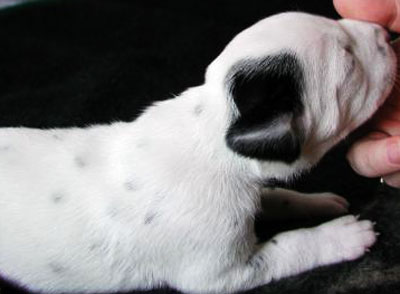 There is such a concept of “hoarfrost” when the spots in a Dalmatian are covered with separate white hairs. It is incorrect to apply such a concept to puppies since their color is still being formed, and naturally the tips of the white hairs will superimpose on specks, the size and shape of which is distinguishable.

It is quite another matter when a mature dog has gray hair on the spot. Here, due to age, changes in color occur. In older individuals, gray hair appears most often on the muzzle and ears.

If “frost” is really present in puppies, then it will not disappear with age. The “hoarfrost” is either there or not.