Whether as a cartoon, a novel, or a feature film – no one can ignore the cute little dogs from the film “101 Dalmatians”. But what are the names of the black-dotted protagonists in the story? We have listed the names of the dogs for you. 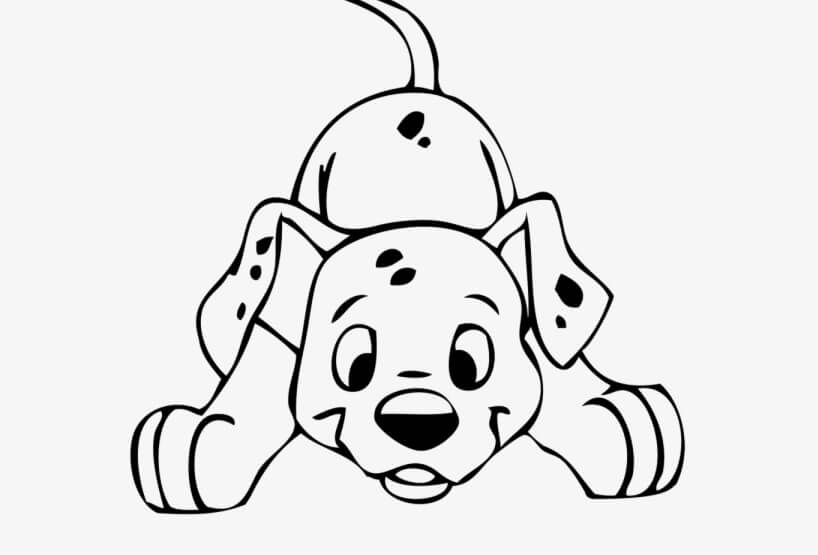 They are among the most famous four-legged friends in film history: The experiences of the “101 Dalmatians” were first published as a novel by Dodie Smith, then brought to the big screen by Walt Disney. Since then, millions of people have followed the dogs’ adventures in cartoons and films, as well as in comics and series. Although the story stays the same, the names of the puppies change.

The great hype about the small dogs has not only made the breed itself popular, but also the names of the cute Dalmatians. You can read below what the most famous of the four-legged friends are called and what distinguishes them.

The best-known and most popular film adaptation is the cartoon from Disney from 1961 (in the original: 101 Dalmatians). It lists the names of six puppies and the two-parent animals:

This playful boy dog ​​likes to make himself comfortable on his father’s head. His name refers to the tiny dots (freckles) on his face.

This puppy only barely survived its own birth in the original film and was therefore christened Lucky. He also has a horseshoe-shaped stain on his back – a lucky charm, so to speak.

Patch is the most determined and daring of the Dalmatian puppies and gets its name from a patch around his right eye.

Penny is a loving, cute dog girl who admires her papa Pongo very much and always sits at his feet.

Pepper is a cute puppy with the smallest black dots of all. To date, it is not clear whether Pepper is a female or a male.

While the name of the Dalmatian father Pongo always remains the same, the name of the mother changes. In the original book, the dog mom is called Missis. When the animal couple goes in search of their offspring, the dog Perdita (also Perdi) joins them. However, the characters of Perdita and Missis are always represented as a single figure in the following adaptations.

Perdita is very elegant and well-mannered and cares for her children. In rescuing her pups, she proves her fiery side.

Pongo is the playful, relaxed, and funny father of the 10 Dalamtiner puppies. Still, he is an attentive and responsible dog daddy and later uses his nimble mind to save his children from Cruella de Vil.

The friendly Rolly is practically always hungry – that’s what he looks like: In the cartoon, he is depicted as a puggy, round puppy.

A little less known than the original version from Disney is the live-action film adaptation with actors from 1996. In it, the puppies have the following names:

The huge popularity of the 101 Dalmatians universe kept people going even after the two films were released. In modern series adaptations and fan articles, more and more names of the puppies are mentioned. If you haven’t found a name for your pup yet, you might find the right one in this list: