The Dogo Argentino is undoubtedly a versatile service dog. It was originally bred as a big game hunter such as cougar. Athletic dogs can not only chase prey for a long time but are also ready to fight on their own. Small or medium prey, usually killed before the arrival of the hunter.

Proper training can make the dog an excellent guard. In some countries, these dogs work for the police and customs. In addition, they are suitable for the role of rescuers. Recently, Dogo Argentinos are increasingly being trained to be guides or assistants for people with disabilities. If none of these qualities interests the owner, the dog will simply become a faithful friend and companion. Another name for the breed is the Argentine Mastiff.

This breed owes its appearance to the efforts of just one person, namely Dr. Anthony Norez Martinez, who bred the Dogo Argentino at the beginning of the 20th century. At the end of the 19th century, dogfighting was popular in Argentina. Among the favorites of this cruel entertainment stood out the white dog of Cordoba – a descendant of Mastiffs and Bulldogs.

Martinez became interested in this brave and strong dog, but he was not a fan of fighting, he was a hunter. And you need to imagine what hunting in Argentina means, in a country of endless expanses, where hunting experience often borders on danger and adventure, and the most desirable prey is the cougar. Young Martinez’s dream was to create a versatile working-dog:

In addition, the representatives of the breed must be strong, non-aggressive, and intelligent.

There are few breeds in the world, about the creation of which so much information has accumulated. Martinez collected books, stories, registered puppies, and kept records of failures and successes. The breeder took the white dogs of Cordoba as the basis. They have become an excellent foundation for the creation of a breed that can resist the “black queen” of American cats. Patiently and skillfully, he began to mix their blood. Dogo Argentino inherited the strong psyche from the Boxer, the size of the Great Dane, and the Bull Terrier and Bulldog gave the breed a wide chest. Also taking part were Pointers, known for their excellent instinct, strong Spanish Mastiffs, and Pyrenean Mountain Dogs with snow-white fur.

As a result, two breed lines were obtained: Guaraní and Araucana, and their representatives crossed among themselves became the prototype of the modern Dogo Argentinos. For 30 years Martinez polished the temperament and appearance of his breed, and after his death in 1956, his brother Augustin Martinez, who worked in the Ministry of Foreign Affairs, continued the business. This played a positive role in the popularization of the Dogo Argentino. The first standard was adopted back in 1928, but despite this, the breed received official recognition from the Argentine Cynological Federation only in 1964, and the International Cynological Association registered it only in 1973. 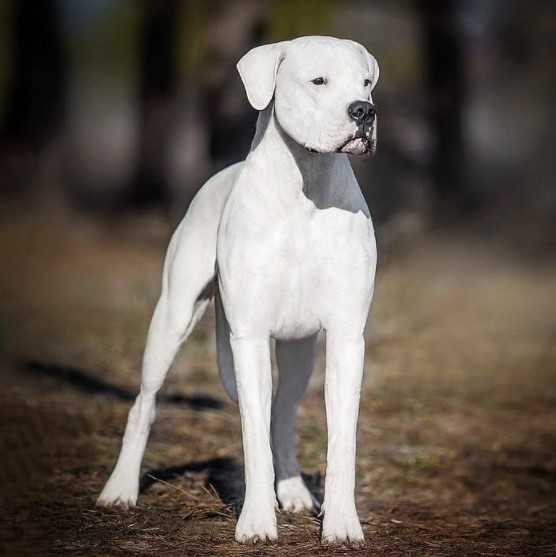 The Dogo Argentino is a robustly built, massive dog with well-developed muscles and elastic, tight-fitting skin. The height of the males at the withers is 62-67 cm, and the females are 60-65 cm. Weight is 40-45 kg.

The head is massive. The muzzle is square. A wide and large nose should be black and protrude slightly above the bridge of the nose. Scissor bite. The eyes are medium in size, almond-shaped or triangular, brown or hazel. The ears are set high, docked by 2/3 of their length according to the standard, the shape of a pointed triangle, erect. Uncropped semi-hanging. The neck is powerful, of medium length, muscular, with slight symmetrical folds at the throat.

The back is short, strong, sloping gently down to a wide, moderately sloping croup. The tail is long, tapering towards the end, slightly drooping, and when moving it rises, continuing the line of the back. The front, hind legs are strong, straight, with prominent muscles, set parallel. The movements are free, slightly springy, and well-coordinated. The coat is short, straight, rough to the touch. No undercoat. The color is exclusively white. The presence of small pigmented spots on the skin is allowed. 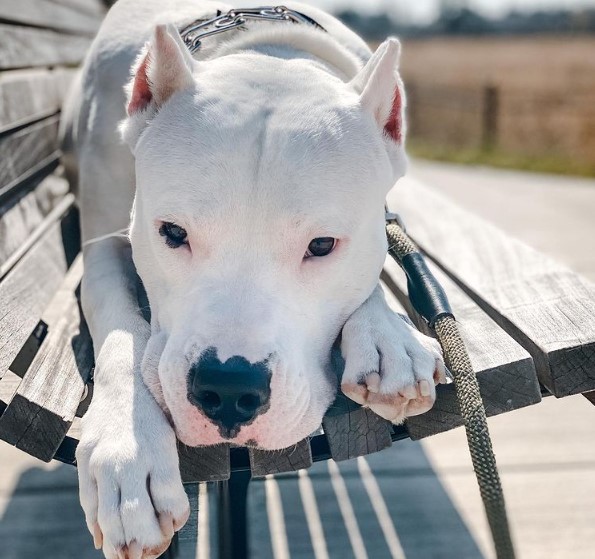 Due to its formidable appearance, impressive size, and athletic build, many people underestimate the character of this breed. The appearance of a dog is very deceiving. Dogo Argentinos are smart, welcoming, cheerful, and very loyal to the owner. Cruelty and aggressiveness towards people are considered a vice of the breed along with cowardice. Iron willpower and courage make them excellent guards.

Mastiffs are wary and sometimes aggressive towards strangers. If a pet is left alone for a long time, it begins to feel like a master and gives free rein to instincts. 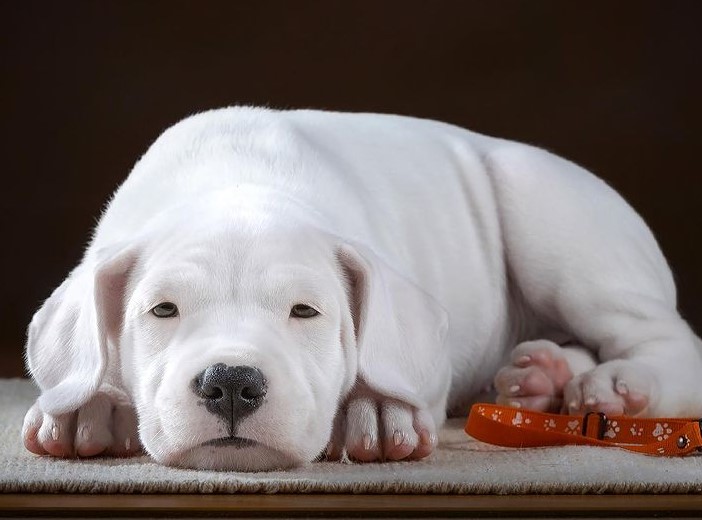 These dogs are adaptable to any environment, but given their hunting nature, a house with a spacious yard would be ideal. Argentinos get along poorly with other animals, especially males. For small animals, a bored hunting dog can also be dangerous. They get along well with children, but it is better not to leave the dog with a very small child.

There is nothing difficult in caring for a dog’s short coat. Once a week, the dog is combed out with a special brush or mitten. The pet is completely bathed only if absolutely necessary. The puppy should be taught all hygiene procedures from an early age. If mucus and debris accumulate in the corners of the eyes, they are removed. Periodically clean their ears cut their claws, and keep their teeth clean. 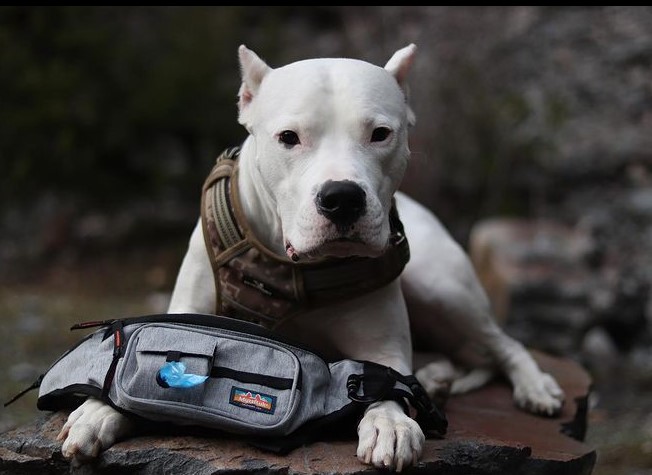 Proper balanced nutrition is the foundation of any dog’s health. It is better to feed these dogs with natural food, following an individual diet, which must include:

The puppies have a very good appetite, but they should not be overfed. If the decision is made to feed the dog with ready-made food, then it must be of good quality, premium, or super-premium class.

Dogs of this breed are distinguished by excellent health. Among the typical diseases, only dysplasia of the elbow or hip joints and food allergies, which manifest themselves in the form of dermatitis, can be distinguished. Dogs with light eyes and variegated color have congenital deafness. Glaucoma and hypothyroidism are rare. Argentinos are long-livers, with an average life expectancy of 14-16 years.