Many cat lovers have heard that there are establishments in Japan where those who do not dare to have a cat (or do not allow living conditions) can spend some time with them. A similar cafe has recently appeared, but instead of cats, visitors can admire owls, it is called the Owl Cafe. Visitors are invited to dine and hold these birds of prey in their hands. 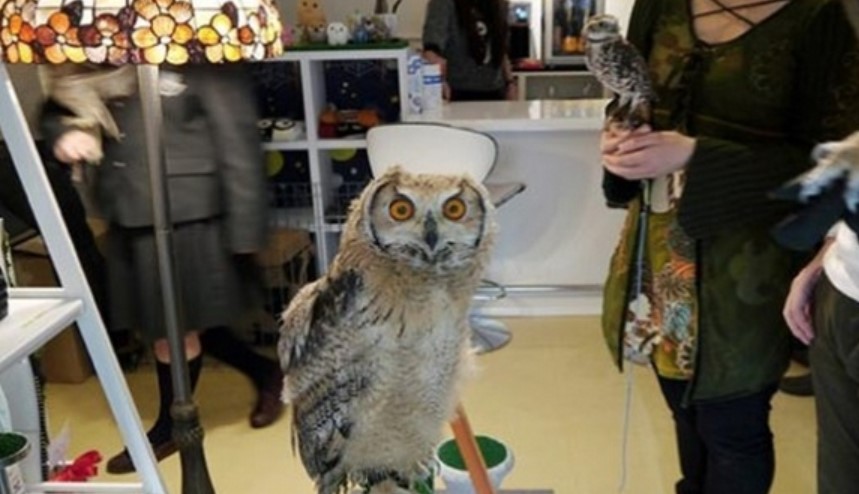 The institution is located in a fairly crowded place but does not advertise its activities too much so as not to attract the attention of environmental organizations. Despite this, it is still quite easy to find “The Owl Cafe” – at the entrance, there is almost always a line of people who want to drink coffee under the unblinking gaze of owls, because the owners do not let many people into the hall at once so as not to frighten the birds. Indoors, flash photography, video recording, and bird contact are prohibited without the permission of staff. 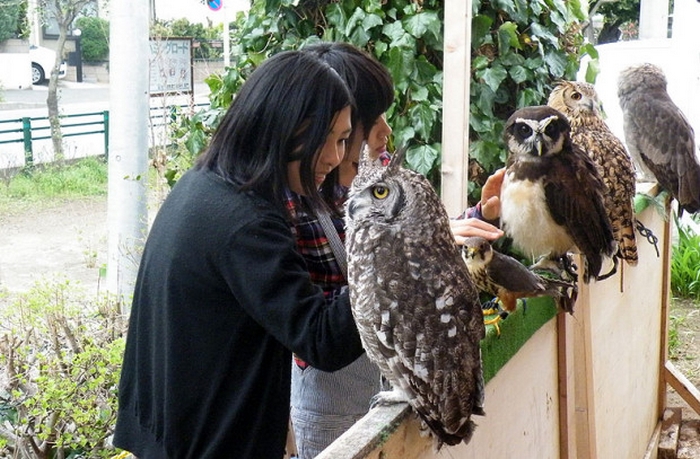 The institution almost immediately after its appearance became the object of criticism: environmentalists argue that wild birds cannot be kept locked up for a long time, especially for entertainment. Numerous checks were carried out, which showed that all birds are healthy, and their owners assure that each of their pets has 20 minutes a day to fly. On the other hand, how safe is it to keep agile and dangerous predators in the same room with people, among whom there are many children? So far, the Japanese authorities have not paid enough attention to this problem, so the cafe is still open.