The Bobtail is generally a healthy breed but has a predisposition to a number of inherited and acquired diseases that occur in some dogs.

Bobtail diseases are also found in other large breeds, but some are most common in representatives of this breed. 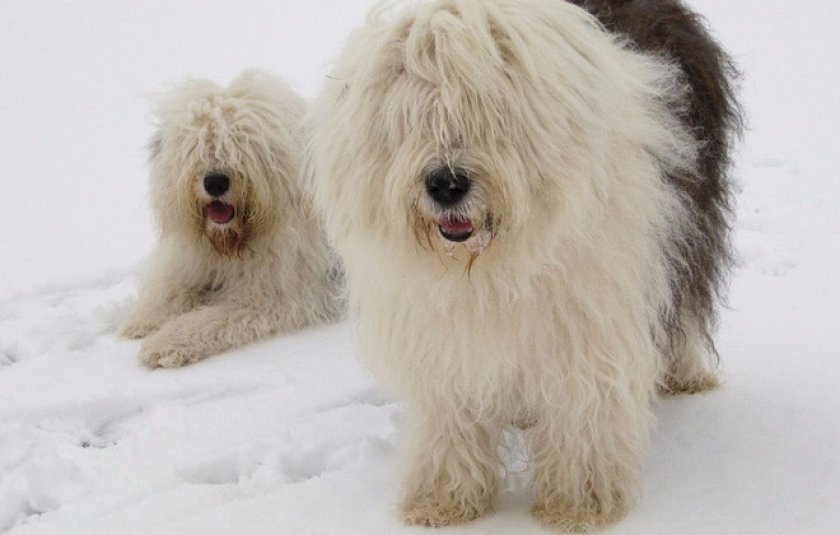 A serious condition affecting a large percentage of dogs compared to other breeds is hip dysplasia. Signs become most noticeable in old age, but there are exceptions. The dog is in pain, hardly gets up to the owner’s call, begins to limp. It is difficult to cure sick dogs, the only way to alleviate the suffering is by giving pain relievers and limiting physical activity. You can reduce the likelihood of illness by ensuring proper feeding, it is important not to overfeed the animal. Bobtails are also prone to dysplasia of the elbow joint, instability of the cervical vertebrae (Wobbler syndrome).

Bobtails are prone to eye diseases. Dogs of any age can develop cataracts, leading to blindness without timely treatment, as well as progressive retinal atrophy. Congenital eye disease is entropy. Other dangerous eye diseases of the Bobtail include retinal dysplasia – a violation of the development of the retina of the eye, which can be inherited or develop as a result of a past viral infection. Retinal dysplasia results in decreased or loss of vision. Symptoms can be noticed at the age of 3-4 weeks – puppies may have vision problems, they may bump into objects.

Without proper grooming, the Bobtail can develop demodicosis, a common disease in long-haired dogs. Demodicosis is an inflammation of the hair follicles caused by mites that multiply in the follicles in huge numbers. The disease is most often local in nature and manifests itself on the face, limbs, accompanied by hair loss. Usually, demodicosis develops in puppies between the ages of 3 and 6 months but occurs in older animals. The disease is most dangerous if inflammation occupies large areas of the body. Demodectic mange requires long-term treatment. In addition to this problem, there is a risk of developing ear infections due to the abundance of hair in the ear canals.

Bobtails are susceptible to hypothyroidism – a malfunction of the thyroid gland. The disease is accompanied by loss and dullness of the coat, darkening and coarsening of the skin, lethargy, and lethargy, signs of obesity appear, bitches may be infertile. The disease requires lifelong treatment.

A neurological disorder that occurs in Bobtails aged 2-4 years is cerebellar ataxia or impaired coordination of movement. Cerebellar ataxia is a hereditary disease, the symptoms of which are tremors, convulsions, and uncontrolled movements. Ataxia can manifest at birth or later in life, can progress from several weeks to several months, and does not respond to treatment. Unfortunately, the sick dog is euthanized.

Autoimmune hemolytic anemia, of growing concern, occurs at any age but is most common in mature (but not elderly) bitches. The disease manifests itself almost imperceptibly and slowly, or it comes on suddenly. Symptoms include loss of appetite, lethargy, loss of energy, rapid breathing, and palpitations. The disease is treated, but the risk of premature death of the dog remains.

Deafness is a congenital disease of the bobtail. Congenital deafness in one or two ears is more common in dogs with the least amount of dark areas on the head.

Other diseases include diabetes mellitus, portosystemic shunt, and bloating. Common skin diseases are allergic reactions such as itching and sebaceous adenitis.

It should be noted that bobtails are sensitive to ivermectin and some other drugs, and do not tolerate anesthetics well.

Diseases can be avoided by providing the animal with optimal housing conditions, regular care, and proper nutrition.